this is really good and welcome, awesome that yer polling the community

Is it really necessary to put Standalone Congressman and Guru in there when we have The Deceivers?
I think in general it would be nice to include ETs that haven’t come back since H1 since many H3 players may not have own that game

We’ve got this fixed and expected to roll out with our next patch. We had it on our radar but couldn’t reproduce it. The extra info we got in support tickets pointed out the 200 limit and helped to refocus the investigation - and ultimately fix it.

Is it really necessary to put Standalone Congressman and Guru in there when we have The Deceivers?

I asked myself the same thing. With the poll limitation to 20, I was considering removing them (and a few others) to make a cleaner, single poll. In truth, I saw a few comments recently about wanting to take them on individually, so I decided to try and have a full list and not exclude anything with my own bias / knowledge.

I see the combined and standalone ETs like separate targets.
I mean I would like to kill them one by one and as a Decievers as well

Are you able to tell us when the next patch is planned to release?

Unless there is a better page/topic here on the forum, I suggest going here for a refresher (I couldn’t find a basic one; I did find the “your methods” list which isn’t as simple and straightforward as I needed as a resource): Elusive Target | Hitman Wiki | Fandom

For H3 (which includes some legacy ETs) we have a good list here: 📝 List of Elusive Targets Threads

Edit: I know it will never happen, but IO could put up a poll of which ETs from the previous seasons we’d like to see return.

Me too. But I had another tab open on an image search. Some I knew, others I had to search to refresh my memory.

The Sensation is my vote, my only failed contract. I did miss a couple of earlier ones, but I want another chance at him.

From the wiki:
“ Smythe bears a strong resemblance to Justin Bieber, particularly how Bieber looked in the early 2010s. To further strengthen the resemblance, his file name is “jbjr”. “

Hi, so how can we unlock Florida suit? Normal ET of Miami not plan to be? And Serial Killer from Whitelon creek ?

The only Elusive Target outfit I’m currently missing is the tactical with hat from Colorado so i’m hoping for another chance to unlock that. Either the Chameleon or the Bookkeeper (or add those unlocks to the Elusive Target Arcade).

How about this one? 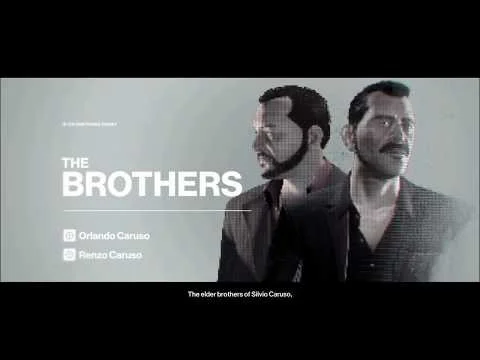 Voted for as many of the Legacy ETs that aren’t already in the Arcade as I could. If we’ve already got them available to play permanently in some form, I’d rather not see that LET slot “wasted” on something we already have access to.

oh yeah what happened with that

I guess it got scrapped because it’s the only three objective ET (that we know of) for difficulty reasons, possibly after The Fixer’s difficulty “issue”.

hopefully they give this to us

Voted for the most underused ones - The Sensation, The Pharmacist, The Ex-Dictator, The Warlord.

Also for the two I consider the best - The Bad Boy and The Deceivers.

Really hope to see them as either ETs or ETAs. Both would be perfect!

I hope that some of the Legacy Elusive Targets reappear also under the form of Elusive Target Arcade. It would give an opportunity to play them again.
I’d love that new ETA batches would be released throughout Year 2 in addition to classical ET contracts.

@Travis_IOI
I think it’s great you guys are asking us even if it’s just to guide your hand. Now “turn up my tunes.”