What are your favorite loadouts?

Haven’t seen a discussion for this yet, so discuss what you like to take into most missions, what works functionally/aesthetically. What are your favorites?

I’ll start with some screenshots I took of things I thought go well together: 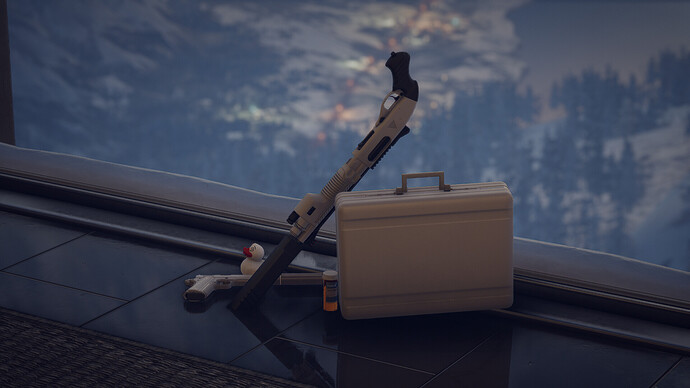 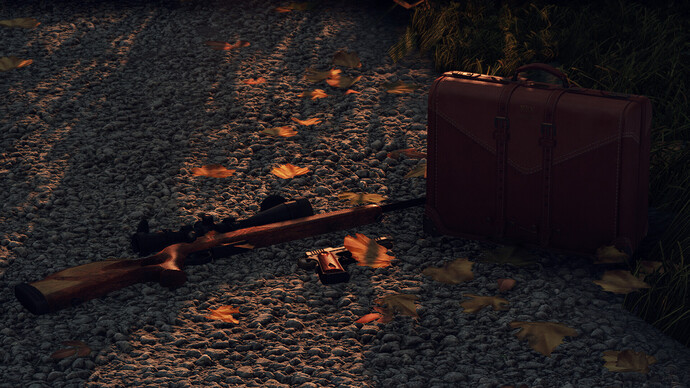 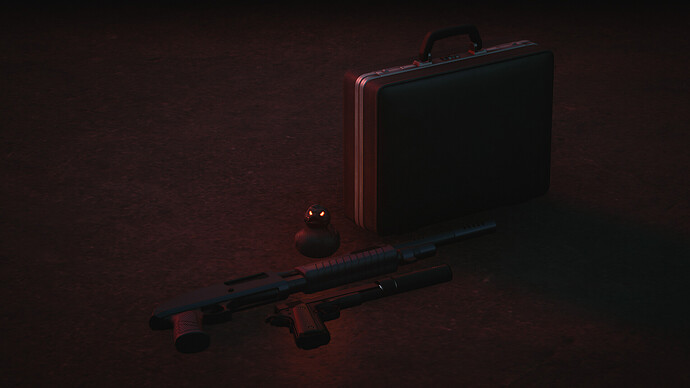 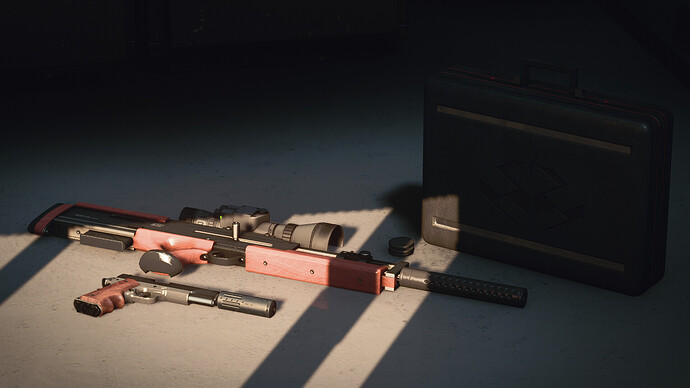 for me, functionality-wise: silverballer + crowbar + coins. nice and simple

Thanks! Don’t want to admit how long it took to place that shotgun in Hokkaido.

Krugermeier, lockpick and coins, with a smuggled EMP or micro taser.

mainly because the crowbar opens more things than the lockpick, plus it doubles as a melee weapon and throwable distraction.

i used to bring a lockpick always in H2, but H3 has a bunch of fuseboxes and stuff like that

The dealbreaker against the crowbar for me is that it leaves doors permanently open, and I’m not a good enough Hitman player to play without some privacy, goddamnit.

For me it’s Silverballer, garotte, coins and lockpick.
Anything else I usually can work on.

If I wanna play it would be concealsed sniper or rifle, explosive and some funny item like a fish

Depends on my humor.

Classic boring man’s loadout, except when I decide to try something with a sniper rifle. The Golden Dragon is definitely the best one. Most of the time I just use the default loadout, just not with ICA19 but with silverballer or blackballer. If I decide to massacre everyone I usually take RS-15 and proximity demo blocks lol. 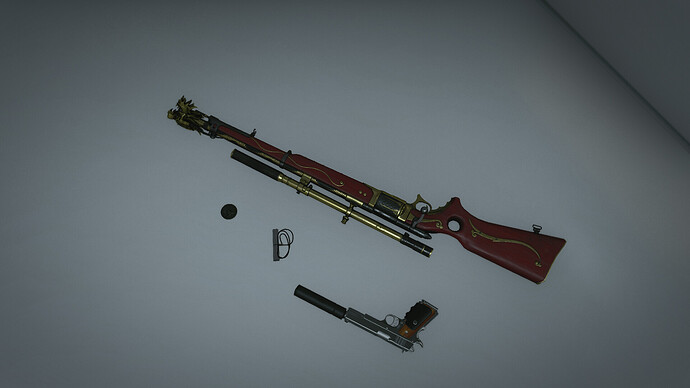 All great choices so far.

My HITMAN 3 load out so far has tended to be 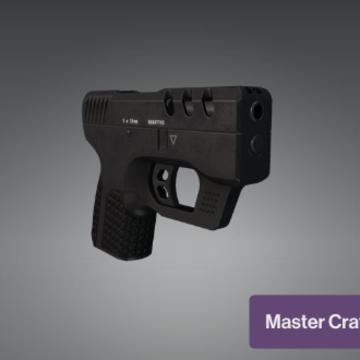 For smuggling through frisks. 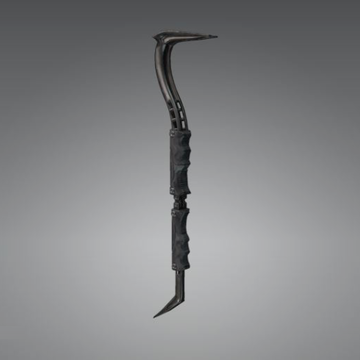 For reasons mentioned above

& for Snipers the Jaeger 7 Tuatara 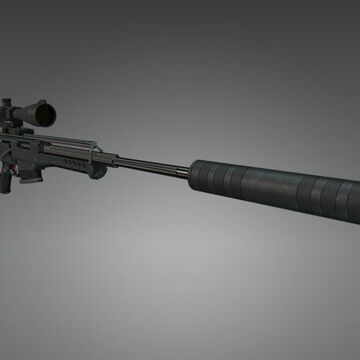 It has 3 levels of Zoom, Slowdown, suppressor & body piercing rounds.

I vary a lot when it comes to the pistols and suits but my tools are normally bring either the ICA Titanium Crowbar or the any of the lockpicks, except the MK2 one, plus the extra slot that I leave varying depending of the map.

For example, sunny hot places are normally where I use the Absolution Suit and Silverballer, meanwhile I go with the Black Trinity or Black Lilly for nocturne/early morning missions or more temper climates while wearing 47’s Signature Suit, Blood Money Suit or Winter Suit.

Patient Zero is the campaing where I favor always wearing the Blood Money suit and the ICA Chrome (until that pistol is implemented in H3, I will keep using the White Trinity one).

Still, right now my main outfit everywhere is the Neon City suit just because I love that navy blue raincoat!

Up until H3 it was only the Black Lilly , crowbar, EMP device.

Coins are very useful but there are plenty of them to find in the Levels, so i rarely take them.

When playing a map for the first time:
Krugermeier, lockpick (I can’t stand locked doors) and a lethal syringe (easy kill, especially for SO/SA)

When replaying:
Krugermeier, lockpick and the one and only, good boi: 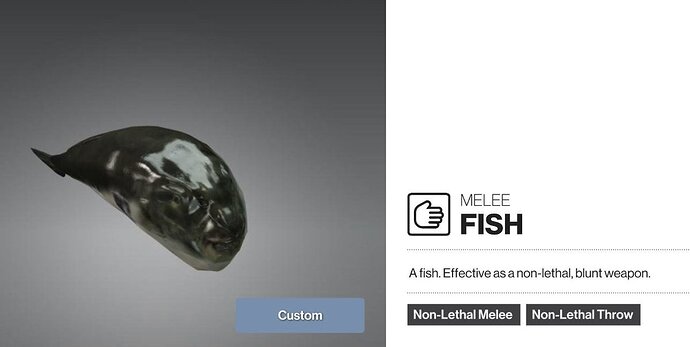 Good point, I guess I never really use coins as a loadout item, my brain malfunctioned. I usually use a briefcase even if the item isn’t required for one. Especially useful if you want to create an endless weapon lure with the emetic device. I hope you know what I’m talking about @MrOchoa lol.

I loved the Casual Suit with Gloves (black short sleeves from the Bangkok ET) for a while. Then it was the Suburban Suit with gloves.

Lately I’ve been using a Kalmer/EMP/Crowbar combo, and it’s quite good.

A slightly OP free KO, arguably the most versatile item in the game on par with coins, and a universal lockpick.

Also, a Tropical suit in summer locations, a Requiem suit in official locations, and the Winter suit in Hokkaido. Or a clown suit everywhere, it works too.

I almost always take the briefcase, even if I just stick the fibre wire in it or something. I like that it essentially just becomes a default melee weapon without needing to take an extra slot. I also like it aesthetically. Something about 47 in the signature suit is something I dig, purely for nostalgic reasons.

Otherwise, usually a silenced pistol (Silverballer more often than not), coins, and a lockpick. I find that works best for me on a first playthrough.

Wow, those are some super aesthetically pleasing pictures! Especially the first two with the backgrounds. Awesome work man

I usually run with Krugermeier and Lockpick. I dug out an old picture I took in Mumbai of my favourite loadout. Tbh not on par to your awesomne shots in terms of quality, but still quite atmospheric: 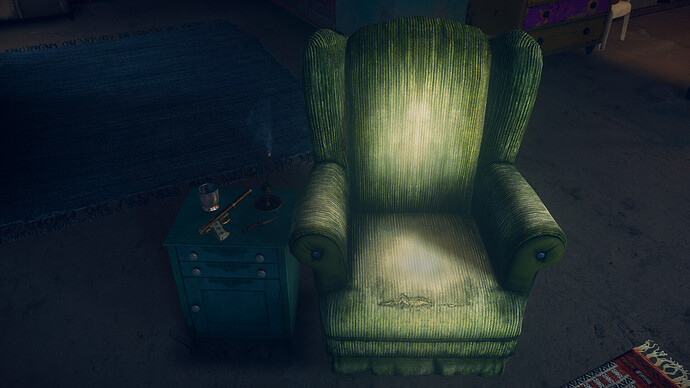 Unless I’m doing something I know i’ll need a specific item for, I only ever bring a lockpick (Mk. III now but any of them will do), Gold coins (worked too hard on Tuppence a Wish to use anything else) and the Shortballer (used to be the Silverballer but changed it when I got the better looking Short version). My go to suit is now the one you get from the Lee Hong escalation.

I usually use the default loadout with a lockpick stashed in the level, though I do change to silverballer pistol for accuracy. I just like having to find everything else on scene.

Exception would be if I’m going for SASO, especially on master, and know something would really help with that like the keycard hacker.