What are your most played games?

I’m curious about what games you guys have the most time on. I have about 300 hours on Hitman 2 and Modern Warfare 2019. I have about 100 on Mirror’s Edge Catalyst and on Steam I have 120 hours on New Vegas.

Star Fox 64 if we’re talking about all time.

Fallout New Vegas if you mean in like the last 10 years or so.

This isn’t including the Hitman games which easily win both categories.

I tend to come back to games I can just chill out in. I like buying and playing smaller indie games too but I rarely revisit them

My top 10 most played games 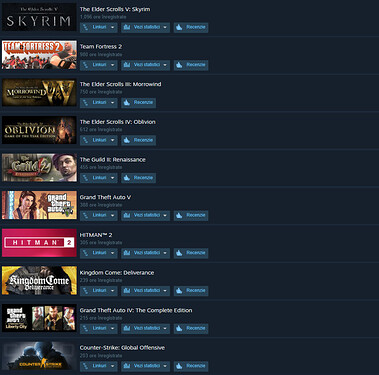 Also special mentions are the S.T.A.L.K.E.R. and Assassin’s Creed series

I tend to come back to games I can just chill out in.

This is the reason I have spent so much time on New Vegas. It’s so easy to get sucked in wandering wasteland.

If we go by hours

At this point I only play 2 games. Warzone and Hitman.
I often start a marathon of the old games from Codename 47.

I just checked the wrap-up website for my PS4 profile, here it shows my top 3 most played game in 2020:

I was honestly surprised that I spent a lot of time in Legion despite it was released at the end of October, 2020. The first two, though, I’d suppose it takes plenty of time to customize cars and play contracts. 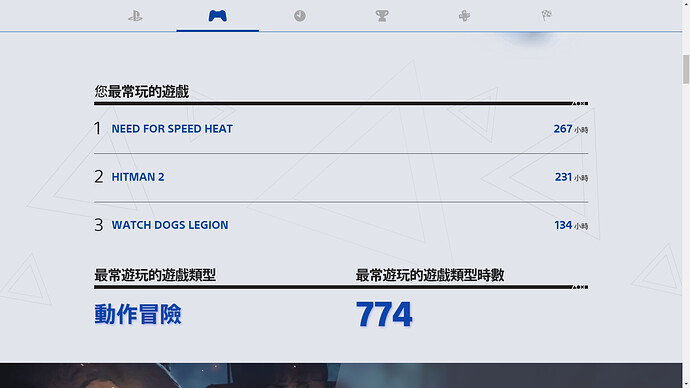 If you haven’t checked it out, the web service seems to only run until March 2nd, 2021. So you better be hurry, PS4 players!

I feel that. I have 87 hours (I know that’s nothing in comparison) in Forza Horizon 4 and regret every single one.

I never knew about this

This is not the whole thing to be honest. I spent a major time of my childhood behind my uncle’s PC and the only game I was allowed to play was NFS: Most Wanted. I have a huge history with that.

The original or the 2012 one? I’m presuming the original.

I have 87 hours (I know that’s nothing in comparison) in Forza Horizon 4 and regret every single one.

Aww, in the meantime I still quite envy you and hope PS system will have a similar open-world festival-themed racing game. GT still remains as a close circuit racing title. The Crew 2 has a similar vibe and an interesting car list, but I quit it and its Summit event grindfests since Heat came out. Heat didn’t receive as many post-launch supports as FH4 since the developer was shut down by EA.

Well then, now I will put my hopes on NFS 2021 and TD Unlimited: Solar Crown. The latter gives me more hopes because of generally good reviews of WRC 9, plus I’ve been waiting for a TDU sequel for a long time.

Sorry for off-topicing this bit. I hope none of you will be bored by this racing game rambling.

In terms of sheer playtime according to Steam and GOG…

These are my biggest timesinks of the last several years. Unfortunately i have no stats for Hitman Contracts or Blood Money but they’d be in the 500+ hour mark for each i reckon.

Aww, in the meantime I still quite envy you and hope PS system will have a similar open-world festival-themed racing game.

It’s not that it’s a bad game, it’s fairly decent, its just that they haven’t done anything to change the Horizon formula since Horizon 2. There are seasons, but all they really do is change the weather.

If you really want to play a Horizon game, you could probably find a cheap used 360 and play the orignal one, which I consider to be the best in the series.