What could a possible snowy Ether map look like?

I’m making this thread separate from the thread about the next Hitman map because this is about a specific idea for a map.

Ambrose Island seemed to have a lot of hints pointing towards a future Ether map, possibly in a snowy location. Since it is likely we won’t be hearing about this map until after Freelancer is released (if the map even exists to begin with), I think spending all of the remaining time between now and its release rampantly speculating is a valuable use of our time.

It seems to be the case that although Ether has suffered many setbacks throughout the trilogy, including the Johannesburg bombing, they seem to be going as strong as ever. Perhaps this mission will be about making sure they go down and stay down.

One possible idea (that someone else came up with) is that Ether has recovered Grey’s body. With their next-gen biotech, who knows what they could do with his, and by extension 47’s, DNA…

Alternatively, this mission could be placed between Haven and Dubai, but I’m a lot less sure about what that would mean for the plot, since Ether still exists by the time we get to Mendoza. Perhaps a recreation of the Caruso virus, as many have suggested.

c a n a d a location

There’s two ways I see this going down:

In this version, heading to Ether’s DNA storage facility (which I think is safe to say is synonymous with the Ark Society’s DNA Vault Initiative) and eliminating someone there would have to somehow aid the gang further in their journey to Sgail—without spooking Providence and risking the Constant canceling his trip to Sgail (same goal as Shadows in the Water). Without rehashing what we achieved on Ambrose, I fail to see a way that this can be done effectively.

I ask myself—what more do they need to know or do, figure out the Ark Society dress code for Patrons?! Receive an invitation?! Remember, even though this facility presumably has a connection to the Ark Society, the gang heads to Sgail with almost no upfront intel beyond the Society’s “shopping the latest survival products” as Grey states in the Sgail intro, which suggests they don’t know anything about the Initiative. Were a level to occur here, I don’t think the gang can ever learn the coincidence that this place is ALSO (presumably) an Arkian operation.

I’m also unsure of where exactly this version would have the mission occur in the narrative without contradicting, altering, or muddying the current story. Even after eliminating someone there, however, it’s still possible to have the facility active by the events of Mendoza as you said.

Overall I do think this would make a cool mission, and finally set us in a proper snowy environment. Judging by the small pic of the pamphlet, the tundra has patches of snow and maybe grass, which to me suggests Iceland with its diverse landscape. So, near- or full-on Arctic. Not to be confused with the Ark Society’s other Arctic projects such as Hyperborea and the Svalbard Stronghold (also not to be confused with the real-life Svalbard seed DNA vault!)

The fact DNA would be stored at the Ether site shouldn’t go to waste either; I’d like to imagine procuring or destroying some rich asshole’s DNA data might be an objective. Would be nice to see our favorite Providence family names on the labels as Easter eggs.

Ridiculous idea: What if it was a storage facility hidden underneath a ski resort? That way everyone gets what they want. (except for the airport mission fans and the cruise ship mission fans and-)

Slightly less ridiculous idea: The Constant knows he cannot eliminate 47 head on, so the Ether facility is combining the Caruso virus with the remains of Ort-Meyer’s research (or Grey’s body?) to create a virus that only targets 47. Essentially, if he can get it to spread throughout the global population, then nowhere is safe. (Unless 47 wants to spend the rest of his days doing only sniper contracts.)

Not sure who the targets would be though, I feel like “evil head researcher” is getting a bit tired at this point. I also feel like this kind of mission would inevitably lead to a “destroy the virus” objective too.

Obvious problem with the mission idea is that there’s nowhere in the timeline to put it, the Constant doesn’t become a serious threat until he orders the Berlin contract I think. 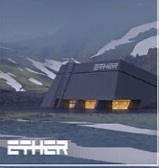 The pamphlet mentions it’s advertising Ether’s public services with this ‘Platinum’ package. So we may have the modern DNA storage facility pictured, and a nearby rustic, wooden lodge for the wealthy clients and Ether executives to visit. 47 could become Tobias Rieper for the fiftieth time and arrange a tour as a potential client. We’d get a target in each area and delete some data.

I think canonically, it would have to be set after Mendoza, as Ether’s DNA storage is still mentioned as being part of Edward’s plan. Or maybe the data wouldn’t get deleted in this potential mission. Who knows?

All this crazy speculating over a little piece of paper!

It looks doable for a good mission! That area near the bottom looks like some sort of fancy modern “reception area” or something. I’d expect there would be something like 1-2 targets and then definitely a “delete DNA” objective.
I’m thinking either a specific person’s DNA or the Caruso virus again.
My favorite part of the game is fancy modern-looking areas like Hokkaido so I’d certainly want that.
Maybe something with that sort of “scandinavian modernism” that I tend to see in architecture up there, granted it’s somewhere like Norway.

I think canonically, it would have to be set after Mendoza, as Ether’s DNA storage is still mentioned as being part of Edward’s plan. Or maybe the data wouldn’t get deleted in this potential mission. Who knows?

Unlikely we’d ever have it after Mendoza considering he gets poisoned and abducted, or after that, considering Providence was dismantled and 47 has the one year sabbatical; I’d like to think he “retired” from everything during this time.

So, I’m leaning towards it being an earlier mission, without any disastrous consequences.

My bet is on Greenland or Iceland, which gets us close enough to the North Sea to make it in time to the Ark Society gathering.

More baseless speculation: The Ark Society only grants membership if you can verify your identity with your genetic information. Obviously, 47 can’t submit his own, so they need to steal someone else’s. They’ll need to be eliminated so nobody can find out that there’s someone pretending to be them.

I hope there will be a new map

If not, at least we can dream

One possible idea (that someone else came up with) is that Ether has recovered Grey’s body.

But I like the idea of some fancy facility. I dont know why but Greenland was the first thing that came up to my mind when I saw that pamphlet. For me, there could be more snow than on the picture though. Just make everything full of snow!

And since it’s public, I like the idea of some kind of Hotel near. Or huts like in Haven.

I thought of this too! However I realized the catch is that 47 arrives to Sgail as a tuxedoed Patron (like other NPCs not wearing robes), not a member. Becoming a member, as we know, cannot be bought—only earned (via the initiation token search). The Ark membership booklet is a piece of intel in the level that explains the tiers and I doubt the gang knew this beforehand.

How they learned what to wear, the mask, getting an invitation at all…maybe that’s the angle here, somehow. I’d be interested to revisit Sgail and see if there’s any clues as to how exactly Patrons get invited in the first place. Perhaps it’s a “genetic invitation” to make sure you’re of “high pedigree,” but that might preclude the notion of Patrons shopping for the DNA Vault Initiative in the first place.

Yeah, the amount of pamphlets is very, very suggestive.

If real, I hope it gets the same Ambrose treatment to have a good chunk of social/friendly areas and not just hostile areas! And recurring, familiar NPCs too, always cool to spot them around.

How they learned what to wear, the mask, getting an invitation at all…maybe that’s the angle here, somehow.

Don´t forget Grey had an informant on the island. Chances are they got that sort of information from him (that and/or Olivia just hacked them…).

This is probably how it worked, yeah. As easy as that.

Interestingly, the informant is William Garrett in Contracts Mode, one of the two raiders in the Hyperborea security room. Remove the other Raider, Adrian, and Garrett will pick up his phone and leave an angry voicemail for Grey about how him spying on the Ark Society fulfills an old CICADA debt. I think this might be the only time IOI has showed us who any of Grey’s item-smuggling informants are.

I think this pamphlet is placed on purpose, to tease a new map, like New York Bank teased Haven.

And now, where to place this hypothetical location. Definitely not after Ambrose Island, because even Grey in cutscene said that attack on Ether before Isle of Sgail, will raise the alarm. I personally think, there is 3 possible places in timeline - before, or after New York, or after Carpathian Mountains.

According to possible location, I was thinking about Svalbard, like @Covenant said, Heard Island and McDonald Islands. (In Splinter Cell: Blacklist, one multiplayer map, called as Virus Vault was placed on Heard Island - that’s where the idea comes from) or even Antarctica. I personally think that Greenland is not possible because here ICA Facility is placed.

Whole idea of going to DNA Vault is very interesing. Why are we going there? Somehow the Sapienza virus survived? Or maybe Providence put 47’s DNA into storage? For some time they had unlimited access to the Agent’s body. Things to consider.

These are some brilliant theories folks!

And now, where to place this hypothetical location. Definitely not after Ambrose Island, because even Grey in cutscene said that attack on Ether before Isle of Sgail, will raise the alarm. I personally think, there is 3 possible places in timeline - before, or after New York, or after Carpathian Mountains.

With some finesse, I think it’s still possible to have the level take place after Ambrose. We don’t need to “attack Ether,” maybe it’s more of a covert retrieval of DNA data. And the target doesn’t need to be an Ether employee, either—could be someone impeding or frustrating Ether efforts nearby. We’d be doing Ether a favor unbeknownst to them.

I disagree about New York. With New York’s cutscenes, there’s no room in the story to insert the Ether level. Post-Sgail, “A Bad Hand” is retold in New York’s briefing cutscene, and after New York, we “go to paradise.”

There’s always a possibility after Carpathian but I think IOI gave 47 a rest. He took the one year break as we all know, and to target Ether and an already-dismantled Providence makes little sense.