What do you think or know about players get early access 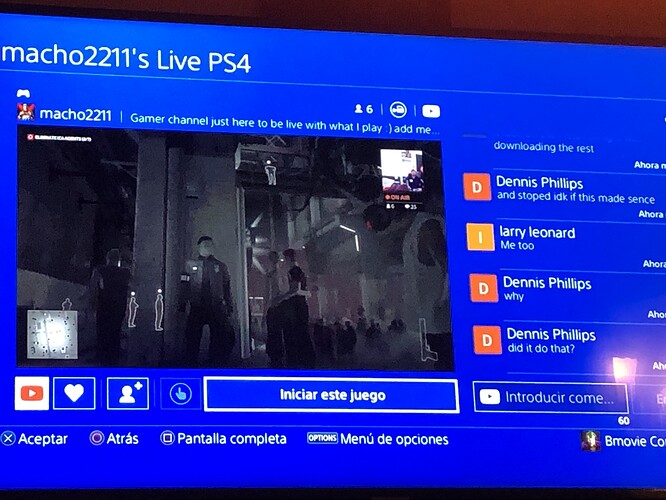 Continuing the discussion from Hitman III PS4 with PS5 Purchase?:

People saying some stores (I assume offline) began selling the game 4 days earlier than official release will happen.
There is no announced or official early access for this game as far as I know.
Well, if IOI quietly allowed some stores to sell the game earlier, I guess this might be called an official limited early access.
That’s all I can say

Nah, iOi didn’t specifically let any retailer sell early but some copies will leak into the wild…happens every time to every game, it’s inevitable and unstoppable.

The most likely answer is: some stores around the world opening the game or some shitty time zone change

Some small family-owned stores purposely break street dates because then it causes people to come and buy the games from them rather than buying it digitally.

It’s a way for those small stores to convert people who wouldn’t have made them money, to those that do.

It’s not about IOI or Hitman, all the games in my country are available 3 to 4 days before the launch.

That was exactly the same with the big games like RDR2, Ghost of Tsushima or even Cyberpunk 2077

What I think about it? Easy, I don’t, I will get the game soon enough… on release day, so it dosen’t bother me.
If I didn’t pre-order the game, I could use videos from early access as a early review

Not uncommon. Happens. Good for them. Should resale to influencer twitch e girl for triple price.

Yeah I was thinking the same , in fact I didn’t watch much apart of briefings, menu and xp,

no rating for him in this case 0 points in Dubai

I know right? It’s like they never played a Hitman game before

People have had it since the 14th. Dude has platinumed it basically before it’s out.

To be fair that’s not very surprising, not a lot of people are as interested in HITMAN as some of us are. They usually have played a game or two but still don’t take the time to master it.

On the topic of this though, I really don’t understand why as of recently the reviewers are getting all shunned for not playing strictly SA. There is no right or wrong way to play it, it’s a sandbox and is basically marketed as a game based on your freedom of choice.

And even some pretty dedicated HITMAN players don’t go all no non-target kills and whatnot.

I get that some of us that try to play in a more Silent Assassin playstyle (myself included) might slightly cringe when we see five NPC’s getting murdered with a Fiber Wire when they could have simply been knocked out but is it really that bad? I’ve seen this talked about on YouTube, Discord and here.

I’m with ya. I play Hitman more than any other game. I’d considered myself a dedicated fan. I finish each mission on the hardest difficulty SA/SO bc it’s fun and for the rewards (suit or whatever), but most often I play different ways. I’d say half my play throughs are not even SA. I like using all the different weapons so I will eliminate a guard here or there. It’s what might have gotten you a “professional” rating back in H2SA.

To be fair, when it’s all new to you, you don’t play “properly” at the beginning.

Thanks to Sapienza’s rolling midnight release, I was the first one to stream the location on Twitch (and was the only one for hours and hours) since I’m on New Zealand. Months later when I finally joined HMF, I stumbled across a thread with the link to my stream and I was being crucified for how I was playing.

I was apparently constantly dying, getting spotted, killing non-targets and other things just like these people with the review copies. And at the time, I was still quite new to the Hitman series as I started only a month before with Paris (which I only played once and shut down the game after finishing it and didn’t go back until Sapienza was out).

Cut them some slack as they aren’t fans of the series like we are, they’re mostly people just playing it as part of their job.

This is a great take. As much as we love to gatekeep here, we were all new at some point. Bit frustrating to see new folks play ahead of the rest of us and spoil the game before release (been avoiding it like the plague), but it’ll come in due time

I really don’t understand why as of recently the reviewers are getting all shunned for not playing strictly SA. There is no right or wrong way to play it, it’s a sandbox and is basically marketed as a game based on your freedom of choice.

True, people can play how they want., that’s the beauty of the game. But i think it has to do with the fact that these people are getting early acces, showcasing the game before anyone else, and just being terrible at it, which can be frustrating to see for experienced players.

And it’s not just the big fans either. With H2 on gamescom (months before H2 was released), all the devs of IO were very frustrated aswell at how all these news reporters had absolutely no clue about what they were doing, leading to article/reviews that completely missed the point of the game, and thus misrepresenting their product.

I tend to feel the same way: Once the game is released and open to everyone, i don’t care, people can play how they want. But imo if people are getting early access i want them to be somewhat decent at it, atleast knowing what they are doing with a game like this.

I completely agree with Frote7. IOI and all companies/developers set their timeline for releasing their product - they provide their chosen reviewers with the product and are under strict instructions not to release their articles/videos until the appointed date/time. Similarly, they instruct stores to do the same. There are ocassions where stores will provide the game earlier or ship it as scheduled but courier/post will deliver it sooner.

Usually they will ship the game the day before with a next day delivery to meet the release timeframe.

Any premature release or leak can impact the company, that’s why it’s always managed.

We’re also not mentioning the simple “person who works at GameStop or similar store takes a copy home early.” I went to high school with a kid who always had games early bc he would take them home early from the target he worked at after school. This was before the days of twitch and even really YouTube, but I’m sure this still happens today. Things have been “falling off the back of a truck” since before trucks existed.

Yeah I get you, frankly though that’s just to be expected at this point. Dedicated fans rarely are the ones doing early reviews from what I’ve seen. I wasn’t interested when HITMAN™ 2 released so I didn’t know that.