Who is your least favorite target in the WoA trilogy?

Not sure if this has been done yet, but I’m curious as to what you guys think. For me personally, two of my least favorites are Claus Strandberg and Reza Zaydan because I think they are white bread when it comes to their lore/personality/even gameplay wise.

I’ve have to say the Mumbai targets (just cause I don’t like that map). For just the target, without considering the map they’re on, the Washington twins, because there just isn’t any good reason to kill them. There is no lore other than “constant could be killed if they live” so we could just as easily have knocked them both out as long as we got the kill switch.

What did Alma Reynard ever do to you?

It’s not her specifically, it’s just that there’s not a lot of cool ways to kill her, other than the smothering, and that’s done three other times across WoA. Also, having to maneuver through her house with her bozos moving around is kind of annoying. So as beautiful as I think Hawke’s Bay is, I try to avoid going there.

Both of Chongqing targets. Imogen Royce and Hush.

I mean, their dynamic is interesting and they were made to show that the ICA was growing out of the use of people like 47. All with a shade of current fear on surveillance and algorithm based manipulation. So still good.

But them being the representative of the ICA for its destruction ? Meh.

Also in gameplay term : small routines and no tthat many way to manipulate them in interesting way (the sniper one is a good mission story, one of the best one, but is kinda single use opportunity wise). I’m still disappointed that there is no way to bring either of them in the city proper.

I did not care for Gonzales and Dylan Narváez. 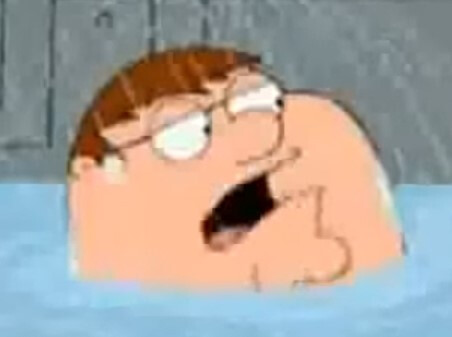 Not least to mention that they are both enforcers in one specific ET arcade blunting any ideally variable approach, this ET rewards an odd spawn placement in Sapienza and inconvenient RNG inhibited from the twins that never really brought my interest. Also their hair is dumb as fuck.

Ken Morgan. Most bland target ever. This guy has only a handfull of kill opportunities and even those are bland. There was once speculation that he was the guy from the Contracts announcement trailer and I wish he was so we didn’t have to kill him ourselfs. I get his presence in the story but IO couldve done a better job with him.

Ken Morgan is difficult to isolate and has a very grating voice. you have to position 47 on the stairs, shoot a chandelier, and hope you kill him. every other method I’ve tried SASO is too risky and unreliable

Dawood Rangan might be up there for me, but it’s for a more personal reason: when 47 is dressed as an artist and asks for compensation, Rangan says he’ll “pay in exposure” and that he should be grateful. as an artist who has heard that exact excuse before, that made my blood boil lmfao

Ken Morgen too, both for the personality and gameplay
the voice and the never-satisfied tone he uses when judging the hotel, scolding the staff and criticizing the food is really annoying
and he is also a hard guy to deal with in gameplay. I can hardly name a third quick method to kill him after poisoning the food and shootig down the chandelier. He is hard to be isolated, has a super alert, never-distracted, blind-to-weapon personal bodyguard, and the most annoying, he is definitely in love with that bread bucket in the kitchen. Almost every time he is made sick he goes to that bucket, making emetic poison a total lose on him.
(Poor guests who eat the bread later)

Ken Morgan is difficult to isolate and has a very grating voice. you have to position 47 on the stairs, shoot a chandelier, and hope you kill him. every other method I’ve tried SASO is too risky and unreliable

Poisoning one of the foods and just waiting for him to eat it is one. You can also, as long as you don’t mind saving and reloading if you should mess up, but you can use a non-melee method to knock out the guy with the note for Morgan, or knock him out with melee and hide his body in the crate on the roof, then place the note where it belongs at the front desk and wait for him down in the basement, then get him once everyone leaves the room.

I’m going to add myself to the Ken Morgan haters list. Just hate his route and his snark.

The Berlin targets. I appreciate the ICA agents thing, them being armed and big freedom of completing the level, but their personalities couldn’t be less diverse and boring, same can be said about their behaviour.

Ezra Berg. Really bland. His only shtick is his appearance. All he does is go back and forth between the shed and the basement, and his “interrogation” is absolutely worthless. Ask a direct question, immediately up the dosage, repeat - I doubt that would work even on a cooperative person lol. Overall, he doesn’t live up to the hype imo.

all of the methods you named take a lot of effort, are not simple, and not that easy to pull off (I mean, as are most things in Bangkok. it’s just the way the level was designed)

Poisoning one of the foods and just waiting for him to eat it is one.

that’s one of the most infuriating things about this guy, the dish that he decides to selfishly nibble from is randomized!

He always starts with the third one (the middle one). If you skip the opening cutscene and run to it, you can poison it easily. No one is nearby , and the cook has always his back turned.

As a concept, I think he’s the only short routine no real native opportunity public target. I feel like he was made to explore the idea of “you need to actively make the target move if you want an opportunity”. (he is literally waiting in universe). The execution is unique, if not the best. But I would be curious to see what the same concept would be done now, with all the experience of the team.

Ken Morgan for personality and route, Imogen Royce for being extremely boring

Viktor Novikov, because for some strange reason I like him. May be because Dalia is so insufferable.

He always starts with the third one (the middle one). If you skip the opening cutscene and run to it, you can poison it easily. No one is nearby , and the cook has always his back turned.

and yeah, you have a good point about his routine. seems they were still experimenting. if the rumors of yet another map are to be believed, we may find out what a new target like that could be like…

Viktor Novikov, because for some strange reason I like him

Viktor Novikov is the best target.
Nothing more nothing less.