Will we get DLC in Hitman 3?

Whittleton Creek could use a Christmas mission for this year’s celebrations.

I agree they probably don’t want to announce anything and possibly run into the problems they had in H2 with meeting the expectations fans had. I’d also assume that game sales might play a part in if they want to support the game with new map DLC after launch.

Now that the world of assassination is complete it would be really cool if they continued to release new maps and remixes of old ones every once in a while to add to it. I would really like to see that, but I’m pretty sure the game would have to sell well to have that happen. The game Payday 2 has just been dlc drops for years at this point and still seems to be going strong(though I don’t really pay much attention to it anymore so I may be wrong), and I’d love for something like that to happen with Hitman.

No DLCs. This is the end. Buckle up. There is going to be long wait after H3 for any Hitman related update. Maybe this is where the series will see its end. I hope not. But there wont be anything new at least 3 to 4 years.

I hope for bonus missions ä la Abiatti in Sapienza. That would enhance the scope of the game and also contracts mode by a lot with relatively fewer effort than conpletely new maps.

I think it is better if they wait to see if they can mange to deliver such bonus missions, and do it then, than to announce it now and fail to deliver.

I’m thinking: IOI created Hitman, they will not just abandon the story of 47, so… Why not release one, 1, DLC map for Hitman 3 - a map meant for whatever-Hitman that comes next, a prequel to the start of the next 47-project?

Next they’re going into the world of James Bond (I can’t wait for that tbh!), but eventually they will return to Hitman. So create the prequel to the start of something next that will turn up in a seven years or so. Give us a game and one DLC. Something to look forward to, short-term and long-term!

They better at least unlock all previous content instead of pulling the shit they did with Holiday Hoarders on Hitman 2 when it was a permanent part of the first game. They should also make all elusive targets permanently available before cutting off support in the end.

I think DLC will be dictated on Sales for the game. If HITMAN 3 does well they will put resources into making a few DLCs. This could be like Patient Zero where they rework levels to tell a new self contained story or and what I’d personally hope for is one or three levels that are remakes from prior games.

It would be nice to see how levels from the original trilogy translate into the current formula.

Codename 47 it could be one of these

In terms of Mastery Levels around 10. That may seem small for people, but these are remakes and a lot of us know the levels inside and out.

Silent Assassin could be.

Anathema could have 10 Mastery Levels and the Malaysia Levels could have either 15 or the standard 20.

This selection was a little hard, but between 10 or 15 Mastery Levels.

An easy way to justify a remake would be to do it as an “in game remake” by using the ICA training facility. They could cardboard wall it up as a new challenge for initiates and then have 47 give it a try to see how they did.

I’m not sure it’s a good idea, but it is an idea

They can reuse a lot of Assets for these levels so it can work.

But there wont be anything new at least 3 to 4 years.

Oh my god, I hope it will be sooner, but probably not, maybe my Cyberpunk 2077 PS4 version will be playable before the next Hitman comes out?

It seems it’s confirmed we will get Bonus Missions, right?

Can’t have more hype than this

I think Anathema will feel like a veeeery limited Sapienza mansion nowadays. But combined Basement Killing, The Graveyard Shift and Jacuzzi Job into one level.would be a dream come true.
Also I’d like Invitation to a party, although it would probably also feel like a very limited Paris.

That would also be a fun way of doing them. Just as 47 has to prove he can do Soders’ first hit on that soviet base, new initiates can prove worthy by mastering 47s’ most famous hits

i really dig that idea.

Shit, where was this confirmed? Link 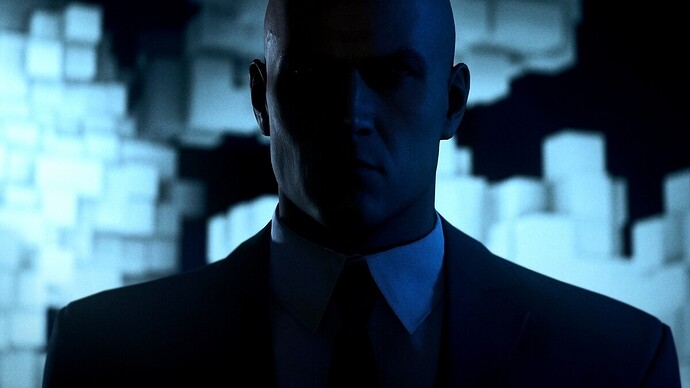 " There’ll also be post-launch support, though unlike previous games this won’t be new areas and rather a repurposing of those being offered up in Hitman 3.

Hopefully some Landslide and House Built on Sand–style missions, and not like the Special Assignments from H2.

To be picky, i thought we would see some Hitman 2 variations of the maps too, but i guess that will never happen

I hope so, too. What we got with those SAs really didn’t cut it. I need a surfing contest in sunny Hawke’s Bay.