With the Deadly Sins DLC is it almost confirmed that we will not get variations of Hitman 2 and 3 maps?

who knows at this point 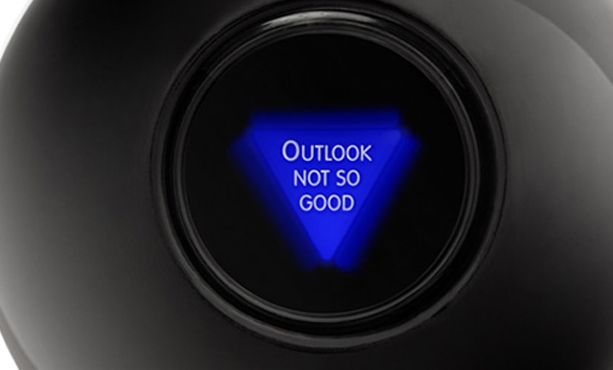 Hopes die last, i really would like another campaign like patient zero with 3/4 maps from H2 and H3 remixed.

We don’t definitely know yet. In an interview with IOI a while back, they did say there’s DLC coming and they can use all locations across the WOA trilogy.

That might be separate from the Seven Deadly Sins DLC, or it could be included as part of it.

This is the snippet from the interview.

“We’re more looking at using existing locations and reimagining them, twisting them. And this time around, we can use the whole trilogy. We can look back at Hitman 2016 maps, Hitman 2 maps - we have all the locations.”

I am assuming the Seven Deadly Sins will use previous locations.

We already had DLC escalations that used each of the new locations and with 7 sins across 6 locations I feel they have to use old settings, I don’t imagine doubling up on locations but anything is possible.

I’d love if they did a new campaign on previous locations if they were like Landslide/AHBOS quality and release it in episodes like Season 1. we might still get bonus missions in some of the sins pack, i assume they’ve not made them all yet so if we keep saying “Bonus Missions, Bonus Missions” they might hear us

Wouldn’t that require the player to purchase the access pass of said location though?

Not necessarily. People who accidently purchase the Hitman 2 Expansion Access Pass thinking that it will give them access to all of H2 are able to play the Special Assignments even though they can’t play the main missions in those same locations.

I don’t see why it couldn’t work the same way with a Sin contract set in one of the old locations.

There is absolutely no way to know if we will get variations on any maps. In a way, we already have gotten variations, but I don’t think it’s what this question is asking. The Easter Egg hunt is a variation on the Berlin map. So is Satu Mare. So is the Greed version of Dubai. There are elements of both maps that are “varied” so one answer to your question is absolutely “NO”, the Greed DLC actually Confirms that we will get variations of Hitman 3 maps, at least.

What you are really asking about is whether we will get variations on the level of Landslide or House Built on Sand and the only possible answer is “we don’t know”. Are we likely to get full-on bonus missions while the Sins DLC is ongoing? Probably not, but it’s also not impossible. After that? Potentially but no one except the people at IOI really know.

Anything else is simply guesswork, nothing more.

The problem here is, once the hitman servers shut down for good, those level variations in escalations will be gone with them. Thats why they really should put said paid content in bonus mission style levels. To future proof them.

I don’t think that the level variations have anything really to do with the servers. They have ways to just make them permanent instead of timed other than making them full-on bonus mission content. If I load my copy of Hitman 2 right now, that season content is in there despite the fact that it isn’t currently Halloween or Christmas. Eventually they may do the same thing with this content.

The other consideration is that we all assume that there will be a point that the servers get shut down and everyone gets an offline copy of the game that they can play forever afterwards. That has never been confirmed by anyone. It’s just a community saying that they “must” do a thing because we want them to. There are games that are simply not available anymore. Not playable anymore. This trilogy might go that route eventually. I don’t want it to, and would prefer that they simply make all content playable off-line, but they don’t “Have” to do it.

All that said though, the question of whether off-line content will be available or whether the game will ever be future-proofed is off-topic. The question at hand here is whether the Seven Deadly Sins DLC is somehow confirmation that we’ll never get a variation of a Hitman 2 or 3 map. I just don’t see it as confirmation of that in any way.

I don’t think that the level variations have anything really to do with the servers. They have ways to just make them permanent instead of timed other than making them full-on bonus mission content. If I load my copy of Hitman 2 right now, that season content is in there despite the fact that it isn’t currently Halloween or Christmas. Eventually they may do the same thing with this content.

The issue is that the content are escalations - and escalations do not show up in offline mode at all. Only “proper” missions do.

As the game exists right now, when the servers go down for good you won’t be able to play the Deluxe or 7DS content you paid for again (or any seasonal content escalations).

This is a pretty huge point, IMO. On the one hand it makes me optimistic that surely, surely IOI must be planning a fully-featured Offline mode for whenever the servers are shut down, but on the other hand it makes me desperately scared that there’s a chance that they don’t do this, and end up crippling their game and ruining their relationship with their fans.

There is no reason, or way, to compare the current capability of offline mode with whatever it will eventually look like in 5 to 10 years. They may very well simply enable all content in offline mode (thus eliminating any argument about bonus missions or anything else not being compatible) or turn off the game entirely and simply make it unplayable.

This thread is about whether the existence of the 7 deadly sins content (presumably escalations) eliminates the possibility that we may get bonus missions later. I don’t see any reason that IOI putting out escalations now removes the possibility that they might produce bonus missions later (or simply enable the content in offline mode eventually).

IOI may not be planning anything for when the servers are shut down. We cannot know what the computer games landscape will look like a decade from now. Maybe they’ll just enable all existing content for offline mode. We don’t know.

Considering Hitman 3 is their first self published title, and the trilogy was what’s keeping them afloat financially. Why would they abandon it with a crappy offline mode? It’s a big part of their history now.

It all comes down to what IOI wants to invest in Hitman III post-release content.

The Executive Producer and Creative Director stated that they put their core team of expert level designers, who could generate excellent Hitman maps in their sleep, and were on the top of their game for Hitman III level design.

IOI only had “Clank” as the only game mechanics programmer, for Hitman III (but mostly dedicated to Hitman VR) and a single lighting artist, so the focus was on excellent level design not new items or game mechanics.

For post-release content, IOI have stated that they were going to re-work existing levels, which means that IOI likely has a relatively small team on it who aren’t the core team of expert level designers who cranked out the excellent new maps of Hitman III.

These core team of expert level designers are probably onto the game development of Project 007 and other new Hitman IP.

I guess it will come down to how much effort/cost is required to build a fully fledged offline mode, and whether it’s deemed to be a worthwhile investment long term.

If it doesn’t make practical business sense, it won’t happen.

Even though we, as most People already said, don’t know, I highly doubt that we won’t get anything but the Sins Stuff. IO knows the People want Bonus Missions and that they would pay for them, this bundeled with the fact that they have all the Assets of three Games now would make an increditbile weird move not give us anything, it just takes a bit of work, especially if they are of Landslide and AHBoS Quality (The Latter in particular even has a whole Bunch of New NPC Models from which some are really unique to this Mission.)