Since no one else made the topic, the first roadmap of Year 2 is here, the month of March 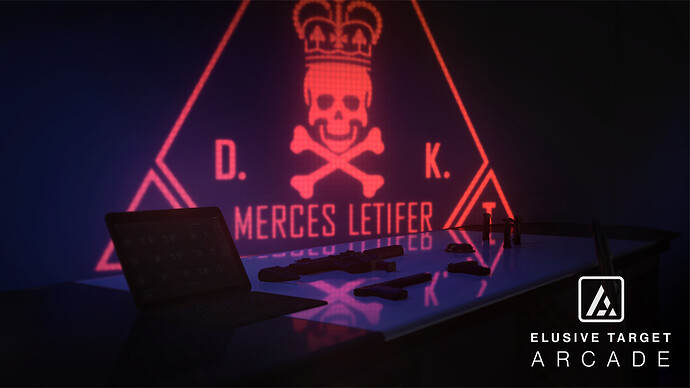 HITMAN 3. Year 2. March Roadmap. 2022. With the SEO taken care of, let’s jump into what’s coming up this month in HITMAN 3. Elusive Target Arcade has been reworked,... 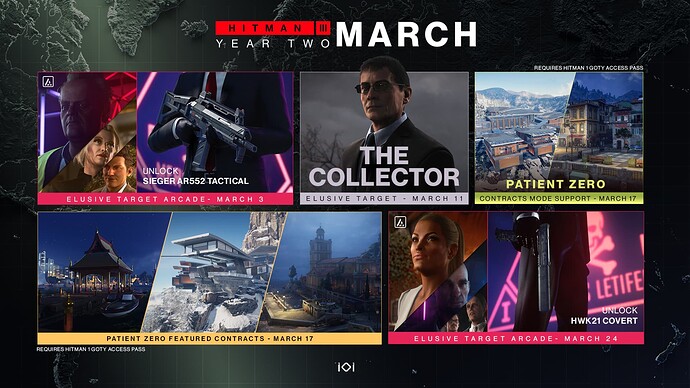 I really respect the change to the ET arcade. They really took our feedback seriously. Kudos to IOI

Also @Urben and @Kevin_Rudd are you going to recreate “The Trolley Situation” in Hitman 3 now?

And thank them for still paying attention to the previous map.It’s great that patient zero can have new content!

It can be done now! I’ll leave that to Urben

Can’t remake The Great Escape though

Could remake Swords and Shotguns but that was a mediocre contract. It’s main appeal was the fact it was just on PZ, and in the time of no Contract Extension tool you had to use the shotgun on the map

I imagine there’ll be a few hostile disguise (aka suit) contracts on Patient Zero, some cool things could be made

You beated me by two seconds on the post.

One complication by Elusive Arcade !

That was @TheChicken and mine returns since the first day of release in the ET Arcade topic. So nice to see it.

Thank you @Travis_IOI, @Clemens_IOI and the rest of the team for looking into the situation and being close and understanding of the community. The last few weeks might not have always been great and pleasant for it, but the game carries on better than ever.

One complication, but one big narrative and feel to all three ETs. I can be on board with that.

(If I may give a proposition : if possible one complication for Sniper elimination mandatory but retaining SA/counting as an accident. )

no vr on all missions

“Of particular note here, we’ve removed the virus contamination gameplay elements in the Hokkaido mission to keep creative options high in the spirit of the mode. Whilst it is a defining aspect of the campaign mission, we felt it was too overbearing for Contracts Mode.”
They are very considerate.

Looking foward to the next improvements and fixes!

HWK21 Covert as an unlock from ETA? But that can be unlocked from Paris, right? And what does this mean: “With the SEO taken care of…”

And what does this mean: “With the SEO taken care of…”

Search engine optimization, just makes it more likely to show up in a web search.

Delighted to hear that the plans are for all ETA complications to be made optional in a future version of the game if they can get the technical stuff to work. A great decision and kudos to IOI for making it.

Much appreciated roadmap @Travis_IOI ! Thanks for reacting to player feedback regarding the ETA contracts. And double thanks for enabling contracts on the remaining Patient Zero maps.

HWK21 Covert might be my new favourite pistol, but can I bear to let go of the Black Lily?

Really good to see they’ve listened to feedback on the ETA as well. It has great potential, now just to fully realise it.

A little regret: they didn’t update the map of H3. For example, some upgrade contracts. Of course, it’s also a good thing to focus on previous maps.

The changes to ETA are much appreciated

Contract support for PZ missions is also neat for the invested ones.
I wish they´d remove the fixed starting suit for the Patient Zero campaign mission though. Would like to use the winter suits we have there

I am however disappointed that there´s no patch

I like silver baller best. Although I hope it can be held by both sides as before. The symbol of Agent 47.

Seeing the implementation of patient zero for contracts atleast for me looks like they are covering all bases before the inevitable end of support happens.

Side note: this is all a step in the right direction.

Forcing SA is never a good idea. It should be a challenge to get it, not mandatory.