On a personal note, I have achieved my goal of getting a ‘modded’ contract featured and can die happy

Hopefully you guys like it too, especially console people! Can you check if they featured it as you made it?

Haven’t even gotten in and I see the starting locations are restricted, so gonna say yes

I have achieved my goal of getting a ‘modded’ contract featured

Great Contracts which got selected, for me I have been trying from last year and did not get any contract featured yet. Hope there are more submissions in future.

Oh my god. My mind has pretty much blown. My 6 month old formerly submitted Wrath contract that I decided to “recycle” became FEATURED! I’ve been playing the HITMAN trilogy for 1.5 years so far and I am lost for words knowing how much of an impact I have made by joining this community which has homed to some of the best fans of the series. The people on the forums has been very supportive to me, especially in these Community Featured Contract Submissions. I would not have been able to continue without your support.

I am proud and honoured to finally have one of my contracts that I’ve created become featured and playable for everyone, not just on my home device - Xbox. I don’t know how many more of my contract creations that I see get featured, but undoubtably - The Night The Duck Cried is the first and that is a milestone that I’ve always wanted to achieve ever since joining the HITMAN forums. Play any contract and have fun. If you’re not having fun, what game are you playing?

It finally happened! I have a featured contract! I’m so grateful for IOI!

But what the hell, a modded contract? Come on Kev. I don’t have that kinda powerrrrrr

Edit: I would LOVE more options when creating contracts. Restricted loadout, one starting location, stuff like that. I am on consoles.

In ‘Boomstick’ – the drug dealer… I get the interaction prompt, but 47 doesn’t… uh…

Is this intended? Or did I find a weird/rare bug?

Hmm, don’t think that’s intended. If you’re on PC do you have a mod installed that affects Berlin?

Edit: Seems like he takes too long to move instead of simply not moving. Never seen this before. 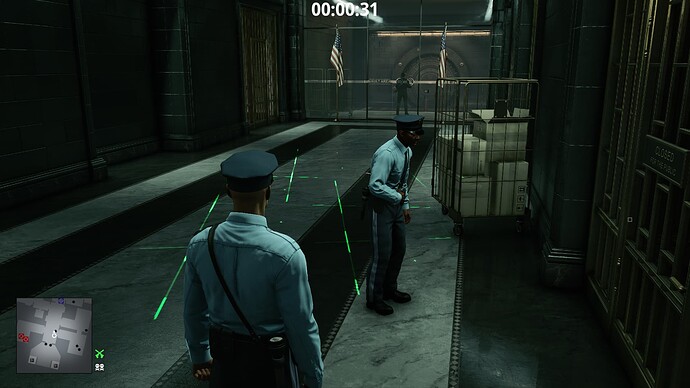 “Boom Stick” is good. Once I found that freaking shotgun it was only a matter of isolating the targets. You’ll definitely need a briefcase. 9 minutes and ranked #2 on Xbox… that will surely change. On to the rest!

I shouldn’t have any mods on that would affect Berlin. I may have changed the time of day at some point - but I’ve turned that off like weeks ago.

Edit: Oh yeah! I might have the accent mod active.

Yeah this happened with me long back when Kevin originally posted it here. The dealer just won’t move. Took a few restarts to finally make it work.

@Kevin_Rudd to answer your question - I didn’t have any Berlin specific mod installed. Although I’ll try and see if it is still happening with me or not with this FC.

Edit: Never used the accent mod, so that’s definitely not the issue.

How about accent mod? Just trying to think because that sounds like the issue when any mod changes a map’s location it breaks some of 47’s dialogue

I don’t know how but I think I figured out the secret formula to pick either a H3 or a legacy level depending on which is less popular, jugding by how I’ve gotten 2 contracts featured in a row. It’s a lovely early birthday gift that I’ll happily accept

Congrats to you 5 who I won’t ping a second time this time as well. Ike’s title is going to get stuck in my head, I think. Something about that title which really rolls despite the length.

I got to play 2 FCs: Boom Stick and Rubber Ducky You’re The One.

I thoroughly enjoyed Boom Stick. I think it’s actually my favorite. It’s not too easy, but also doesn’t require crazy tricks. I also really like the briefing and think that it really fits (since the weapons are inside of a crate as if they were transported. ) I highly recommend everyone to try this one.

I also really enjoyed Rubber Ducky You’re the One. It forces you to be creative if you want to achieve SA (which I didn’t, but I can see someone doing it). My only criticism would be that it is a bit more on the difficult side (as in SA, but it’s more fun if you just blow everyone up as you get there). I also like the briefing ( bit more than Boom Stick). This is the first one Ive played so far and overall it was good. I liked the chosen targets and they were both spread out nicely.

My main issue with it was the number of complications, most notably the one exit complication. It didn’t really add to the contact in my opinion as I had to spend an extra minute running to it.

“The Night The Duck Cried” was annoying at first (as intended surely) but once I figured out the puzzle I was rather pleased with myself. Nice job @DavidG185.

But is it wrong to say I wish it hadn’t? I played around with my contract since I submitted it, and I’ve found it’s a bit buggy. If Julianne Cason is poisoned, wherever she chooses to puke, she will puke forever. She gets stuck there.

Im glad it’s been picked, but I guess I feel a bit guilty since Ive experimented with it more after submitting it.
It’s possible to finish SA though, for sure! Done it multiple times.
Edit: all good actually? Not as glitchy as I’d thought. More paths than I expected.