sad that there are no mission stories, that’s something hitman 2 did 10x better than 3

I’m at work currently, will be able to play in a couple of hours.

Edit: also, is there a new soundtrack, or is it reused from other maps? 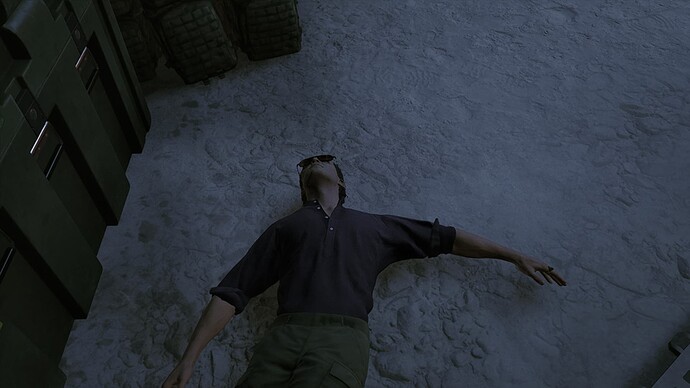 Ok, so having seen the new trailer/opening cinematic and getting an idea of what’s going down, until I’m able to play it tonight anyway, my take aways.

The Negative: As I had made clear, I would have preferred for this mission to have been between Haven and Dubai, for both logistics and optics. Particularly where optics are concerned, because now we have a Hitman 3 map placed before three H2 maps in terms of storyline (haven’t seen where it falls in the destinations tab, can someone tell me?), as well as having H3 level cinematic between two slideshow cinematic levels, disrupting the flow horribly.

Also, I don’t think it was really necessary to have Akka coincidentally be a pre-existing ICA target. They could have just reported that they found one last holdout cell of the militia that was intent on carrying out the Shadow Client’s work, and told ICA that they were going to mop that up. Providence would even have still paid for it, since they wanted the entire militia destroyed. Since Akka has to die anyway for her part in accessing the satellite (that’s part of the story, right?), no further justification was needed for her death, considering the relatively flimsy reasons the next six targets after Ambrose will die. They could even have had her still be an existing target just to double it up, and collect the pay from both Providence for finally scrubbing the militia, and whoever put up the money to stop the pirates.

The Positive: Despite me not liking when this mission is placed, I will say the way they set it up makes it work, based on the opening scene. I like how they address what Diana and 47 told ICA they were doing during the two month wait for the Ark Society. I had always felt that the Siberian sniper mission was done during that time, just to show ICA that they were still taking work and not be suspicious, but this addresses a mission that they decide to do without ICA commissioning it, and still being able to sell it as being on the job.

Diana said several weeks for the AS meeting, so unless something specifies the exact timeline, I’m going to assume that this is about halfway through their two month wait, and the Siberian mission already happened, making this the last official contract 47 completes for ICA, not counting my interpretation that 47 technically completes the contract on Grey by proxy at the end of Dartmoor by putting him in the position of having to kill himself, making him technically the final ICA contract.

Either way, this does seem to shore up a few gaps in the story, and shows that all three major organizations in the trilogy (ICA, Providence, the militia) all had 47 working for/with them at some point in the story and at some point he turned on every one of them. I like that twist.

Oh, and again, counting the bank in New York as being in Manhattan, this confirms that four separate missions in a row take place on an island at the end of H2: Ambrose, Sgail, New York and Haven. Weird.

Wait until you see hitception (thanks @musicalmushr00m for that one) 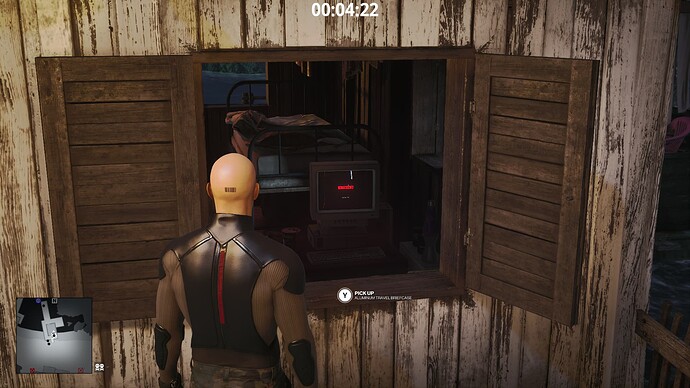 Thanks @Dribbleondo for the image.

How is HITMAN 3 running on dated hardware like that.

Well, I’ve been ducking around on this map for maybe an hour now, and initially it struck me as small and restrictive, but it seems like a bit more exploration has entirely changed this for me. Not only is it bigger and more open than I initially though, it also seems to have a fair deal of stuff that feels fresh in it.

As of yet I’m doing my darndest to not do any cool kills or mission stories, so we’ll see what my opinion is once maintenance is done.

How many mission stories are there?

as well as having H3 level cinematic between two slideshow cinematic levels, disrupting the flow horribly.

I mean, the flow was already disrupted between the 2016, 2 and 3 games already. This isn’t a surprise at all. Also, the lip-syncing is…not great. The H3 lipsyncing is pretty good, but this reminds me of the Expansion Pass briefings, which is a little jarring.

Where is it in the map?

sad that there are no mission stories

Those, like challenges, mastery progression, and leaderboards are only available online right?
(Very weird how the game needs to be “online” to give you a Mission Story guide)

So I guess we won’t really know until maintenance is done.
Cant wait to jump in then.

Also : they did use that take in the end. 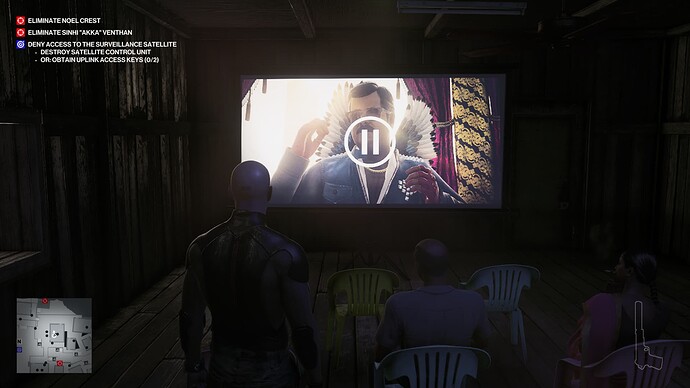 (As for the shattered fourth will, It’s at small one-room house at the north of Farah’s, shore of the cove) 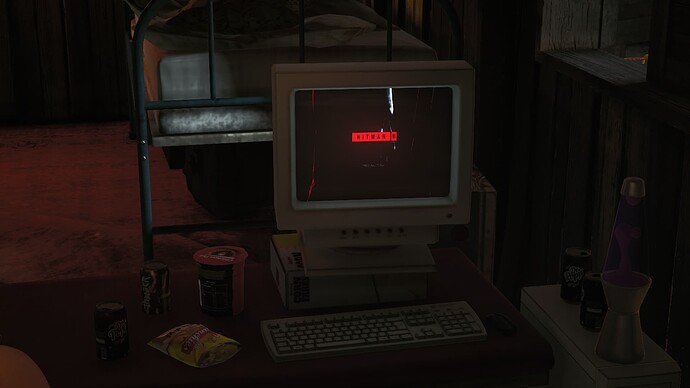 Servers are up now on Xbox

The Pirates are so pirate-y that they’ve pirated access to their own game! They must be stopped!

Seems to be the case for PC as well.

So the progression of Hitman 2 is 1 island (New Zealand), 4 non-islands (Miami, Columbia, Mumbai, Whittleton Creek), and 4 islands (Ambrose, Sgail, New York, Haven)? That actually isn’t that weird at all! It’s symmetry if nothing else.

Am I the only one who is disappointed?
Seriously there is mission stories on all main levels (except Berlin but it’s justified and the two little levels Hawkes Bay and Romania).
To me it seems like they made this level very quickly and don’t even bother to create mission stories…
But when it comes to create Escalations with a lot of restrictions (Hello 7DS or Arcade mode) they take to time to do it
I’m a really big fan of this game but it keeps disappointing me these times.

I like the map it seems there is a lot of opportunities, some sorts of hidden mission stories without guide like the Sun in Dubai or the meeting in Berlin but you have to figure out yourself how to do it and maybe it can be difficult for new players…

After this, I’m really afraid with Freelancer. I hope they will create a good mode and not a hidden Escalation mode like Arcade was