The points bonus is not at all connected to the question.

“Default Starting Suit”… In Re: to Paris that’d be the Tuxedo.
I could start at the default gates, or I could start by the Napoleon Statue, the attic, or even on the Barge. These starting points allow you to choose any other suit. For the sake of something completely different, lets say I start in the clown suit.

The only other starting locations (besides the auction) are in disguises, so these wouldn’t allow for a SO run.

Assuming I never change into any disguises and finish SA, clown suit only… So the game would NOT credit you for (the challenge of) completing the mission Suit Only? It’s only if I wear the default tuxedo (for Paris) that I earn the SO challenge?

I would think that it should give you credit for the challenge if you use the default suit, or start by the Napoleon Statue in the clown suit. …Or, I think it should be flexible and not a hard rule that you “must start and finish in X particular suit!”

I think I’m still not explaining it correctly.

You could use the clown suit and still get the challenge bc it’s not a disguise, it’s functionally the same as the signature suit, the causal undercover, and all the others. You’d just have to start at the default starting spot so as not to cheese the security.

Is there a list of Hitman NPC names anywhere? I need to get out some cathartic killing on someone with a specific name.
No I will not elaborate.
Thanks in advance!

I don’t think so. I’ve looked for one before, for contracts where I wanted a specific set of names, but I don’t think anyone’s made any.

That’s unfortunate. Thanks though. I guess I’ll just do it the hard way and stalk each level in contracts mode.

This Sheet is private

Though this was made in June last year, it doesn’t include anything from Ambrose Island.

Edited to add: You’ve given me 10 targets across 6 maps. My gratitude knows no bounds.

Oh, where did you find this?

I recalled DrMekar posted it a while back…

Sorry for the late reply, I stayed away from H3 after some frustrating Modding Experiences. There is a List, so it’s not ordered so well as the one above. You’ll have to look in Repo NPC Outfits

Every year when the summer ends and fall/winter starts i get into the mood to replay Castlevania: Lords of Shadow. Its a great game that gets not nearly as much recognition as it deserves, i love its story, the characters, the art design, the soundtrack and the overall melancholic atmosphere this game just oozes.

Does anyone else have a game that you love to play during a specific season?

Ever since Tomb Raider came out (in the late '90s) I’d typically play a TR game around December (or in the winter). Not every year, but that’s something I can definitely say I’ve done a lot. The TR reboot game that came out for PS3. I’ve played that and haven’t really played it or any other TR after.

Except for that Dagger of Xian / TR2 remake.

Off the top of my head, I tend to get an urge to replay Mafia II (specifically the 40s section) whenever winter/Christmas comes around.

Okay, got 2 questions about games I may or may not enjoy, need your input:

I see Assassin’s Creed Origins is on sale for 12$. Not in a rush to buy it, probably won’t right now, but if it’s hit this price it’ll go back down to it again. The only other AC game I’ve played is Black Flag, but I didn’t finish it (recently tried to get back into it, nope)
Will I enjoy this game if I didn’t like Black Flag? Because…

Thoughts? I’ve looked up some stuff and it seems the combat is more involved, there’s less emphasis on naval combat, no tailing missions. The environments might get bland though and the grinding might be bad?

There’s also a game I’m eyeing – Cyberpunk2077. 10$ physical copy for PS4, but I’d buy it only to leave it on a shelf until I get a PS5 one mythical day, since I’ve heard last-gen is still poor and they’re cutting off support, but the free upgrade would be nice.

EDIT: Hmm, okay, I’ve done a bit more research on my own and I’m still torn on AC Origins. It does still seem like traditional AC, with issues with an over-abundant map, frustrating leveling system, stuff that’ll still turn me off from it.
Cyberpunk is still rough on old-gen consoles so I definitely won’t check it out there. Maybe, in the next few days I’ll decide if I want to pick up that physical copy for cheap, if it’s still available. Against AC, I know less of what I’m walking into here, which might be good.
edit2: seems the Cyberpunk sale is available to stores not even near me. false alarm y’all

I would recommend AC Origins. It’s the best in the series since Black Flag. They took a lot of the things that worked with Witcher 3 and applied it to the AC franchise.

It’s hard to say if you will enjoy it compared to Black Flag. They are both very different experiences. It’s closer to Witcher 3, then other AC games. Origins might be a origin story, yet it’s still a continuation of a franchise that have existed since 2007. Especially the present day story is tied to the games that came before.

I just finished Cyperpunk it was alright. It had it’s moments. But I’m not in a hurry to replay it. That said I’m sure that it’s more enjoyable on a second play through. Where you are more familiar with the complex system that is the backbone of the gameplay.

Combat was so tedious

It gets tedious in Origins too because of enemy level scale. There are certain high rank NPCs in camps (and some unique ones that roam the map) that are so spongey that you’ll have to resort to cheesing the AI. Backstabs with the hidden blade are also useless on these kind of NPCs, needing a dozen or so of sneak attacks to take 'em out.

Another issue with the combat is that blocking is borderline useless, good luck activating a special effect from the shield you’re using, 9/10 time you will fail to block. Dodging is far more effective.

Grinding is an issue if you don’t do side-missions so if you don’t like to do those, you’ll be in a world of pain in the later main missions and many of the side activities found in the world.

It gets tedious in Origins too because of enemy level scale. There are certain high rank NPCs in camps (and some unique ones that roam the map) that are so spongey that you’ll have to resort to cheesing the AI. Backstabs with the hidden blade are also useless on these kind of NPCs, needing a dozen or so of sneak attacks to take 'em out.

Another issue with the combat is that blocking is borderline useless, good luck activating a special effect from the shield you’re using, 9/10 time you will fail to block. Dodging is far more effective.

I didn’t experience these problems. It might have to do with me doing the majority of content the game offered. Even if you don’t I believe you can turn on one hit kill with stealth kills.

me doing the majority of content the game offered

Same here, doing every side-mission / activity that I uncover and the game might still have a general of sorts in a fort that has so much HP that will put all the phylakes to shame. And he could be only 3-5 levels higher than my Bayek.

Yeah, I’m pretty sure you can do that in the game options. Wonder if it was there since launch or if was added later after all the complaints.

Honestly if you like Assassins Creed and you have 12 quid to spare do yourself a favor and go buy it. Everyone will say that the grinding is unreal for level scaling but honesty i got it back in 2021 and i on and offed the game from time to time (about once or twice a week) and i leveled up quite fast just do some side quests and get quite good at stealth and it will go good for you OR if you want a real challenge put it on Nightmare difficulty when you finished the story. Side note: there is new game plus so after the first play through you can keep those levels and avoid kinda grinding.

What is Barb’s secret weapon? 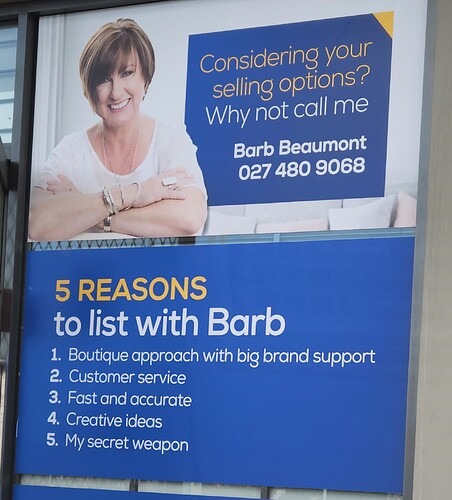