So I’ve noticed that the spacing between the “FORUM” letters in the HMF logo is inconsistent. It’s been the same way on the old HMF (before The Great Migration), but I thought to bring it up now since we’re on the new, fresh, forum.

Could we potentially replace it with a logo where the letters are aligned? I’ve taken the liberty of building a couple possible options that could work (but wouldn’t be offended in the slightest if they weren’t used

You’ll want to view these in separate tabs as the transparency may be wrecking the view (i.e. light mode users)

So I’ve noticed that the spacing between the “FORUM” letters in the HMF logo is inconsistent.

You are so observant dude that’s awesome😲

One thing that’s bothering me is that each theme I pick, it still stays light and I can barely read the text because it’s also white. What’s the problem here?

Could we potentially replace it with a logo where the letters are aligned?

That would be a great idea

Did you try to play with this setting in Preferences -> Interface?

I believe it can help

Yeah, on Default it’s bright with black text, but when I switch to Dark mode, it stays the same except the text turns white.

Ok, the next field? Did you try to adjust it?

Yeah, it doesn’t seem to affect anything.

Maybe you need to clear the browser’s cache…
How things look like in different browser?

I have the same problem on Chrome as I do on Firefox and it’s a similar problem on my phone too.

Ok, this setting gave me exactly the same result

Fix it by setting Regular as Default and Dark Mode as Same as regular, save changes and you should be good

Are you kidding?
Those white beautiful logo was bad?

Red does not match well with black and tears the eyes out.
Also draws all attention

I actually kinda liked it brighter. It was very bold and vibrant. It wasn’t at all distracting on light theme, not sure for dark mode users though. Plus the Forum part is spaced out evenly again.

I agree, I like the old logo. Old logo on light mode, new logo on Dark Mode?

the new one is beautiful with dark mode

Old logo was purple. This one is a lot better. 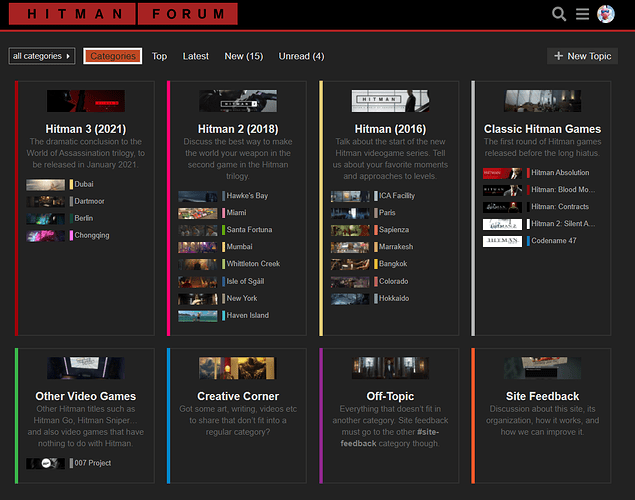