A neat idea, but I don’t think Freelancer is meant to be presented like a story campaign. I don’t think it has an “ending” like the main campaign does. For instance, Contracts and Arcade and Sniper modes don’t have an ending; you just stop playing them when you don’t feel like playing anymore. I believe that’s how Freelancer itself will be, with each of the playable campaigns within Freelancer having endings, but those will just be killing the last target and getting paid, going back to the safehouse to rest, and then choosing another campaign.

they have stars below the names of the campaigns (difficulty representative), i wonder how it would work

2 hours until we get a new Freelancer trailer !

There’s a Sony State of Play happening in 10 minutes, and historicaly HITMAN marketing stuff has appeared at Sony shows. Again just speculation but if they have a trailer on it it would explain why he don’t have a concrete release date just yet.

Sadly no Hitman news on State of Play. Wish there were some. 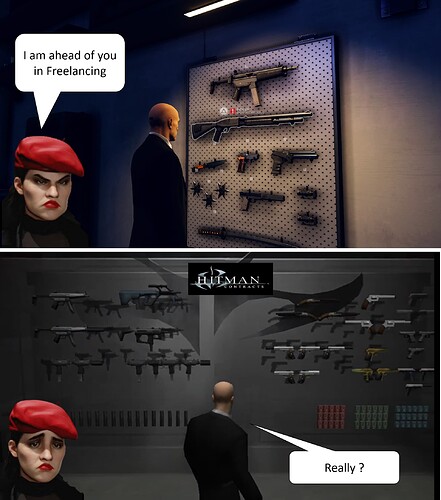 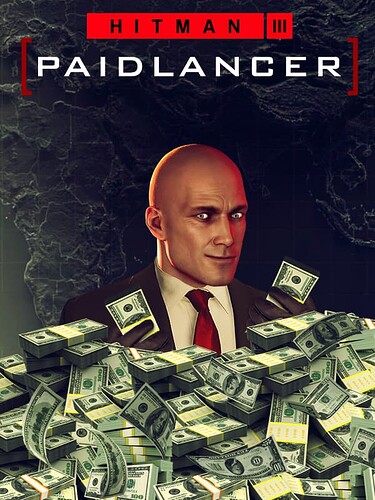 Still predicting Freelancer will be free. There’s been zero indication that it’s being treated as “DLC” or as Paid content. All indications so far have been that it will just be an extra game mode provided as part of their Year 2 content and will be no-cost. We’ll see in a few weeks though, hopefully.

I mean, it’s literally called FREElancer. How could that be paid?

I think that after we were overcharged on rather underwhelming DLC’s full of escalations (and few decent items), IO is a bit ashamed about their actions (and they see that it really made many people mad so they don’t want to lose their kinda small fanbase), so they will release atleast part of it as free. Maybe there will be some extra unique contracts that unlock very nice rewards, that MAY require some payment… but I think base of it will be free.

I never felt overcharged for the Seven Deadly Sins stuff, frankly. I’d most likely pay for Freelancer if it came to it, but there has just been nothing so far that IOI has said which would lead me to believe they’re going to charge for it. If they had even once referred to it as “DLC” instead of just a new game mode, I’d suspect it was paid content, but they have consistently referred to as a game mode, not DLC. The language they’ve used for Freelancer has been the same as how they always referred to the Elusive Target Arcade and is most likely to cost the same - nothing.

I hope so. Unlike you, I did think that the 7DS (and H3 Deluxe Edition content) was very poor value per [insert own currency symbol here] both in comparison with H1/H2, and also just on its own merits in my personal opinion.

Ambrose Island being free has retrieved the lost ground in terms of my H3 goodwill and I’m now back to ‘break even’ on my feelings towards H3’s value proposition, so it would be great to see IOI head into ‘positive goodwill’ for me if Freelancer was indeed free.

That’s certainly fair. Everyone has their own threshold of what is a “good value” versus what isn’t. For me, the Seven Deadly Sins (and the deluxe stuff for that matter) was worth what I paid for it. I thought that the Wrath escalation was actually a let down (due to the way I play the game more than anything) but the Lust escalation made up for it. I enjoyed all 6 deluxe missions and played each of them several times.

Seems I’m the most common poster in this thread by a significant margin, according to the thread stats

If they had even once referred to it as “DLC” instead of just a new game mode, I’d suspect it was paid content, but they have consistently referred to as a game mode, not DLC. The language they’ve used for Freelancer has been the same as how they always referred to the Elusive Target Arcade and is most likely to cost the same - nothing.

Took the words right out of my mouth.

It would be pretty damn “generous” of the company if it will simply be a free update in the end much like Ambrose.

It could very well change since it shifted so far back from its original release window – and I wouldn’t mind that, given it sounds like a pretty big replayable thing.