The following weapons, gear items, and suits are only available to Hitman 3 players who used the progression transfer to import their inventory from Hitman 2.

Therefore, I have also included their unlock conditions in Hitman 2 for players who want to obtain them before transferring their data to Hitman 3. However, any items connected to Elusive Targets are no longer unlockable in Hitman 2 since they were time-sensitive content.

Regardless, none of the items listed below are currently unlockable for new players starting fresh in Hitman 3. I will update this post if Hitman 3 incorporates the following equipment through new challenges, additional Escalation tracks, and Elusive Target rewards.

Although made permanent and still unlockable in Hitman 2, these seasonal missions and corresponding unlocks are missing from Hitman 3. My guess is that we’ll see their return later this year.

Tactical Wetsuit & Bat Shuriken
Halloween gave us “The Mills Reverie” and with it, two unlocks for playing and completing this Escalation: the location suit for Hawke’s Bay and a themed shuriken fit for a billionaire detective and crime fighter.

Snow Festival Suit & Ice Pick
Completing the “Snow Master” challenges introduced by the “Hokkaido Snow Festival” mission will reward players with a melee weapon and the jacket outfit 47 is wearing in the prologue.

Santa 47
Completing the “Secret Santa” challenge pack found in the Parisian “Holiday Hoarders” mission will allow 47 to dress up as Jolly Old Saint Nick and bring cheer to the good children of the world.

A most unusual omission, but two weapons from the Legacy Challenge Packs in Hitman 2 were not incorporated into the location mastery and escalation reward tracks like the rest. Hopefully IOI will rectify this in a future content update. 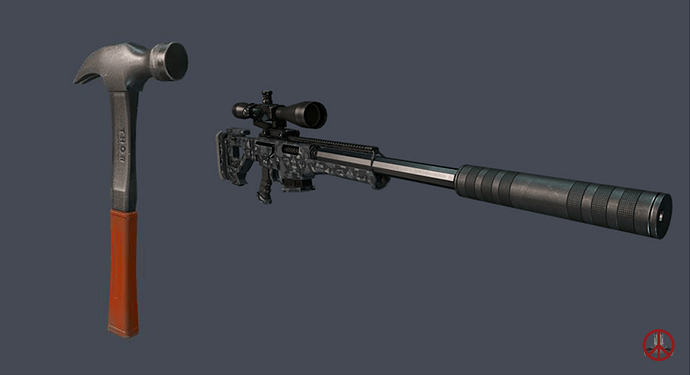 Claw Hammer
A reward for completing all of the “Plumber’s Apprentice” challenges in Sapienza.

Jaeger 7 Covert
A reward for completing the “Master Sniper” challenge pack in Sapienza.

Players were rewarded each time they killed (or attempted to kill) Sean Bean in Hitman 2. Like Gary Busey in Hitman (2016) and his absence in subsequent Elusive Target Reactivations, it’s highly unlikely we’ll be able to kill Sean Bean again. I hope the developers incorporate these into a future reward track. 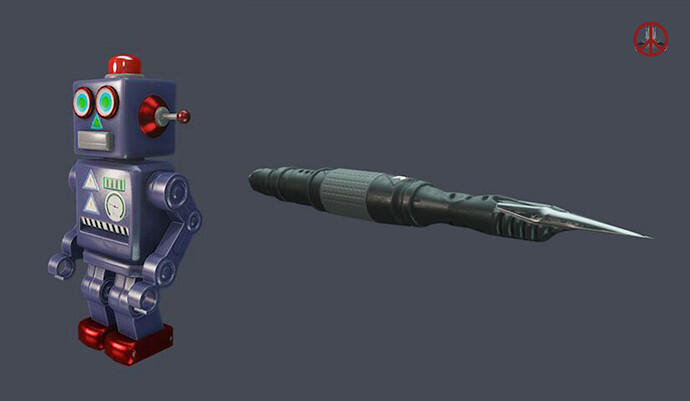 Explosive Pen
Unlocked by playing “The Undying,” which was a time-limited Elusive Target starring Sean Bean. This unlock beat out two others in a community vote with 42% of the total vote. A couple of the choices were obviously inspired by James Bond. How apropos…

Lil’ Flashy
Unlocked by playing “The Undying Returns,” a time-limited Elusive Target starring Sean Bean again–although this time with only one eye. This robot flashbang was one of the runner-ups in the community vote.

In case you’re wondering, the third option in the community vote was the Earphones fiber wire, which is now an unlockable in Hitman 3. Interesting turn of events.

While Elusive Targets are no longer running in Hitman 2, they are currently active in Hitman 3. Any suit missed in Hitman 2 should be unlockable in Hitman 3 once the corresponding map shows up in the ET rotation.

The suits listed here have not yet appeared as a reward in Hitman 3’s Elusive Target cycle. Although not confirmed by the developers, all ET Suits will most likely be unlockable as time goes on. And once enough contracts are activated, the milestone suits will be unlockable for the most punctual assassins.

Tuxedo With Gloves
Complete an Elusive Target in Paris.

Summer Suit With Gloves
Complete an Elusive Target in Marrakesh.

Casual Suit With Gloves
Complete an Elusive Target in Bangkok.

Florida Fit With Gloves
Complete an Elusive Target in Miami.

Tuxedo, Mask and Gloves
Complete an Elusive Target in Isle of Sgail.

A couple of these might be the rarest unlocks around, and I expect them to stay that way. They are rewards for players who have been part of this World of Assassination since the very beginning.

Aluminum Travel Briefcase
I believe this briefcase is still unlockable as long as you own the original Hitman (2016) on your chosen platform. It should appear in Hitman 2 afterwards.

Black Winter Suit
This special variant of the Black Suit only appears if you completed an Elusive Target in the original Hitman (2016). These contracts (and reactivations) ran from Spring 2016 right up to the launch of Hitman 2 in late 2018.

ICA Performance Coin
Coming in at three variants (Commendable, Superior & Outstanding), this is the rarest unlock in Hitman. You were awarded this coin if you played, completed, or SA an Elusive Target during their very first run in Hitman (2016). This first run was made up of 26 Elusive Targets spread out between May 2016 and July 2017. Props to all those that have it!

ICA19 Chrome, The Pale Duck, and Requiem Suit
The Requiem Pack is currently glitched for all players. As a result, we don’t know what its specific unlock conditions are. However, these items were unlocked in Hitman 2 as long as you owned one of the Legacy Packs. Which means there’s a strong possibility that any Hitman 3 player with an Access Pack for Hitman 1 should be granted these items.

I will update the list, if necessary, once the Requiem glitch is fixed.

ICA Electrocution Phone
Retired by the developers and therefore does not appear in Hitman 3 in any capacity.

Outstanding performance coin always gets the nod whenever I put a coin in my load out. Just need my Requiem pack back, mainly for the ica19 chrome🙂

That was my go-to loadout option in H2 and I have actually unlocked everything. If this whole carryover process wasn’t a one-time thing, I would’ve already transferred my precious suits and items. I think (but rather hope) that I can live without them until the release on Steam. Technically, progression transfer should still be possible by then, but who knows what they have planned for 2022. Fingers crossed

Outstanding performance coin always gets the nod whenever I put a coin in my load out.

Same here. Although, if I pick up standard coins during a mission, I use those instead. Feels like a waste to toss such cool coins. Haha

If this whole carryover process wasn’t a one-time thing, I would’ve already transferred my precious suits and items.

I hope they eventually change their position on this, especially once the server stress is not a problem. Because our Hitman 2 data is preserved, there is no good reason why we can’t perform the transfer more than once. Having a limit is ok, but I think 2 or 3 is more reasonable than a one-time deal.

Why I have this 2 but not the coin?
I also have winter suit and all from elusive target, but the coins not this one or the golden one .

@Borjastone Did you complete any elusive targets from HITMAN(2016)during their original release from 2016-2017? This was how you got these specific coins.

Yes I got that in the first hitman, when I was doing carryover I have many problems, and when is done the coins disappear but not the suit or the case .
I even write here or emails to @IOI but no one answered

Oh sorry to hear that. Hopefully @Travis_IOI or @Torbjorn_IOI can see this & help you out! 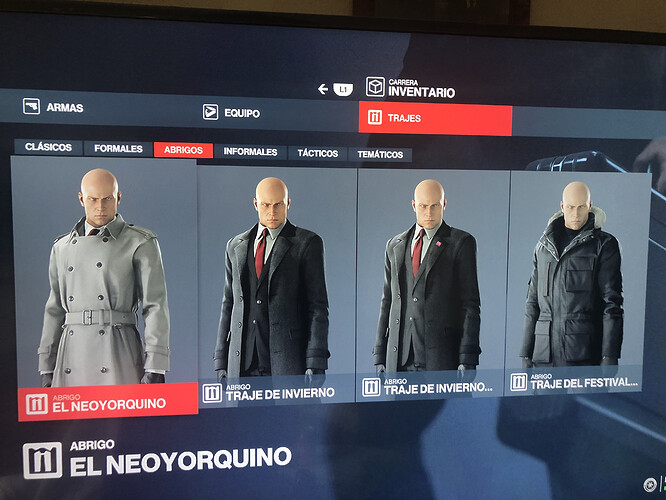 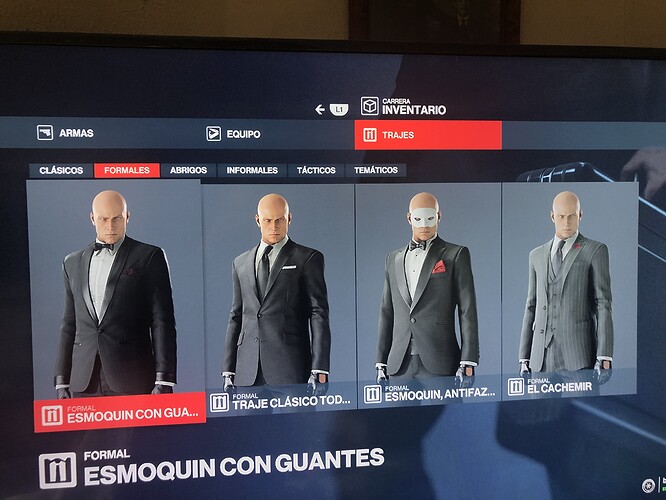 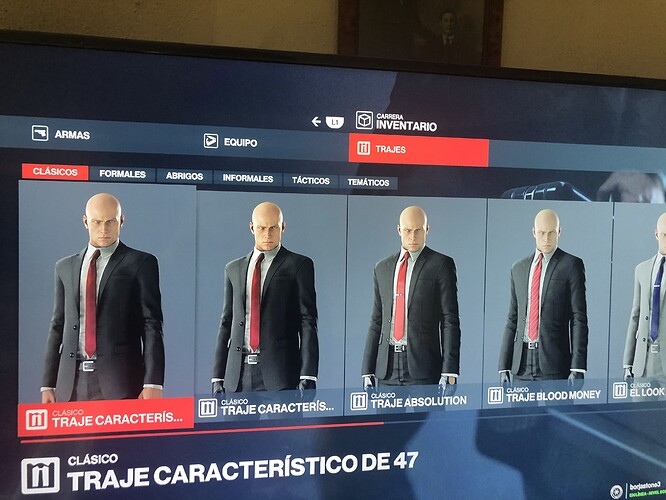 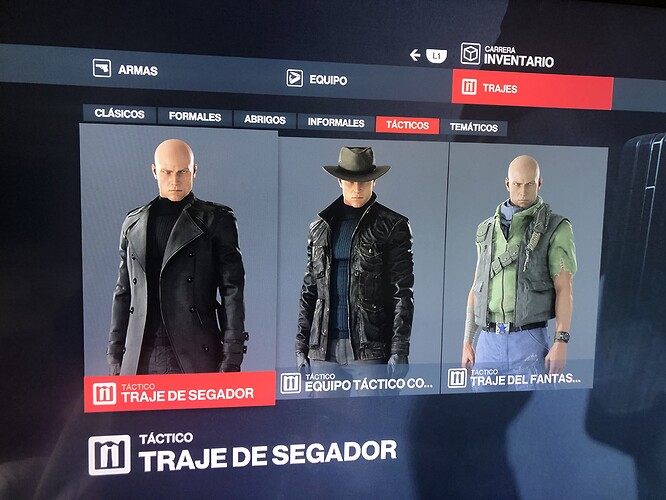 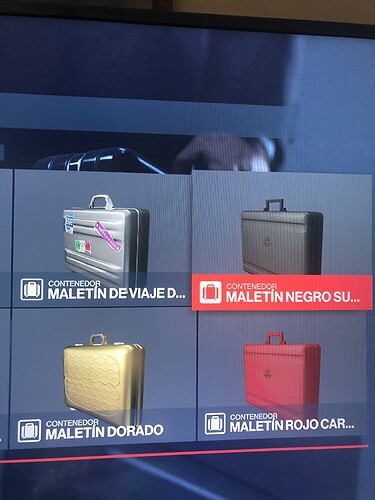 I already wrote to @Travis_IOI and I don’t have more problems with connection but about this nothing, I know requiem is for all but the coins?
Is my favorite game from ps2 I bought beta in 2016, gold edition 2018 and deluxe 2020

Yes Requiem is the duck, the gun & the suit.

Presumably you had the coins in Hitman 2?

I have everything, I think. Yay me!

So do all three exclusive coins (Commendable, Superior & Outstanding) look exactly the same?

Sure I just don’t have now after carryover

They’re a little different. I haven’t seen it myself, but I’ve read that the Commendable Coin has a slightly scuffed surface. I’m not sure on the differences, if any, between the Superior and Outstanding Coins.

I am missing the wetsuit and the batarang.

So mad at myself for not doing those challenges!

Really bums me out they seem to be getting rid of challenge packs. Putting some of the challenges into the normal list and the rewards too tells me they’re not doing them anymore. I enjoyed them so much more than escalations. Oh well.

I really hope they’ll all be unlockable in Hitman 3. Because i want to play Hitman 3 all of the maps (plus legacy maps) and challenges with a fresh start with no progress transfer

That’s what I did and it’s nice to have motivation to replay the old maps again, IMO. Then again I’m not that into contracts mode like some, that probably makes a difference.