We know the roadmap is coming on September 1st, so figured its worth having a thread now to have a thread to have a single place to have discussions related to the roadmap given we already have some details on its contents instead of having discussions in threads that are about previous months and other places. 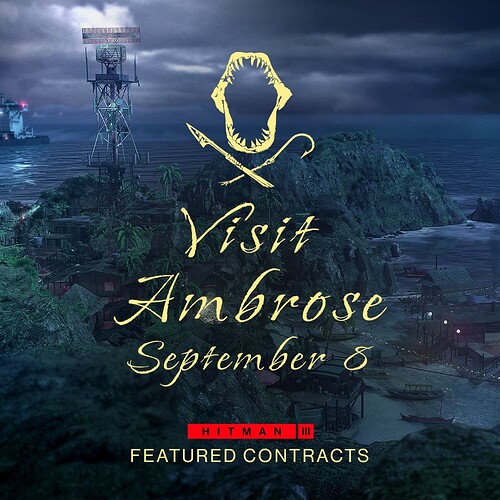 Also, apparently this new suit as an unlock at some point:

What will we potentially see? (aka speculation fun times!)
• Free-to-play Hokkaido (the last five months have had the other H1 locations, so would be odd to end that at Colorado).
• The Surgeons as the ET at the end of the F2P period as Travis has previously said that The Fugitive is not planned to be Year 2’d (every other F2P location has ended with an ET - again it would be odd to end the pattern here).

-Chicken Edit: Thrison was right about all their predictions! 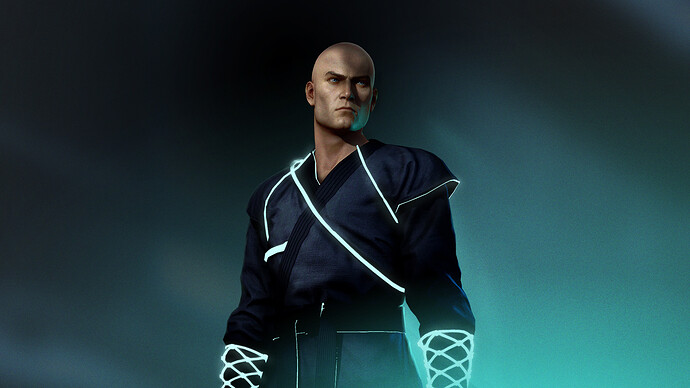 The HITMAN 3 September Roadmap has arrived! This month in HITMAN 3 you’ll find two new fresh looking suits to unlock, Visit Ambrose Featured Contracts, a bunch of Elusive Targets and more. Let’s take a closer look at what’s to come this September in HITMAN 3. 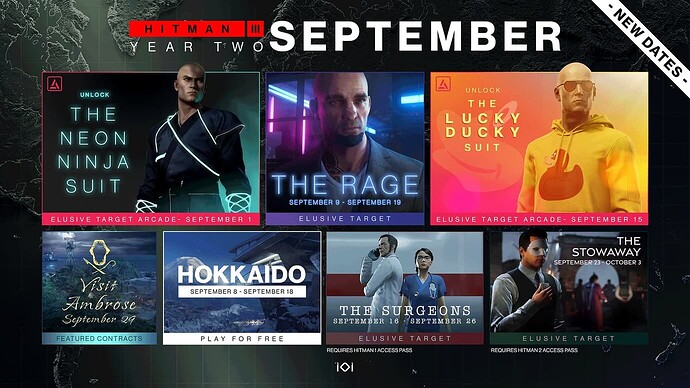 To kick off September we have new Elusive Target Arcades with a very illuminating unlock. In this Arcade players will take on The Infiltrators which consists of: The Paparazzo, The Stowaway, and The Collector. With these come one complication – you may only change disguise once.

Players can also go head to head with: The Twin, The Politician and The Black Hat in The Illusory Elusive Target Arcade. Be mindful of who you pacify because in this batch – pacifications are limited.

When you complete one of the two new Arcades you’ll unlock: The Neon Ninja Suit. Pay tribute to one of the original assassin groups in this elegant black shinobi shōzoku outfit, sewn from black leather for extra protection and elegantly stitched with thin neon lights, in case you get lost in the dark. 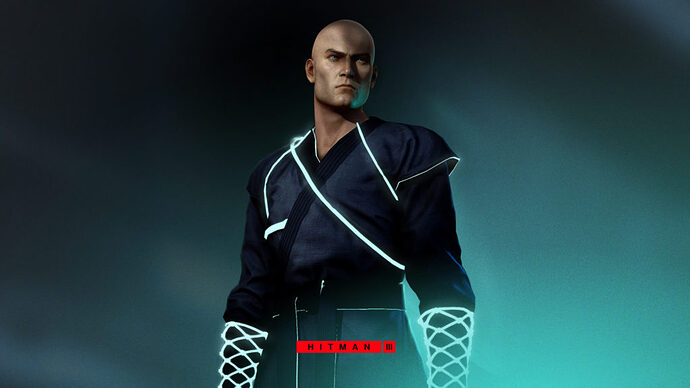 cracks knuckles This HITMAN 3 Elusive Target takes Agent 47 back to Chongqing for a time-limited challenge that packs a punch!

Your target’s codename is ‘The Rage’ and he’s back in Chongqing once again.He’s a former middleweight champion who’s on the run for taking one fight way too far. He didn’t get the nickname ‘Crusher’ for no reason, so make sure you stay on your toes for this one.

Be the eye of the tiger. You’ve got 10 days, starting September 9. 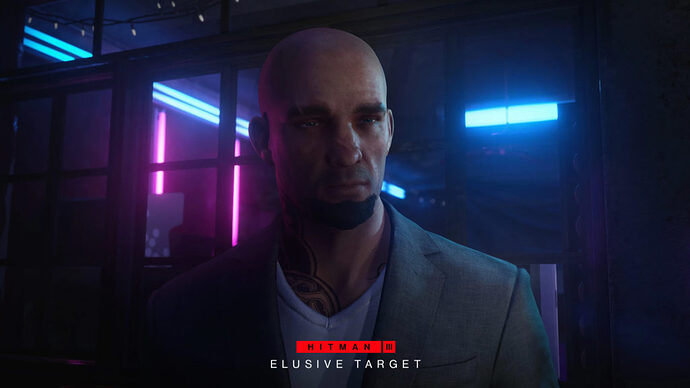 The Free Location Rotation gives all players the chance to enjoy a location from the World of Assassination. This time you’re going to Japan to visit the hyper-exclusive GAMA facility in Hokkaido. You have 10 days to enjoy everything the location has to offer. From the hot springs to life-saving surgery. 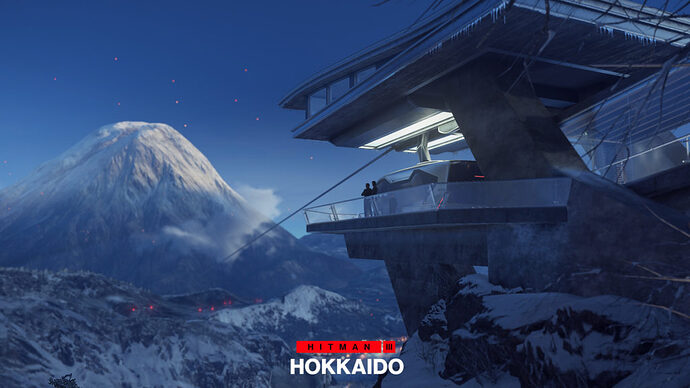 Come September 15, you will be able to finally complete your Ducky Collection with the stylish “anonymous” Lucky Ducky Suit. Don’t be fooled by this lovely, soft yellow hoodie, decorated with a cute “duck” motif. Though it might show that your blood is yellow – be bold, because you know it’s stone cold. Black skinny jeans included.

Complete one of the new Elusive Target Arcades The Blusterousand or The Bombastic – and the suit is yours. Good duck. 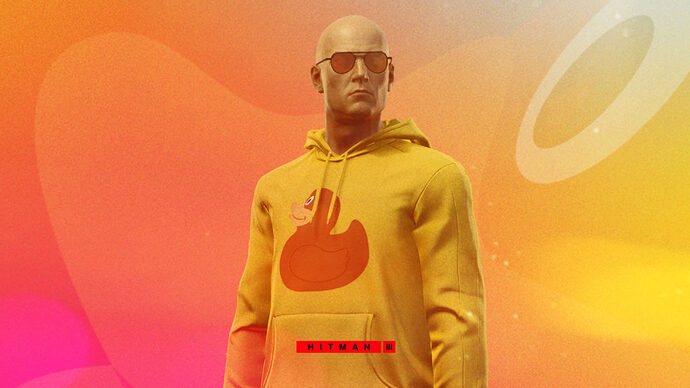 Your targets are Dr. Pavel Frydel and Dr. Akane Akenawa, brilliant and unethical transplant surgeons. They’ve arrived at the hyper-exclusive GAMA facility in Hokkaido, where they’ll be for 10 days starting September 16.

One surgery went wrong, and they made a very powerful enemy. A billionaire who lost his son. Your client offers a substantial bonus if the targets are eliminated in a manner appropriate to the death of their former patient. Poetic justice? Good luck. 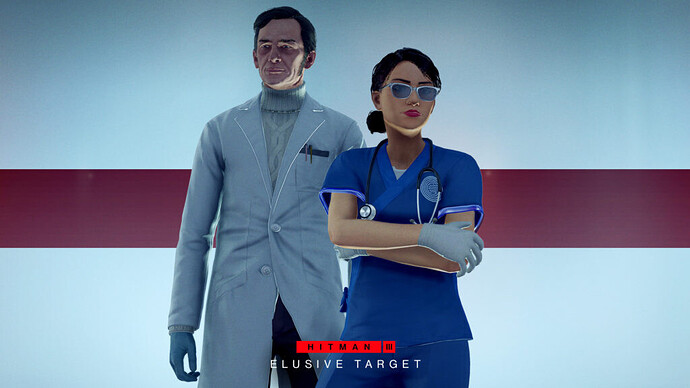 It’s time to jump on a boat and go back to the Isle of Sgàil to find this elusive target. Your target is Jimmy Chen, a cynical and paranoid tabloid journalist who literally kills for a good story.

Your mission is to eliminate him and recover his dictaphone. But be careful, and don’t let him spot you – because this target has some unique behavior and will react to your presence. 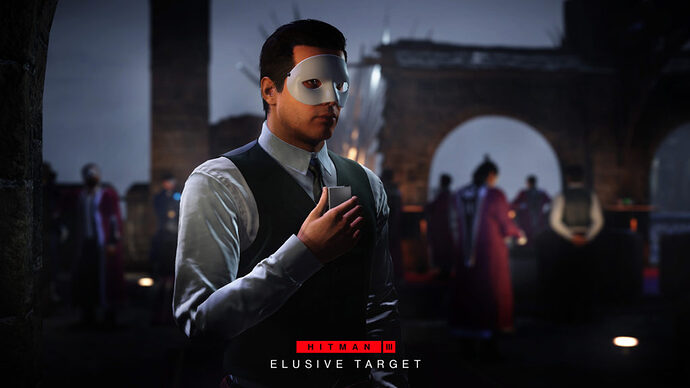 It’s time to go island hopping in this upcoming batch of Featured Contracts. The theme is Visit Ambrose, and takes players back to the newest location in HITMAN 3. Visit Ambrose can be a tricky theme if you don’t want to use the new location. But that being said, if you can find a sneaky way to frame it around Visit Ambrose without use of the location – it still counts.

How to get your Contract Featured: It can be based on a super creative briefing, a cool idea or just a plain fun contract. But bear in mind: They have to be inspired by the theme Visit Ambrose to be taken into consideration.

Up for a challenge? Click the link hitmanforum and get your submission in before Monday September 5. 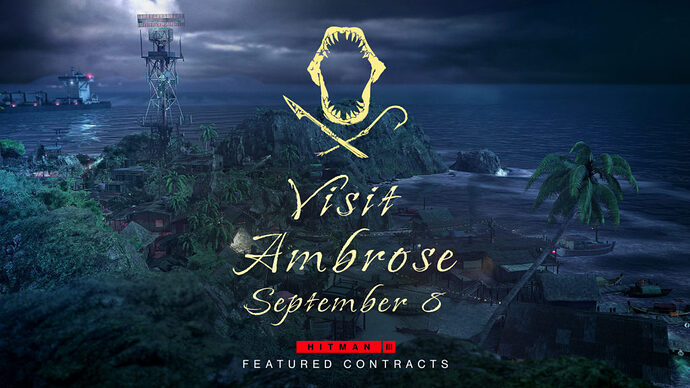 With Ambrose being the focus of featured contracts, an accompanying escalation would be nice.

How about a banana gun?

I know it isn’t new and flashy and garishly designed, but I’m still just over here impatiently waiting for a way to unlock the Miami suit.

I hope for more than a single FC Batch this month because I enjoy contracts mode and it’s the biggest piece of content I get every month.

• The Surgeons as the ET at the end of the F2P period as Travis has previously said that The Fugitive is not planned to be Year 2’d (every other F2P location has ended with an ET - again it would be odd to end the pattern here).

Nice, time to re-obtain my yukata

Awww. I wanted the duckie hoodie with suit pants for this month. UmU

I hope not a ninja batch, we won’t have submissions in any map other than hokkaido, I just want more batches

Also, this deserves it’s own post, if Clemens sees this, please make more curated batches, for this kind of community driven content, it’s amazing when we get these curated batches

You could do other maps as well, it depends how much reaserch you want to put into it

Oh I would, I meant other players would make a shit ton Hokkaido contracts 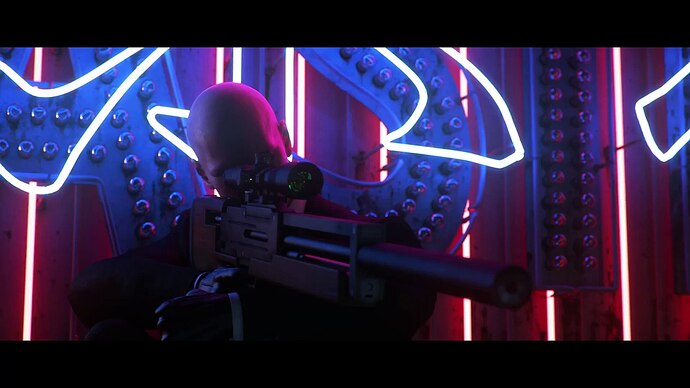 Delet this before the IO snipers get you