Finally a Sgail ET. That was the last location suit I was missing beyond the Miami one. He’s also (hopefully) going to be my 15th ET, so I’m also getting the Casual Undercover from him.

Recommendation if you want to make it easy and just get the suit as quickly as possible, but also make it satisfying? Use the remote emetic device in a briefcase after you get him to start leaving the art room and just make him go like in the bathroom and drown him. Simple, low-risk, you’ll get both suits no problem.

A route I was planning was to get him to go disguise upstairs, hide on the “balcony” outside the room before he walks in and then lockpick my way in to jab him with a lethal syringe.

We have a small update for the September Roadmap. Due to human error some of the dates were unfortunately wrong. We have a patch incoming early October, and we can’t have an active ET running while we have maintenance (The Surgeons would’ve been active). Therefore, the dates had to be shuffled around. The content hasn’t changed, only some of the dates. Almost everything has been moved forward, except the Visit Ambrose featured contracts - they’re now late in September 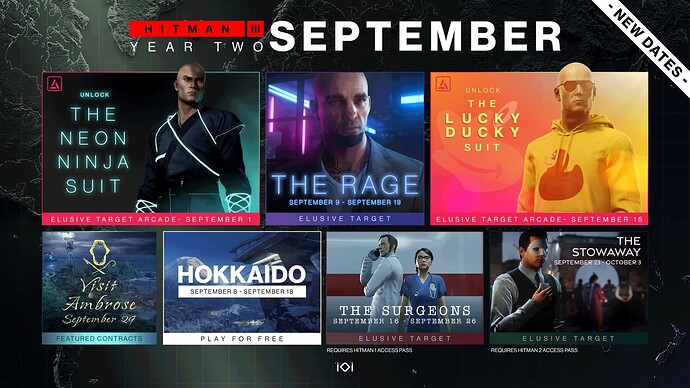 No need to punish Clemens, if he tells us what’s in the October patch.

The thread is gonna be flooded

thanks Clemens for the heads up

We shall simply wait for the next one. And then, you shall suffer.

(Also, I’ll update the OP again with the new dates!)
Edit: Ok I think I’ve got it all correct 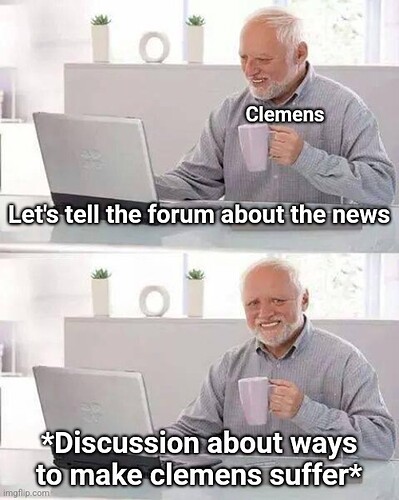 Otherwise if it’s set for November, I’m sure plenty of Freelancer content is still going to be in the October patch that’ll leak long before November, and I don’t want that experienced ruined or spread too wide (which it most likely would, given how much hype and how “new” FL would be. Someone will jump the gun to be the “first” to leak it, and that would suck)