Hitman3,when will it support Chinese？

Hello. Thanks for your games. I bought and played all Hitman games and trilogy “World of Assassination”. My English not so bad but many fans and me are uncomfortable, because there is no Chinese localization. Hitman 2016 and Hitman 2 were with Chinese subtitles.
Do you have plans to add Chinese subtitles for Hitman 3? Thanks again and sorry for my english. 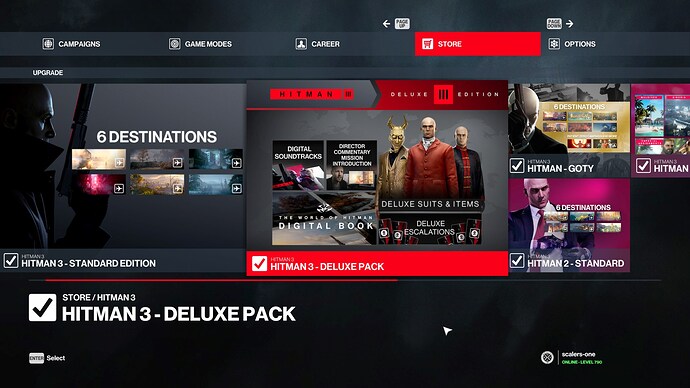 There is quite a good amount of localization languages absent from HITMAN 3 in comparison to HITMAN 2016 and HITMAN 2.
So far we have no information about adding additional languages to the game.
Pesonally I think that there will be no new languages, though I still hope

Well Japanese will be available for PS consoles this summer. We don’t know if more languages will be supported, so we will have to wait and see.

Good news! It was revealed on the official IOI livestream yesterday, that HITMAN 3 will have both Simplified and Traditional Chinese subtitles, possibly available on July 19th, 2021 or later. More details will come, including available platforms and regions.

IOI Insider, June 14 TLDR Season of Sloth available tomorrow until July 19 More FCs Act 3: Sloth Unlocks: SMG (dax shaped) - Suit - escalation - snail proximity bomb (sedative) ET on H3 locations. Act 3: Sloth happens in Dartmoor 3 staged escalation The symbol is snail Map changes: It look messy, brighter Inside of the mansion has also changed. Handler of 47 changed. Your movements is timed. You can move for a limited time. There is a vitality meter which can reach zero. You can …