Okay, so the Season of Greed roadmap just dropped and it appears the featured contracts for April are still by outside companies, not the community. This is a let down to quite a lot of people, as just getting that bit of community recognition from IO each month was nice and we could all get excited for eachother over who got picked.

Reality is Clemens and IO are probably too busy atm to try and run a thread, plus try and pick out 10 good contracts. So I say we take the burden off them. Instead of whining about this for a whole month and just praying things change, we offer a more proactive response; we make our own set of featured contracts

Little bit of backstory. Some of you maybe remember 12 Days of Contracts back in December 2019, basically I asked a bunch of HMF contract creators is they wanted to make 12 Christmas themed contracts, they said yes. It was never supposed to leave HMF but someone suggested we loop Clemens into the convo so we did and IO actually picked them up as the official featured contracts of that month (they even got cool little custom thumbnails).

So basically what this thread would be is

At worst we waste Clemens’ time with one DM and have a whole bunch of cool contracts to show for it. At best we get community featured contracts next month. Idk, seems worth a gamble to me

So what do yous think?

We might want to make this a thing no matter the reaction from IO. Of course we don’t get as much exposure as actual FCs but we can share the final batch in a dedicated thread, Discord and Reddit. And start over again the next month. Depending on how many participate, this is also a signal for IO to come back to user FCs.

And if someone decided to make a roadmap of sorts for such occasion I know a place to immortalize it. I heard the owner is pretty cool too.

Yeah, sorry if that wasn’t clear. I meant make the contracts before even talking to IO/Clemens, then the only time we have to bother them is when we’re like “Hey, here are 10 Pride contracts the community likes, take them or leave them”

Like you say, at the end of the day we’ll get a bunch of cool contracts out of it either way. Officially or unofficially

My only issue with the “likes” is the populism behind it. While there is a simplicity behind it, the number of likes is not representative of the quality of the submitted contract. This is something that came up on the old forum.

Going the method of curation might be better, where you select a review board (maybe one from each platform and a chair) to select. You can even rotate the board so it isn’t stagnant.

My only issue with the “likes” is the populism behind it.

I agree, but as you said, it is also the simplest. The curator method also holds a level of bias and favouritism (and takes the power out of individuals hands). It’s also a lot more work

You can even rotate the board so it isn’t stagnant

I’ll do my fav thing and make a poll

The curator method also holds a level of bias and favouritism

I agree with this too, but the curation guarantees the contract was played and isn’t just people going like-happy on the forum. In addition with curation, the issue of exploit contacts like the past couple of batches are weeded out.

Are there any rules? Like 1 contract per person? All maps?

While there is a simplicity behind it, the number of likes is not representative of the quality of the submitted contract

I agree with this. Also depends on how long a contracts already up for votes. And what platform it’s on.

The curator method also holds a level of bias and favouritism (and takes the power out of individuals hands).

Why not make the first board out of those people who already curated contracts in the past? Each one of them is going to elect his/her successor and so on. (maybe even a special rule where you’re not allowed to elect someone who’s already been curator in the last two runs)

Are there any rules? Like 1 contract per person? All maps?

I’ll leave this to @TheContractor since it’s his thread, but since I brought up the board idea, I’ll expand my thinking.

Like a board, chair only votes in tie breaker.
Reps can submit but cannot vote on there submission (so if Ruddy submits a contract, the votes would be 3-0 ((assuming it passes)) with Ruddy abstaining). I don’t want to limit submissions from people as it will limit board reps.

I’ll leave submissions to The Contractor to elaborate, but I assume similar rules to the old forum. I would only add screenshot showing 5 star possible (within reasonable time).

I am undecided about the selection process. Curators are biased and tend to value a more narrow kind of contracts.

Likes are more democratic, and just like real Democracy the point is not to find the best solution but the one with the most support.

What could also work is “vote with your leaderboard entry”. It is basically comparable to “vote with likes” but you have to show you played the contract with a screenshot of your rating screen.

I know, but decided to use you as Vice for my example.

In terms of choosing contracts, we could always set a deadline ourselves for contracts submissions, then in the last week of April/First week of May, we encourage everyone to post their top 10 picks.

A problem with that and to a lesser extent likes is that it favors whatever platform has the most players on the forum (I assume PC or PS) or contractors that can make their contract on multiple platforms. Obviously nothing will be perfect and even choosing curators would get complicated having to make sure you have someone to play xbox contracts every time.

I agree, I think voting but only after you’ve played the contract allows for an accurate opinion. Possibly having a set of contracts for each platform so some people don’t become excluded just because there aren’t as many people playing on certain consoles, and so not as many votes (unless this was already implied, in which case well done).

Likes are more democratic, and just like real Democracy the point is not to find the best solution but the one with the most support.

The problem with likes though is that it can end up causing a bias towards platforms. There’s less people that play on Xbox, so Xbox contracts could end up with less likes due to less people playing them, meaning that contracts from Xbox are less likely to get picked.

We’ll probably need some people to recreate all the contracts on different platforms. That way we could eliminate (to a certain point) the platform-bias. 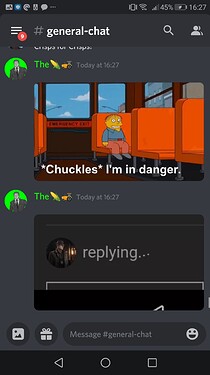 If we are open about board selection and rules for submission, it should help alleviate some concerns.

Obviously the community can discuss term limits. I went with 1 month in my example. Chair is acclaimed from previous month’s vice to ensure board continuity. A rep can run for vice in another month (and vice versa).

Changes to rules must be brought to a HMF forum. For example, initial rules limit one submission, but it is decided in later months where submissions are in lower number to increase limit, a HMF vote is created. Maybe this happens last week of the season.