It’s probably worth watching again with subtitles, the movie speakers were quite loud, yet muffled the speech in some parts

Sounds like a typical case of movie mixing; keep your ‘splosions loud and your characters quiet!

I just re-watched Analyse This. I had forgotten how hilarious it is. I tend to laugh at the goombas in the serious mobster flicks, so when they are playing it up for a full blown comedy it just had me in stitches. Joe Viterelli is especially humorous. Go watch it if you’ve never seen it!!

Then I watched The Outfit. It’s a sorta artsy movie about a suit maker in Chicago in the 1950s who gets tied up with some gangsters. Simon Russel Beale is always solid and Mark Rylance is excellent as the lead. I can’t say this one will be up everyone’s alley, but it was interesting. Watched Harold and Maude for the first time in forever. 19-year-old death-obsessed Harold meets and starts a relationship with 79-year-old free spirit Maude. It’s dark (Harold faking his suicide in elaborate ways is a running joke) and funny (Maude has zero fucks to give) and touching (to a degree I probably didn’t appreciate as much when I was a teenager). It’s a great movie about (and for) people who don’t quite fit in.

And the Cat Stevens soundtrack is classic. I watched Ford vs Ferrari for 3rd time and its racing scenes for more than 10 times.

My best racing movie and one of the best movies of all time. No doubt Damon and Bale are legendary actors but rest of the cast did an awesome performance. The story, action sequence, screenplay and all the technical stuffs were perfectly crafted. Special mention on the Le Mans 66 and Chasing Bandini soundtrack which keeps you thrilled. Additionally rewatched the same on hindi dub and not a single complain on this movie. It is based on true events and persons.

Long story short - it is a must watch for car lovers. FYI @YellowZR1 Oh I remember and enjoy this movie a lot too! Even my mom who’s not interested at all in cars felt very excited all along until we went out of theater. The replicas of those GT40s and P4s, and even the red Porsche that Damon drove on street for less significant screen time was very accurate to the actual cars as well. You can imagine how happy I was seeing so many amazing wheels!

I think this is a fantastic film even for those who aren’t much into cars. Otherwise they may not learn Ford was very much into racing, could go head-to-head with such famous sportscar maker like Ferrari, or the important works achieved by Miles and Shelby. This is indeed a great movie, no doubt about that!

I haven’t just watched this old film, but more like watched in advance this quite new film!

Yesterday a friend took me to see Weird: The Al Yankovic Story which premiered this month at TIFF. Great idea because I had a great time, and also because I definitely wouldn’t have gotten the freaking Roku channel just for this lol.

Picture this: a music biopic movie, that functions as a parody of common biopic tropes, that also goes completely off-the-rails halfway through, about “Weird Al” Yankovic’s rise to fame putting new lyrics to songs that already exist.

If you’re at all interested by that, or generally enjoy comedies, you owe it to yourself to watch this movie wherever or however you can.

It is an absolutely wild film that definitely feels like a surreal parody most of the time, that only gets crazier and crazier as time goes on. Its a lot of fun.

Daniel Radcliffe looks like he’s enjoying every moment up on screen portraying this random nerdy guy and the crazy stuff that goes on around him.
You get to hear a bunch of iconic Weird Al songs, and a few references to others they couldn’t fit in, in a film that bends it genres where it wants to, and has a really neat ending.

Daniel doesn’t ever sing any of Al’s songs though, he gets dubbed over by the original song, which is quite weird since his speaking voice and “singing voice” sound pretty different.

No spoilers, but my favourite scenes were:
-the Oprah stuff.
-the party partway through of iconic ‘Weird’ people
-The jungle.

Yea it’s great! & @YellowZR1 its also interesting to reflect on who Bruce McLaren became after the events of the movie compared to what became of the guy who held station and ended up losing the race (see I can’t even remember his name

Related… Michael Mann is making a movie about Enzo Ferrari which I’m sure will be outstanding. Mann is excellent always and Enzo was one of the most interesting people of the last 100 years. Cast looks good too.

Ferrari is an upcoming American biographical film written and directed by Michael Mann. Dramatized retelling of the life of Italian racing driver Enzo Ferrari. Michael Mann first began exploring making the film around 2000, having discussed the project with Sydney Pollack. In August 2015, Christian Bale entered negotiations to star as Ferrari. Filming was planned to begin in summer 2016 in Italy. Bale exited the film in January 2016 over concerns of meeting the weight requirements for the ro...

Saw the “live action” remake of the Lion King the other night. Meh. The voice acting was great, they picked excellent people to follow up slightly more excellent people from the original. And I think the parts of the story that could not be adapted and translated to “live action” had worthy substitutes to fill in.

But… it just didn’t feel like there were any stakes. And there are two things I chalk this up to. One, the animals don’t have the same facial reactions as the purely animated ones, so you can’t really get a sense of what they’re feeling other than what you already know from the original, or when they tell you what they feel. And two, the scale seemed trimmed down to make things more “realistic.” The outcropping of Pride Rock, for example, didn’t feel quite so high and majestic. And the best example of it is the wildebeest stampede: at no point did I feel like a huge herd was running through a giant gorge; more like a slightly disturbed herd of a few dozen decided to go for a run through a ditch. The same epic music from the original felt out of place with this version as it barely felt threatening. Mufasa seemed like he barely fell, and he could have survived that fall if Scar survived his own fall later. He’d have been crippled, but he’d have lived, and the wildebeests seemed far too few in number to trample him to death, they could have run around him with room to spare. It just felt too underwhelming.

Even Scar’s increased villainy and cruelty felt like he had just studied under Idris Elba’s Shere Khan from the Jungle Book movie a few years ago. The Hyenas, while less funny, actually seemed to have improved to be better villains.

I think Disney’s early success with the Jungle Book was a fluke, because they haven’t really done a good one of these since.

I finally got around to the new Mortal Kombat.

It’s certainly…a way to spend a couple of hours. Not a good way, mind you. The “plot” was pretty boring and the new character at the (sort of) center of the movie seemed pointless. (I admittedly haven’t played the games since the first two, but it seems to me there are any number of existing characters who could have filled his role.) The fights were mostly pretty boring, missing a sense of originality. Even the new version of the Mortal Kombat theme was fairly bland.

I did kind of like some of the prologue stuff with Scorpion and Sub-Zero and almost wished they had just focused the movie on those two (or any two, really), maybe even back then in the 17th century, instead of trying to cram 80 other characters into the modern setting.

The 1995 movie, though imperfect, was much better. At least it was fun.

I’m a huge fan of MK, and i was going into this movie knowing it wont be better than the 1995 Movie, but hoping it wouldn’t be as bad as Annihilation.
That way the movie was alright, i liked Reptiles Monster design and Kano was actually funny, hands down the best character in the movie.

I didn’t liked the story, hated that Goro, the reigning Champion of Mortal Kombat for 9 Generations was killed by a shitty OC in a parking lot. I don’t like the whole arcana thing.
I liked Sonya Blade tho.

Though I’ve rewatched the original Batman 1989 plenty of times ,they reran it plenty on tv, but this was actually my second watch of the sequel.

And boy what a unique sequel, upping the ante with 3 villains this time. Yet none of their plots feel remotely planned or coherent. Though the reactionary nature of their villainy does bring you to the edge of your seat.

Bruce Wayne/Batman gets fuck all character or stuff to do except to stop the bad guys but Micheal Keaton once again brings an interest and sophistication to the character by just being him, which is incredible.

Incredible performances all round. Fantastic practical effects and though it dragged a bit in the end and Batman is still a bit too murderous and unable to save a person it’s a fantastic action flick.

great film. you uh… forget to mention anyone? no?

Yea hes the third villain. And though he can be considered the main villain seeing as he orchestrates most of the events to happen.

Probably the strongest character in the movie too. I didnt mention him because i wanted to keep my review short and sweet

i’m sorry, it wasn’t a criticism of your write-up… i just love walken and will take every opportunity to expound upon his glorious greatness.

he steals every film he’s in, even if it’s just one scene, and elevates absolute dreck by his mere presence.

exhibit a - the greatest character introduction of all time, in a film that is shockingly - nay, painfully - awful: 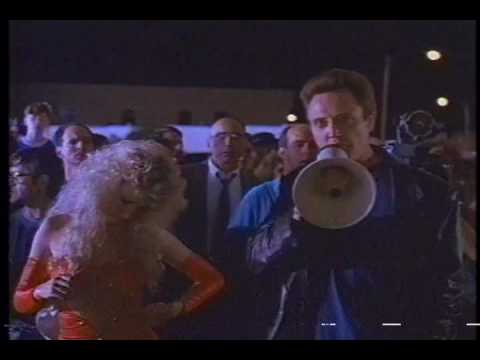 i’m sorry, it wasn’t a criticism of your write-up…

Ah my bad i didn’t realize that, but yea walken absolutely steals every scene with his fantastic performance

Ah my bad i didn’t realize that

nah, it’s on me. i didn’t put that across very well.

This is a movie I’m at this very moment watching at the theater with a friend, he likes Rock music, and I don’t, he asked me to come to this new David Bowie Doc movie, holy fuck this is torture