Ok, so here it is, I’m finally going to post a full and detailed breakdown of my methods in playing the Hitman games, which has led to some confusion and incredulity from a few members on here. I’ve referred to this set of rules, guidelines and standards as the Heisenberg Parameters of Perfection, which shall be hereafter referred to as HPP. I didn’t give the post that title so as to come off as less self-aggrandizing.

Note ahead of time that the following only strictly applies to the World of Assassination trilogy. While the same style of play can be applied to other games in the series to a limited degree, it is far less possible to adhere to them strictly in any game outside of WoA, so I only follow these religiously in the current games and that’s why I’ve posted it in this section. So, for those of you who have wondered why I play so weirdly and in such a restrictive way, here is your answer at last. The entries are hidden just because of how large this post would be otherwise.

And there you have it; the six steps that outline the playstyle that I’ve hinted at or talked about in part here and there in playthrough discussions. I’m sure I’m gonna get a lot of flak for how ridiculous this might sound, but bear in mind, I take these parameters absolutely seriously, and follow them almost exclusively as my means of playing. To follow these standards is to play as close to being Agent 47 himself as a player can possibly be. When playing the game in its story form, actively avoiding these guidelines would be a sign of an unserious mind.

Well you lost me at fiber wire, but otherwise well done!

Not sure how to take that…

I will never use fiber wire unless forced to do so. I hate it as a weapon and won’t let it take up an inventory that could otherwise be used for, well, anything else.

what exactly are your parameters? It seems to run counter to the entire Hitman aesthetic.

My parameters are 1) no ties and 2) no fiber wire. Anything else is fine.

correct if im wrong is it because of the punch glitch

correct if im wrong is it because of the punch glitch

^He already replied but…

To Heisenberg; The “punch glitch” refers to when you have a subdue prompt on an NPC, but instead of subduing they snap 180 degrees facing 47 and he punches them. But I guess you don’t believe in subdues anyway?

And just to get your goat

, you could add the perfect number 7 where you dgaf and just have fun because it’s a vidya game.

Or don’t. There are games where I try to abide by strict rules too for whatever reason. Does it hinder me? Absolutely. Do I still get a sense of satisfaction from following said rules? Of course. Adding artificial difficulty is completely up to the player.

In a case like that, it’s fine, just snap the neck and hide the body. It’s more when trying to use a syringe and end up hitting the NPC. If they see you in the process, it’s already over; restart. If not, but you don’t want to restart, an accident ain’t happening, so just hide the body and go for a kill when you find the target.

So what would you do if 47 used his tie in place of his fiber wire? 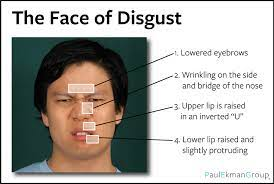 In actuality, I decide how I’m going to play the map when I start it and try to stick to it. Some times I demand a silent assassin, suit only, no loadout run. Sometimes I go for a mandatory-disguise. Sometimes it’s full emetics and toilet drowning. It varies a lot. I love the masamune, katana, combat knife, anything edged really. That mirrors my real life where I just like knives and swords.

I don’t like ties because I find them personally uncomfortable, they get in the way, and for combat purposes, are very impractical. They look good in movies and the whole “professional” thing I get, but there’s a reason soldiers don’t wear them to combat situations.

I’m actually surprised you like fiber wire so much given your “no evidence” stance. Fiber wire would leave a very noticeable red welt across the throat that any forensic scientist would immediately recognize. It’s useful in the game due to the way it auto-drags, it’s silent, and it’s quick, but in real life, it would leave a very clear sign of use.

In most situations I’ve found myself in while playing, it’s not any more useful than just subduing by hand. I know it’s quieter and sometimes the silent aspect is helpful. I did a full play through of the entire game using ONLY the fiber wire and I did enjoy that. I just find other items more useful to bring than that given it’s limited lethal-only use.

Fiber wire leaving a mark isn’t an issue when not going for an accident, but instead a direct murder. It is also not only quieter but also faster than subduing by hand, and spares you a second of time, which can make or break a run, by letting you move the body without a transition.

The way I play this game, if one second is the difference between success and a restart, I’m restarting. I hate rushing. I may be the slowest player I know.