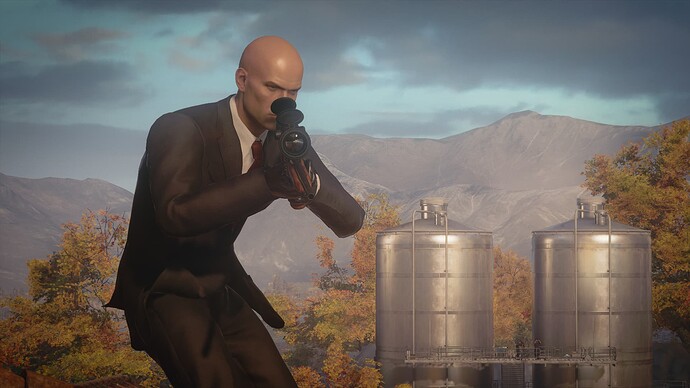 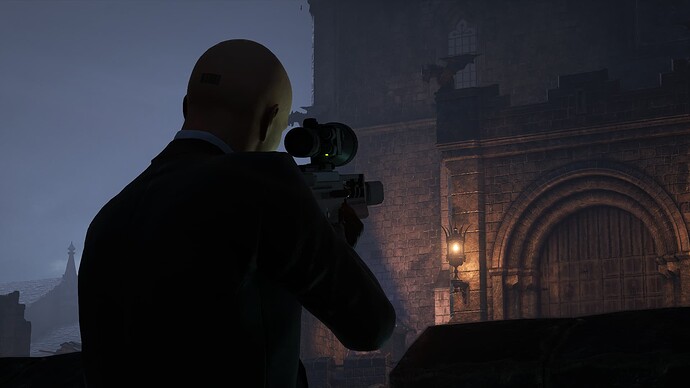 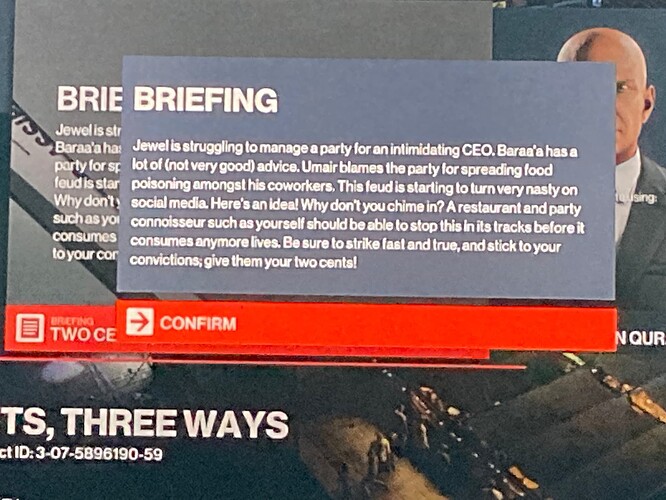 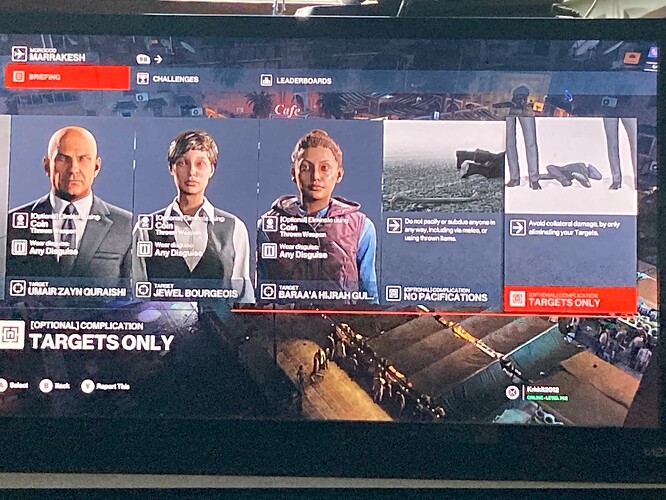 Brief Description: TL;DR: The coins represent 47’s input, the targets represent their own arguments, the lethal throw represents his big brain beat downs, and the complications represent the feud’s positive resolution and people moving on.

First, let me apologize for the budget pics; my Xbox app and I are currently having a minor disagreement about whether or not I exist. Second, let me explain why a contract the doesn’t require you to use a gun should be selected for something called “Hot Scope”. It all has to do with the kill condition; when exploiting the lethal coin glitch, you must have quick reflexes and be nearly perfect. To top it all off, when executed successfully, you CAN’T miss and the target WILL die. If that’s not a “hot scope” I don’t know what is!

Additionally, the (OPTIONAL) complications of targets only and no pacifications are there to play into the metaphor that this scenario is really an escalating Twitter feud. 47 is giving his two cents (hence the coin kills), whether wanted or not. Now, normally, these types of things tend to only get worse, especially as more and more people with less and less context pile on. In this particular case, however, 47 is going to be the perfect interloper; his input is going to be exactly what’s needed to defuse the situation and his logic and reasoning will be so quick and precise that the other arguments will instantly fall apart. 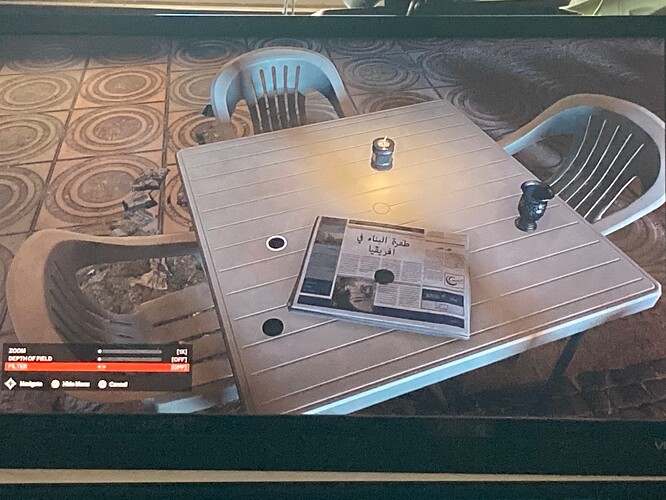 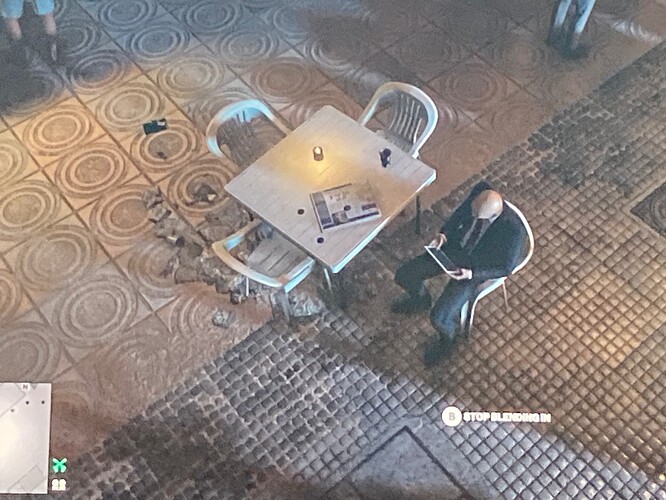 Contract ID: 1-02-4144770-87
Platform: Epic
Submitter name: pomegranate owl
Contract title: The Hotness Rivalry
Briefing: Good Evening, 47.
Today we’ve got a contract from Jason Portman, former CEO of Quantum Leap, who wants us to eliminate the hottest man on earth, Helmut Kruger, for unknown reasons. In order to not get distracted by his good looks you should stay far away and use a sniper rifle. And to compete with Kruger’s stunning features Mr Portman also requested you wear a vampire outfit, because according to him “they’re the hottest non-human creatures out there.”
Good Luck.
Brief description: 1 target, eliminated with a sniper rifle while wearing the vampire magician disguise. Headshots only and never spotted as optional complications.
Location: Paris 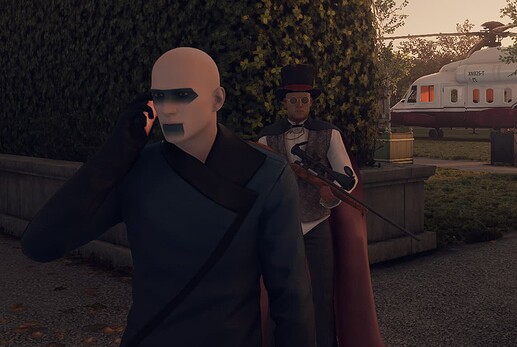 Briefing: Hope you’re ready for a cleansing, 47. Our clients, a congregation of religious zealots, have requested the swift and precise executions of a group of scientists who are on the cusp of presenting “new and scary” ideas about the origins of human life. You must also eliminate Luciano Maino, the informant who tipped off the scientists about this upcoming attempt on their lives. All targets are to be shot, or anointed, on the head, and not a single stray bullet shall be discovered. Good luck.

Brief Description: A contract that prioritizes precision with both a sniper rifle and a pistol. I thought it would be interesting to tie the contract into a religious context, given that 47 does have history with the church. 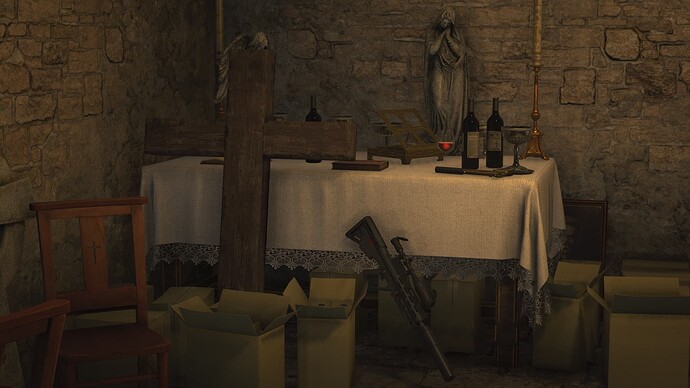 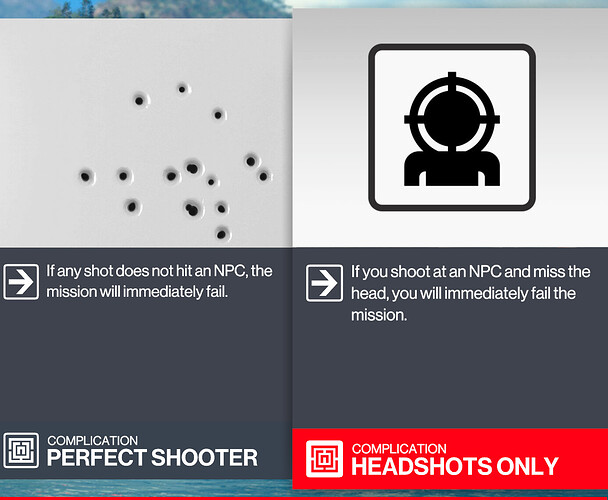 @Krkkit2012 Nice contract however based on my experience, I would suggest to replace this contract with another one as glitch and modded contracts are generally disqualified. There is still time till Monday. You may post this contract in Fan made Contracts.
Also, please try to take the screenshot from Xbox to get a clean image. Generally I take the screenshot and then transfer to USB in my PS4, Xbox forum mates might help you on this

It’s more of an exploit but if that’s the case, I probably missed that somewhere…

glitch and modded contracts are generally disqualified. There is still time till Monday. You may post this contract in Fan made Contracts.
Also, please try to take the screenshot from Xbox to get a clean image.

It’s not even that difficult of a glitch (it’s the only I really understand) but understandable. Unfortunately, it was really the only idea I had to make it stand out but I’ll see if I can come up with something by the deadline. I actually already have a similar one in the fan made thread but I might post this one (if I can figure out my image transfer issue). Speaking of, I normally use the Xbox app for that stuff but, right now, it’s erased my account (or something) and I can’t figure out how reconnect atm…

Good idea. @Crewdy @Viv @linux_penguin @ColdDayInHell (any others I forgot or was unaware of) you guys have any prior experience with issues like this in the Xbox app?

Good idea. @Crewdy @Viv @linux_penguin @ColdDayInHell (any others I forgot or was unaware of) you guys have any prior experience with issues like this in the Xbox app?

Are you talking about the Xbox app on PC or on tablet? Send me a PM and I can try to assist.

Sniping the yoga instructor from the sauna’s back area is very satisfying and cinematic. I enjoyed the way the double doors frame the platform he’s meditating on and the snowy mountains behind. Great contract!

My submission (based on an older contract I made in H2…). 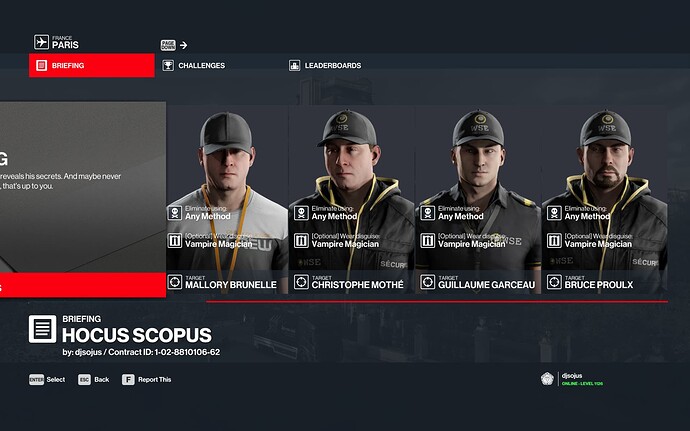 Hitman 3 Screenshot 2022.06.24 - 15.18.35.611920×1200 126 KB
Contract ID: 1-02-8810106-62
Platform: PC (Epic)
Submitter name: djsojus
Contract Title: Hocus Scopus
Briefing: A true magician never reveals his secrets. And maybe never leaves the room? Well, that’s up to you.
Brief Description: Start at the auction or in the empty attic room – it’s very easy to get to the disguise. Now you have a choice: Get a sniper rifle (stashed in the same room) and taking out your targets there. Or sneak around in the vampire magician outfit and kill your targets up close.
Location: Paris
Image suggestion: Wanted to make one with 47 as the magician aiming with his sniper rifle from outside the room, sorry, can’t do it… So here’s another one: 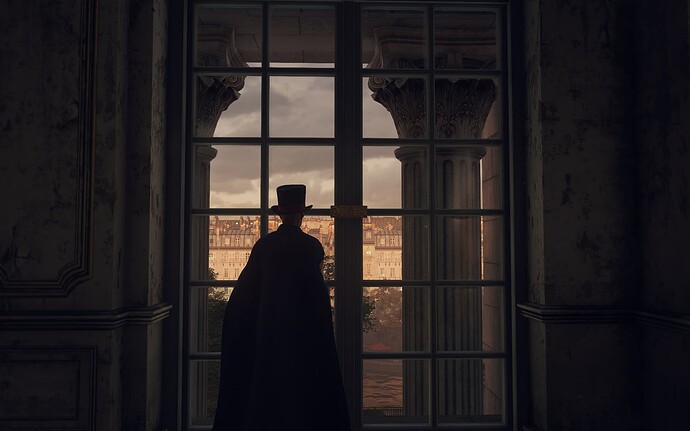 @Krikkit2021, hello. Here is a tip for your images. 1.) take the screenshot via pressing the Y button when you are on your side home page. 2.) go to recent recordings/ screenshots and click on the screenshot. 3.) click share, then one drive. 4.) then go to one drive on your xbox, or phone/ laptop etc. 5.) go to screenshot folder, then xbox screenshots, find your image, then copy by pressing three lines button. 6.) click paste (same way as copying) on the forum. There you go. If this was helpful let me know.

I’ll try that later and let you know, thanks! 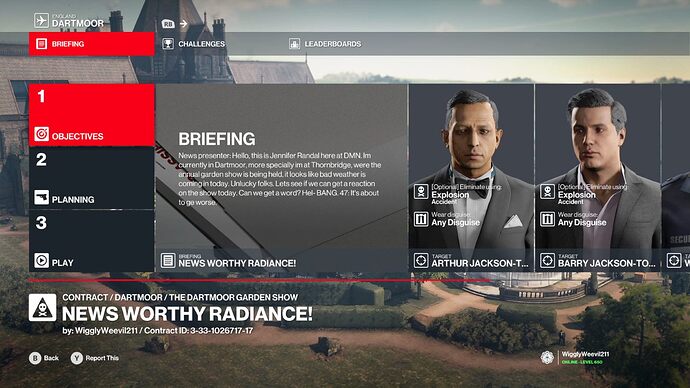 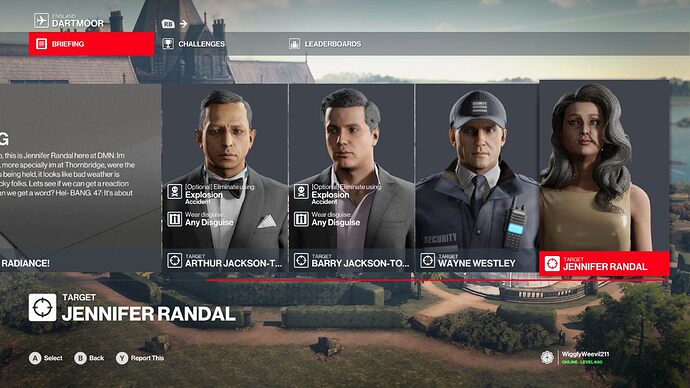 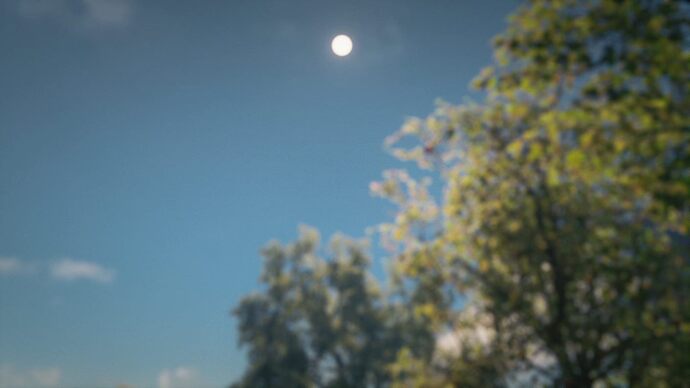 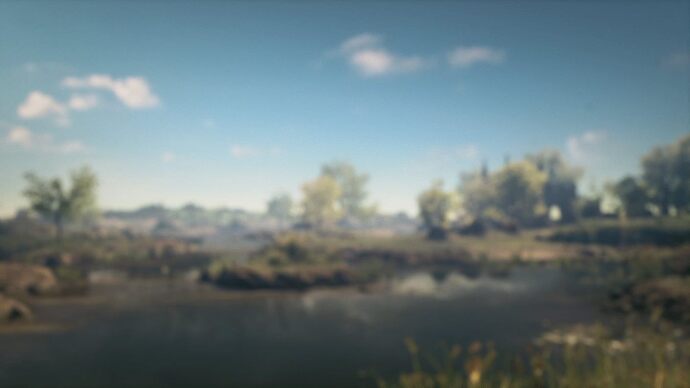 Decided to go against my old one and try for a non-sniper attempt.

Are you feeling lucky 47?

A little bird has told us that there is a man who is carrying three items that you can use to eliminate your targets.

We request that you Eliminate that man with a headshot to show your skill and the rest with what you find on his body.

Brief Description:
Jeff drops three items randomly, some are unobtainable throughout the map and some others can be found around the area. If you happen to be lucky and get the two items needed, then the contract can be completed faster. However if you don’t get what you need, then you’ll have to scope around to find the items. Oh, and headshots only too. 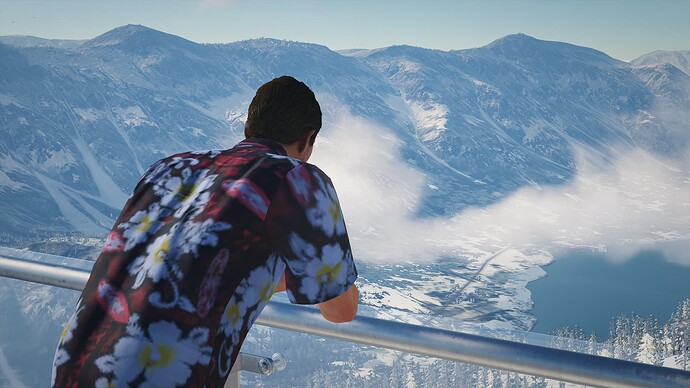 Good idea. @mkSolas Can all the items from Jeff be found in the map? If so good, if not that would be annoying, but props towards replay ability and map knowledge which is good. 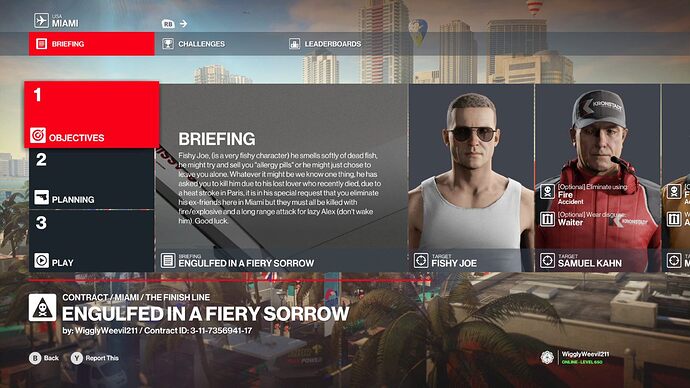 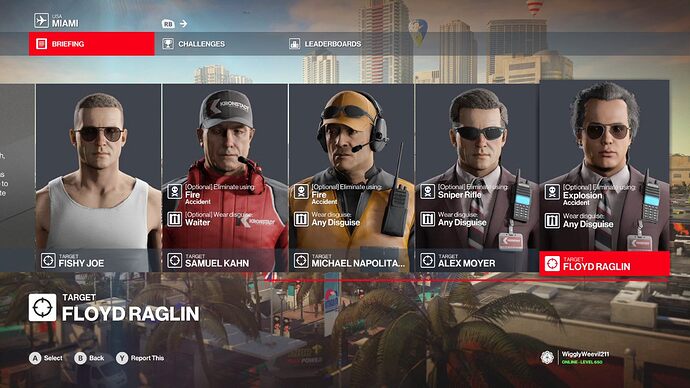 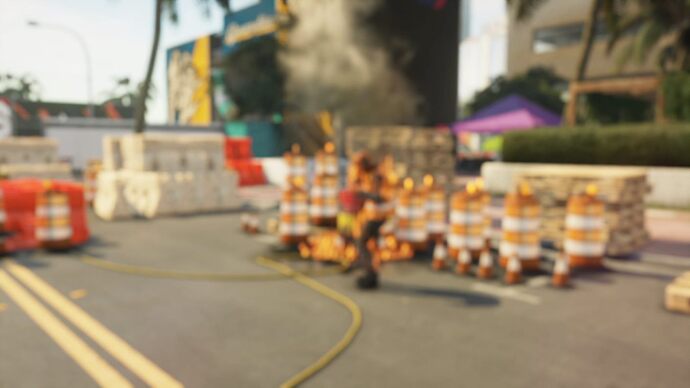 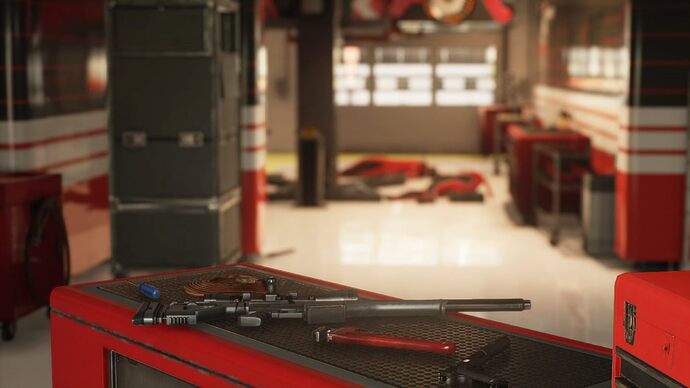 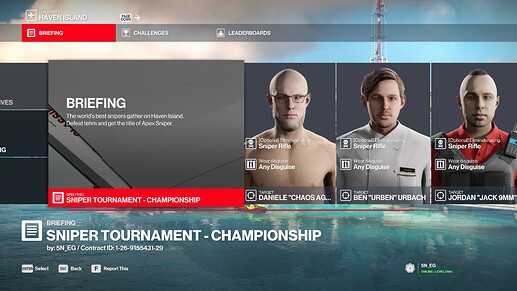 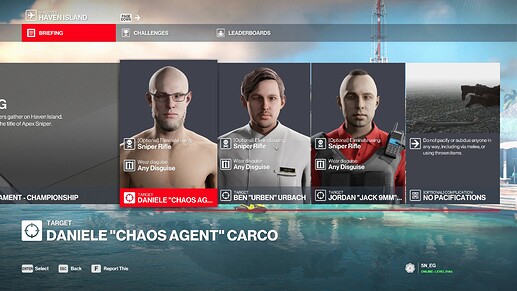 Brief Description:In this contract, you will go head-to-head with famous snipers from HITMAN for sniper glory. The rules are very simple: defeat your opponent. Of course, this contract is inspired HOT SCOPE. So don’t forget to bring your sniper rifle! 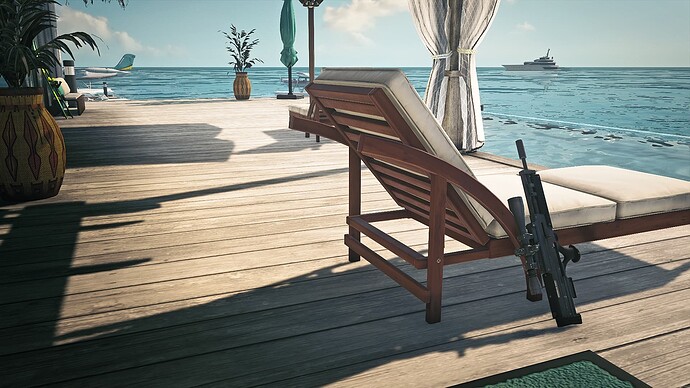 I believe that only the Saber, Remote Explosive, Battle axe? are unobtainable to find in the map. The Fire axe, Katana, and Modern Lethal Syringe (can be brought in too) can be found in Hokkaido Patient Zero. 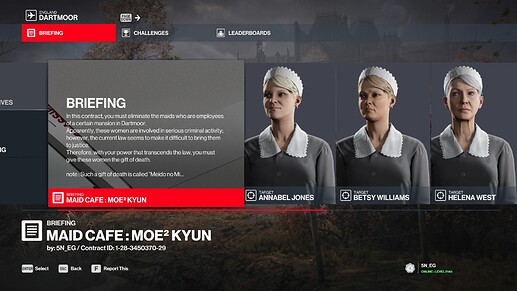 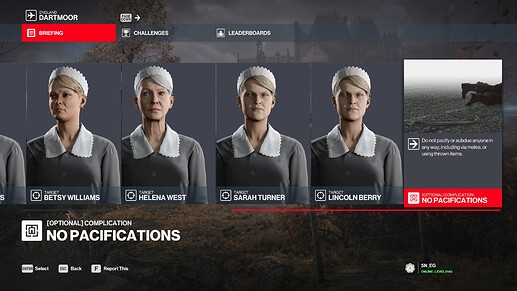 Briefing:
In this contract, you must eliminate the maids who are employees of a certain mansion in Dartmoor.
Apparently, these women are involved in serious criminal activity; however, the current law seems to make it difficult to bring them to justice.
Therefore, with your power that transcends the law, you must give these women the gift of death.

note : Such a gift of death is called “Meido no Miyage” in Japanese idiom.

Brief Description:
This contract can be played using any method.
However, the five targets are located in a large area, so it is advisable to have a sniper rifle at the ready. 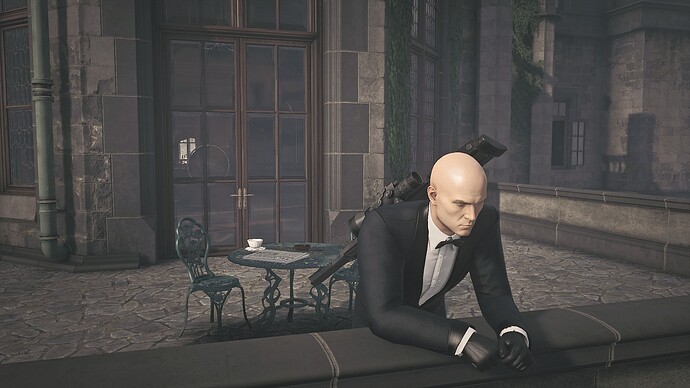