Hippie runs to a guard to report

Hippie sees the trail and goes underneath the chandelier

He’ll leave the bathroom, see the coin trail, and will go underneath the chandelier

I don’t hate these ideas and I’ve spent most of my morning at work thinking about it… I think I’d have enough to work with now.

You know what? Eff it. If the submissions are still open in a few hours when I get done with work, I’ll make my damn hippie contract! 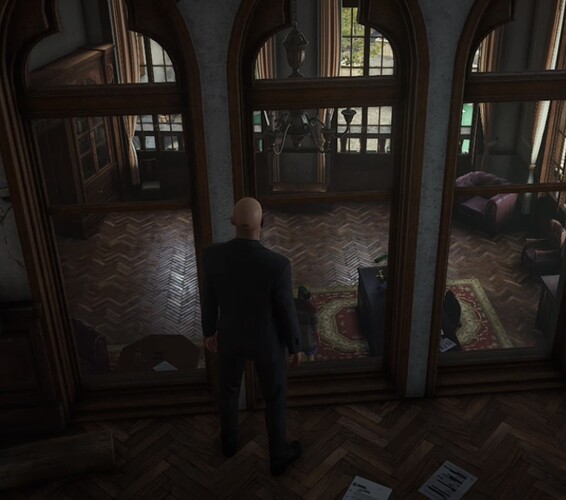 You might have not enough time to play through some of them before it comes out.

yeah the fc batch release got delayed until end of sept

Damn. That’s a first for @Clemens_IOI. Pushing the date back. My only other guess is that they’re probably getting ready for the release of Freelancer game mode. Hope they haven’t forgot about it. I think a lot of us are looking forward to playing it, including me.

yeah hopefully they change their mind on the new date, it’s not like the fc is time limited or anything

Contract ID 1-34-5736357-00
platform PC
Submitter name: stewiemitch1974
Contract Title: The Accidental Tourist
Briefing:
Well this haven island isn’t what the brochure said it would be!
The gift shop is terrible and would only sell me poisons but only if I found frogs and flowers
The Entertainment Rep tried to recruit me to a heist after I won his mediocre slap fight challenge
The Resort manager just lets people with automatic weapons lay around.
The Bar manager is under supplied and had me running around for coconuts and cigars
Then there is the guy who recommended this place to me when we were in Hikido

Interesting idea. I try to complete it with pleasure!