Sales for Hitman games (all platforms)

Okay, I’m FINALLY biting the bullet on buying the 7DS on Stadia. £15 for 7 is a much, much more agreeable price than £25.

My bitter campaign has come to an end.

I think I’m going to hold out for a little longer. I’ve still got main game challenges to finish, as well as the rest of the Deluxe Escalations. I jumped at 40% off the Deluxe Pack, only to see it swiftly increase to 60%. I am happy to wait for the 7DS Collection to reach 60% or even 75% in line with other packs/passes.

Also, I’ve just noticed the Deluxe Pack is no longer being included in the Epic Store sale (as was previously corrected back in October). I own it now, but flagging again for the benefit of others. 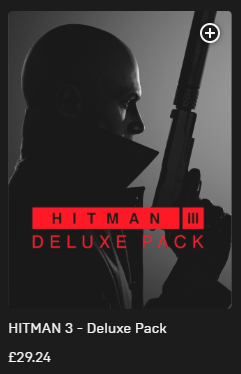 I’m guessing IOI folks might be on leave, so just tagging @Travis_IOI & @Clemens_IOI for visibility after the holidays

I’ve just noticed the Deluxe Pack is no longer being included in the Epic Store sale (as was previously corrected back in October).

but flagging again for the benefit of others

Deluxe Pack has been on sale twice. In October when IO corrected it as it was on sale on every other platform except for Epic, and in November when it was also on sale for PS and Stadia.

It’s not on sale on any other platform during this Winter sale though, so I don’t think that flagging is necessary as it’ll most likely not be on sale everytime one of the editions go on sale.

I that it’s intended for the Deluxe Pack to not be on sale currently, but maybe Travis or Clemens can chime in on that.

For what it’s worth, my two cents is that the Deluxe Pack should always be on sale in line with any Deluxe Edition sale.

my two cents is that the Deluxe Pack should always be on sale in line with any Deluxe Edition sale.

Sometimes, the platform holders want to have specific products on sale, i.e DLC only. When that’s the case, we can’t always line up the sales in the way you describe. There’s also rules about how frequenlty items can be on sale, based on the previous sale etc so there’s a fair bit that goes into these considerations.

Thanks for the reply. Certainly appreciate it’s a complicated matter across platforms with their own rules. I wasn’t under any illusions that you guys could just flip a switch and do whatever you want!

Hitman 3 and all of its DLC is on sale on Playstation! – Until 20th January, 3am EST
(The original versions are on sale too, but these H3 prices are either the same or lower than the OG sale prices.)

This is not the only time this has happened.
In Japan PS Store, “HITMAN 2” was also rarely sold at a discount.
Why is it that the frequency of discount sales differs from country to country?
If possible, I would like to see a discount sale at the same frequency as PS stores in other countries.

Then again, as far as I know, “HITMAN Game of the Year Edition Upgrade” （And by the way, the “HITMAN 2 - Expansion Pass” too）is has never been sold at a lower price in Japan PS Store. That’s a shame, too.
（Sorry if I’m just missing it.） 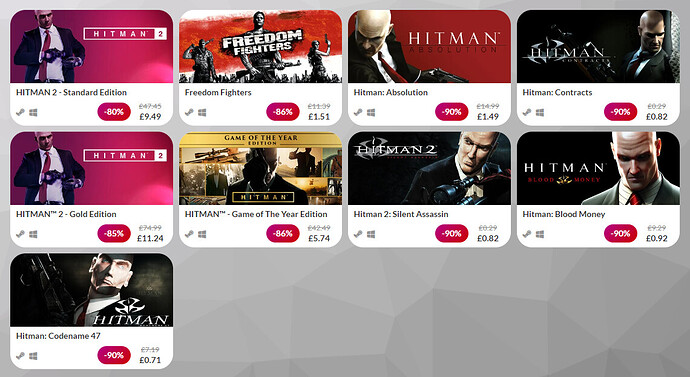 86 - 90% off all games published by IOI (Except H3). UK prices shown, but it should be pretty good discounts all the same.

(for newcomers to WOA who may happen to see this page; don’t bother with the Hitman 2 standard edition).

Today marks 1 whole year since the Hitman HD Enhanced Collection has had any sale on PS4. @Travis_IOI @Clemens_IOI Will we ever see it have another sale again? 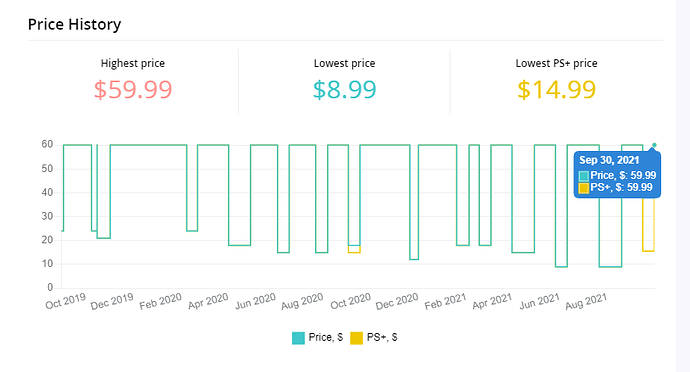 Thanks for flagging. I’ll raise it where needed and get a status update.

Is there any possibility that we can get the HD Trilogy playable on Playstation as well? Afaik it is available on Xbox but sadly not on Playstation

It is available, but just for PS3. Xbox has the luxury of emulators built into their newest consoles, but IOI would have to port the game to PS4 for it to work, which… might be more work than it’s worth?

(And what do you care? The HD Trilogy doesn’t have C47

is available, but just for PS3. Xbox has the luxury of emulators built into their newest consoles

Yeah i know but it’s not playable through the classics catalogue or whatever its called now on Playstation.

And what do you care? The HD Trilogy doesn’t have C47

But the two next best Hitman Games, Silent Assassin and Contracts. I own the Trilogy on Xbox 360 but I don’t want to set this up

Yeah i know but it’s not playable through the classics catalogue or whatever its called now on Playstation.

Unfortunately, since it is a PS3 title, unless the work gets put in you’ll be stuck with a streaming version on PS5. So added latency an potential streaming quality issues.

Hopefully the Enhanced Collection gets a discount soon. Have been wanting to go back and revisit while waiting on Freelancer.

you’ll be stuck with a streaming version on PS5

I know that and I’d be fine with that, but there isnt a version available for streaming, for reasons unknown to me.

Some Hitman games are currently PlayStation’s Deal of The Week:
(Sales last till Nov. 9th)

Alternatively, if you’ve haven’t purchased any of the above versions before:

This is a good opportunity to get into the Hitman Trilogy before Freelancer releases in January. Though, if you’ve already tried a Hitman game in the past, you can grab on of the sequels for cheap and play them all through Hitman 3 (or the Free Starter Pack). Just remember that Hitman 2 & 3’s DLCs are separate purchases and not currently on sale through PSN.

Plenty of purchase clarity for anyone who may need it.