A thread for the last roadmap of Seven Deadly Sins. The Season of Wrath storms into HITMAN 3 on October 26 and brings the Seven Deadly Sins campaign to a close with an almighty firefight. 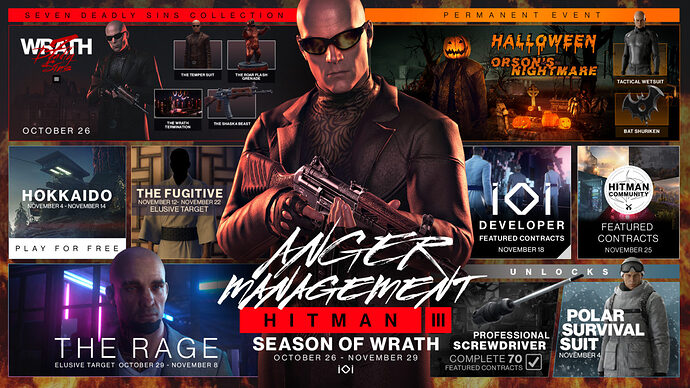 UNLOCKS (in order of when they become unlockable):

the 26th which is tomorrow on tuesday

Its the turn of Hokkaido free for all and ET i very hope, i wait for white yukata since Hitman 2🤣

Frankly, I’m hoping it’s the Fugitive. That one is one of my favorite ETs; the backstory on the contract, the target’s gimmick, the reason for the gimmick, I love the whole thing. I want to knock the rhinoplasty patient off the yoga platform.

well its your luck day my friend

There was also a two target ET called The Surgeons which had an optional objective of finding virus syringes and killing them by injection. I’ve never gotten to play either Hokkaido ET but the Fugitive seems more interesting

oh yeah i forgot about those guys

Isn’t it weird that the season starts tomorrow and we still don’t have the roadmap?

Isn’t it weird that the season starts tomorrow and we still don’t have the roadmap?

The update would include a patch as well?

Totally weird…do you think there will be some extra content for Halloween?

The update would include a patch as well?

A game update equals a patch. There will definitely be one today in order to add Wrath content into the game. But I’d assume you’re talking about whether it will include bug fixes and general improvements, then we should find that out later today as well.

Totally weird…do you think there will be some extra content for Halloween?

Nothing is weird about it lol. And yes, we’ll have at least one set of Halloween themed content. The Mills Reverie Escalation is returning. 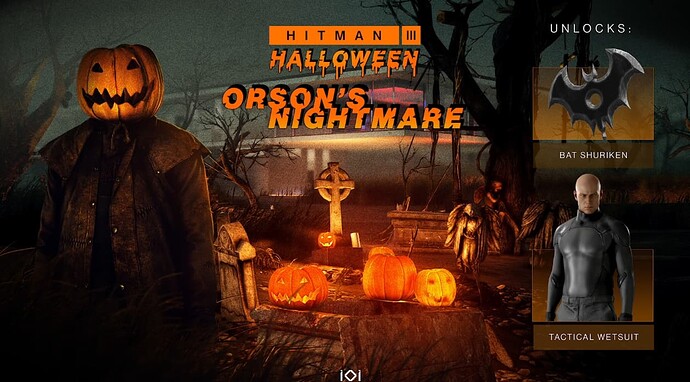 The full Season of Wrath roadmap alongside with the roadmap trailer will be posted around 3pm CEST (-+ one hour).

Thanks, yeah I don’t usually buy the dlc