I’ve never argued that it couldn’t be done, but I will argue that the ways you can use sniper rifles and explosives become limited and contrived if you’re not willing to void SA. It feels like I’m not using the weapons strengths and just playing with a handicap.

These weapons may be loud but they are very capable of killing remotely in a way where other NPCs can’t witness or appropriately assign blame to you. They get a loud noise, a dead body, and you can slip seamlessly into the crowd to escape. It still feels very clean and very much in the spirit of the game.

The implementation of the Sniper Assassin challenge available for every level allows body’s to be found for good reason.

You always have a opportunity to choose one from three random generated Prestige Objectives which add another layer of challange to choosen contracts. Prestige Objectives are most rewarded objectives in game because reward you with 20/25/30 merces (where normal one 5/10/15). There isn’t any pattern here, sometime you can have three time trials etc, it’s totaly random. 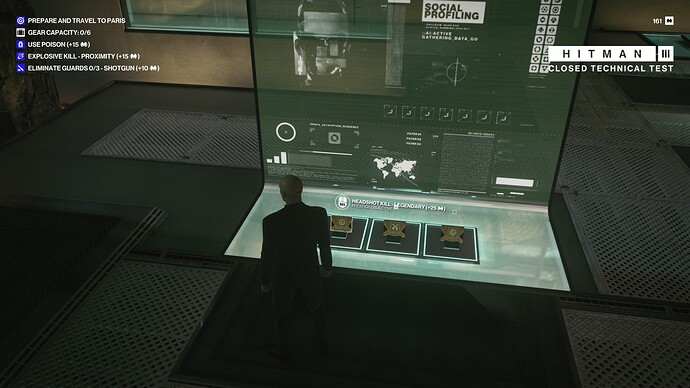 But killing guards (non targets) and having the SA prestige is a contradiction. Can’t have both. Hence why they should make optional objectives (kill 4 guards) part of SA

But you’re exactly right. They are contradictory and that’s the point of it all.

Silent Assassin is to just kill your targets unseen – you do that, perfect, you get a whopping 30Merces.

You don’t do that, you get a 10Merces payout instead – if you can kill guards and escape.

You’re trying to have both cakes and eat them too, but that’s not why the objectives are built the way they are, IMO.
They push players to take more risks against NPCs that have guns, to take more time in the level – time they may not have, if in an area with lots of enforcers.

It’s a roguelike. It’s supposed to work against you. Not getting easy Silent Assassins, no easy ways to make LOADS of money by having SA-Prestige-friendly objectives like that.

That is absolutlly true. But pleople like 47saso47 don’t understand/agree on that because they used to master every level and it’s how they see the game. They don’t even try understand that Freelancer show different side of challange still being very Hitman puzzle game. But for them “Silent Assassin” is the “true experience of Hitman”, and everything besides doesn’t matter. That is the reason i’ve stoped to explain it, because it’s pointless. It’ calls “tunnel visioning”.

No. It goes against the entire point of the mode.

I agree with you especially about the weapon strengths, but it’s also true that if you remove body found sniper rifles and explosives are a little OP because you can be very far from where the killing happens. So if anyone is capable of mantaining no body found while using these weapons maybe he deserves extra rewards.

I am on the fence about silent assassin being worth more than other objectives in Freelancer:

(1) On the one hand, Hitman is always about setting up the perfect silent assassination. It is in the Hitman DNA.

(2) On the other hand, it is liberating to have choice, to be rewarded for going loud if you have to.

It also increases use of the inventory, which is limited mostly to silent guns, things causing your targets to throw up, and little hidden devices. I never understood Hitman in having access to a cache / bevy of weapons of mass destruction like loud guns (pistols, shotguns, assault rifles, SMGs, sniper rifles, etc), but never being able to use them in most cases because of the limitation of silent assassin.

Do I want to be sneaky Agent 47 or guns blazing like Rambo?

I think I want to be able to do both, and prefer if different missions provided sometimes the option of silent assassin, and sometimes a bigger reward in being a badass Rambo.

I think I want to be able to do both, and prefer if different missions provided sometimes the option of silent assassin, and sometimes a bigger reward in being a badass Rambo.

Different syndicates have their own pool of optional objectives they pull from to promote different playstyles.
For example, Espionage syndicates are about a traceless ghost playstyle with tasks such as not changing disguises, not unlocking doors, not getting spotted, no kos and so on.
Meanwhile syndicate types like Arms Trafficking focus more on rambo style by having plenty of possible objectives connected to using guns (including killing excess guards with them).

And then there’s SA and SASO as some of the prestige objectives.

Basically, yeah. Which I think is the perfect way to do it - no one playstyle gets disadvantaged in anyway.

Other people don’t agree (as indicated by this thread) and want it changed to favour those that play silently - but honestly I don’t see it changing. IO said outright before the CTT began that they weren’t changing anything gameplay related before it launches.

IO said outright before the CTT began that they weren’t changing anything gameplay related before it launches.

Hooo boy I really hope they do change stuff, because Freelancer isn’t as well balanced as people seem to think it is.

You always have a opportunity to choose one from three random generated Prestige Objectives which add another layer of challange to choosen contracts. Prestige Objectives are most rewarded objectives in game because reward you with 20/25/30 merces (where normal one 5/10/15). There isn’t any pattern here, sometime you can have three time trials etc, it’s totaly random.

I get what you mean. Funny enough, I saw somebody’s CTT walkthrough on YouTube and they picked the ‘Silent Assassin/Suit Only’ prestige objective which obviously added that additional bonus reward.

So basically, you always have that option to add to your objectives if you wish.

Another option I thought of would be to remove SA and SASO entirely from the Prestige Objectives and add a new category (don’t know what to call it) which you can always chose SA or SASO from, and you get merces for it, but if you fail, it halves the merces payout from the remaining objectives (or a similar punishment).

There should be some kind of penalty for your crime been spotted but not for non-SA.

And I think that there shouldn’t be a payment reward for Silent Assassin at all. But there should be other consequences if you been spotted or body will be found but not as traditional way - less points/less money. But some kind of penalty like:

That don’t force people to do Silent Assassin but they need take care abour consequences. Bigger payment for SA it’s like “You playing wrong, do it better, because SA is the true way of playing”, which restrict people from freedom of using different equipment. Once again everyone will be using Kelmer, poisons, Gastanks, Silencers etc… and this isn’t the point.

Point is to get rid that feeling that “Silent Assassin” is the only way of playstyle what is worth doing it. I agree that no consequences at all for killing civilians is bad, but there shouldn’t be a glorification in better payment because it’s just stupid.

I don’t think adding more complex mechanics in a gamemode already overstuffed with them is a good idea.

On the main CTT thread, I suggested cleaner costs, Ala Payday 2, which punishes players by making waves more aggressive and give a cash penalty (that and admonishment from Bain).

Maybe you right but I think this mode should be created in such a way that the player thinks globally about whole campaign and not only focus on the execution of individual contracts, because it will be nothing more than another Cotract v2.0 with Safehouse mastery without leaderboard.

This is not about how you done a contract but how you manage whole Campaign. This is true idea behind Freelancer which make a different experience than “Contract Mode” that’s why I think “Silent Assassin” shouldn’t be a main goal but only a method that allows you sukced campaign in harder but smoother way. It’s a rouge-like so it’s a risk management.

Anyone who played Darkest Dungeon know exacly what I mean.

Then maybe as a player, you should learn how to use them effectively and still get SA. Just cuz you use loud, it can also help you in certain aspects.

Loud items don’t hurt you in any way to achieve SA. You just have to learn how to use it.

Hence SA with loud sniping on the food critic ET. 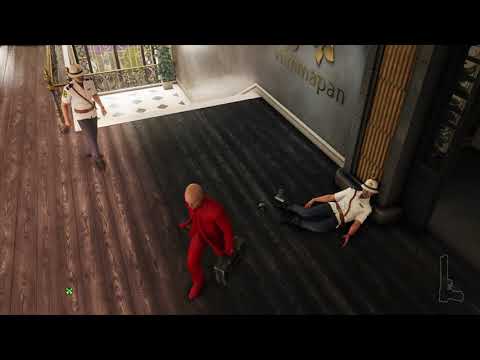 This is a creative way but not true Hitman experience. You totaly ignore immersion aspect of game and play like a logical game, where you don’t care about how it looks but how you can score big numbers. Litteraly you could kill a target with sniper rifle from melee distance and then hide body - “yeah i’ve made it!” or kill with C4 then run to room hide body before anyone who noticed explosion will discover body. Like people who thrown gas tank with breaching charge in front of everyone and detonate to gain accident kill and Silent Assassin.

It’s like in this clip - that body would be discovered anyway, it was matter of seconds. But you used exploit to score in time. STATISTICALLY clean, in reality what a mess.

This is ridiculous way of playing Hitman, but that isn’t True Hitman Experience . You play it wrong. Change my mind.

This is a creative way but not true Hitman experience.

Again, I am not talking about how anyone plays. I’m talking about the reward system. A more skilled assassin should be payed out higher than a sloppy one.

So you catch a bait. Interesting.

To be honest I don’t care how you should or want to play, it’s all up to you. My post was a to provoke you to say that, because you’re the one who try to tell everyone here that YOUR approach is that true approach and other should play this game how you imagine Hitman. And you forget about freedom aspect of this game.

A more skilled assassin should be payed out higher…

And they are, but not in the way how you used to know, but in different way. Because Freelancer is a diffrent experience so this is new kind of puzzles to solve. Your problem is that you try to compare to what you learned and compain that isn’t that same. Mostly because you didn’t played personaly so you don’t know taste of this new puzzles. You vision is limited to each contract, and Freelancer show you a new challange How to complete whole campain, its a new challenge of risk managment the new puzzles.

… than a sloppy one.

I’m not sloppy one, I’m just tired of playing over and over again this same method, ignoring all collected equimpent. After +2k hours it made me bored*. I want to have fun without thinking that SA is restrict me in this new experience. I don’t want another Contracts Mode 2.0. Immersion is something that makes for me true Hitman game, and having better payment for SA just dont work for me and destroy that feeling.