I feel like this discussion was not made to have any fruitful opinion on Freelancer, but more as a way for Shade to say “So here’s why you stuck-up SA purists are wrong”, because that’s the vibe I’m getting from this entire thread

That discusion was just moved from main thread to separate. There or here - doesn’t matter. I’ve made my point and share opinion many times, and I’m just argue only with 47saso47 because hes egoism was something that I needed to pin-point. But in this case I’ve also succesfull made my point what I wanted to achive. I don’t have nothing more to say in this case.

But i’m willing to discus any other options and find a solution to balance this aspect - because in oppostite to 47saso47 I’m for to this mode would be suited for everyone.

Another option I thought of would be to remove SA and SASO entirely from the Prestige Objectives and add a new category (don’t know what to call it) which you can always chose SA or SASO from, and you get merces for it, but if you fail, it halves the merces payout from the remaining objectives (or a similar punishment).

Now this is a pretty cool idea in my opinion.

because you’re the one who try to tell everyone here that YOUR approach is that true approach and other should play this game how you imagine Hitman. And you forget about freedom aspect of this game

And they are, but not in the way how you used to know, but in different way. Because Freelancer is a diffrent experience so this is new kind of puzzles to solve

Sigh again. There is no skill in throwing a Ducky at a target and his 3 guards and blowing them up in front of everyone. That’s just sloppy gameplay. Not skill. Hence why it should be a lesser payout.

At the end of the day, the ai just isn’t programmed to facilitate a new experience. For example, if I drop a duck on the ground in the path of the target and his guards, the ai doesn’t SEE ME drop it. Then when I trigger the duck to blow up, all the npcs that SHOULD know that I dropped the duck and caused the explosion, they don’t compromise me. They are stupid to the situation.
If I run around in circles, wearing a clown costume, drop a briefcase that then blows up, I don’t get compromised cuz ai doesn’t learn these type of “role play” things.

Different syndicates have their own pool of optional objectives they pull from to promote different playstyles.
For example, Espionage syndicates are about a traceless ghost playstyle with tasks such as not changing disguises, not unlocking doors, not getting spotted, no kos and so on.
Meanwhile syndicate types like Arms Trafficking focus more on rambo style by having plenty of possible objectives connected to using guns (including killing excess guards with them).

And then there’s SA and SASO as some of the prestige objectives.

What I have observed in YouTube videos are targets which are escaping, where you have limited time to catch the targets before their escape. I am not a big fan of this.

I prefer to have the time to think through what I am doing, and for my being rewarded for planning, instead of being rewarded for reaction time, where I am likely to make a mistake and random variables and luck come more into play.

From the gameplays I saw the targets only start running away once you slip up and alert them.

What I have observed in YouTube videos are targets which are escaping, where you have limited time to catch the targets before their escape. I am not a big fan of this.

It only Leaders from Showdowns. In normal “Territory Takedown” targets don’t escape. Leaders escaping when you rise alarm, spotters will notice you or you do inlegal action in Target sight. Target’s Escape is triggered only by your fault, so you need be double careful how to play and don’t expiose too much for Enforcers. Untill that you can observe and plan without haste.

I found this quite challanging, that give that tension

They escape path is quite long so if something go wrong you have quite long time to react (but that of course depends on map).

This. They only start running if you are spotted by a lookout or a suspect finds a dead body or something to alert them that trouble is nearby.

a suspect finds a dead body

Even if it is an accident?

OK good. It sounds as if you are careful then you can prevent triggering the escape, and that catching the target escaping is possible. All sounds good.

The 50 kills per location (although the CTT had the Hokkaido one set at 100 for some reason) is fairly easy to complete, especially when you consider the GOAT challenge which requires 10,000 kills. If anyone is going for full challenge completion, the location kill counts will just happen without any thought as they work towards completing GOAT tbh. I’d be surprised if someone completed GOAT without killing 50 targets in each location.

But with that GOAT challenge (and the complete 100 campaigns one), I think its pretty clear IO want people to be investing a lot of 2023 into playing the mode. During the official CTT period, I killed on average 7.2 targets per hour that I played the game. To complete GOAT at that same rate, I need to play for 1,389 hours.

There’s probably little side things that weren’t present during the CTT, but the bulk of it was probably there so the final version of Freelancer coming in January probably won’t be that much bigger than the CTT.

There wasn’t any story behind this is beta test so I don’t think that will be either in final. To bring you engaged there is plenty of things to unlock in Safehouse. 100 mastery level, where after 20h I’ve unlocked 25th level. So I guess at least 80-100 at least is needed. But some challenges (and threre is a looooot) meant to be done by months

During the official CTT period, I killed on average 7.2 targets per hour that I played the game. To complete GOAT at that same rate, I need to play for 1,389 hours.

My statistics wasn’t so optimistically, my math shows something 3500-4000 hours. But I don’t believe that 10.000 will be in final version, it’s just something riddiclous stupid and IOI examines our reactions, so we should boikot this, isn’t funny joke.

Even if it is an accident? 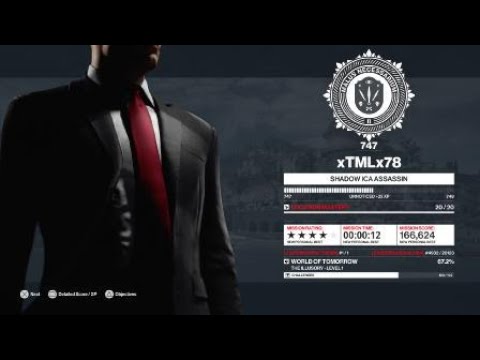 This is not skill. Sure okay like and play that way if you want, but I don’t think it should reward the highest payout just cuz it’s the main “objective”.

OK if they expect us to play Freelancer for 1389 to 4000 hours for GOAT, there better be at least some milestones that have payoff outside dressing up your pad, such as story narrative high or something. I’ve played all content of Hitman 1, Hitman 2 and Hitman 3, plus have merch, and thousands of hours of Hitman since 2016. Freelancer looks like it may be years of more Hitman to reach the highest achievement. IMHO, that is something to look forward to. 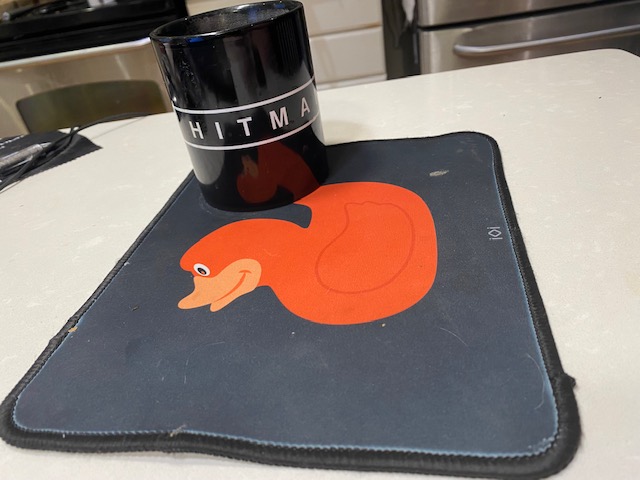 If SA gives bonus cash wont it be too easy to achieve in earlier missions?

I don’t think there is some milestones, but I also expect that GOAT have at least one figure less 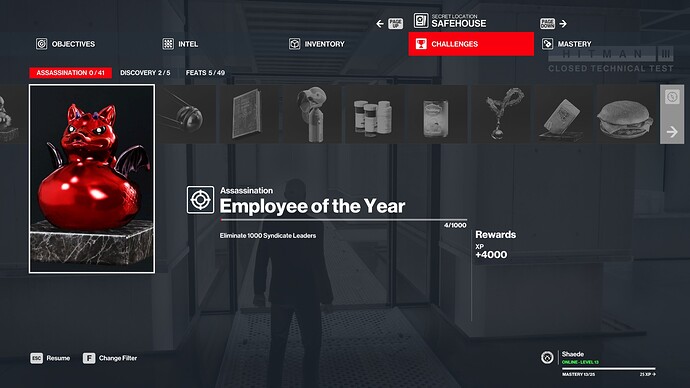 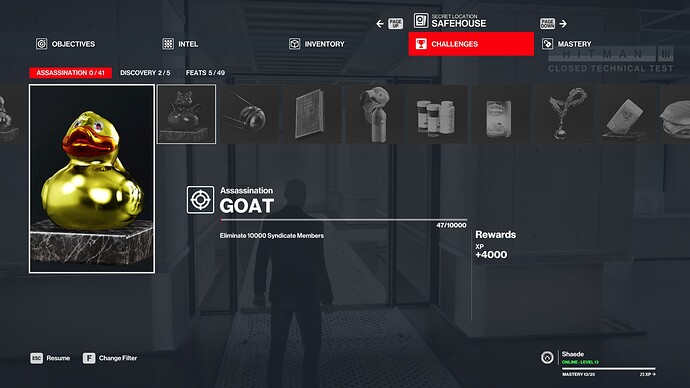 They should send us a gold ducky. lol

You are almost an Employee of IOI deserving of the gold plated toilet, if you can eliminate 100 Syndicate Leaders.

this all hinges on having a good rating system, which the current game does not have. the game equates walking in and out of a tresspassing zone and getting spotted as equal to getting ten different witnesses with your pistol out. its too binary.

there is no incentive to go for a clean kill after you make one small mistake, since SA is clearly off the table. personally, i think freelancer (and the main game) would benefit from a mode where you try to contain bad situations, and gives you ratings much like the older games, based on the amount of witnesses/bodies found etc. it has to be scalable

“oh no, i accidentally got spotted and had to kill two guards, and then someone found both of their bodies. my rating is no longer SA but at least i should still seek to preserve my ‘expert’ rating.”

i am well aware they will never do this.

I don’t think that is good direction.

I’m not a fan to being forced to play Silent Assassin all the time and be punished if I’m not, but I understand that is a tribute to someone who want to do everything perfectly. So Silent Assassin shouldn’t have situation where you need to fix something. You’re perfect or not, and that status show that.

Different aspect is how to reward Silent Assassin status to everyone be happy.

Facts:
In normal game Silent Assassin is a rank for playstyle, but depends how obiectives and requiments you met - that would be your score (stars). For example: contract suggest you kill a target with screwdriver but you done with knife. You’ll achieve SA but only with 4/5 stats.

Question is: how to reward for SA in different way? I think that not having of consequences in future contracts within campaign is a good reward since Freelancers is a career mode. But some people thinks differently and want to have 1:1 reward for being SA, which I think doesn’t work for this mode. Because it’s whole campaign not a single contract.

Since there is no SA in Freelancer you don’t need to take care of problems as soon you do all objectives. But not having ANY CONSEQUENCES for mass murder is still quite a problematic tho and something that need to be addressed. 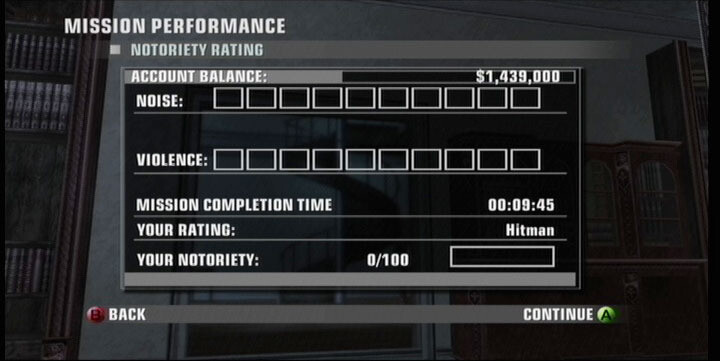 I think that system similar with Stars in GTA or Notoriety ranking in Blood Money could work. Some kind of progress/wanted bar… If you’re too messy doing your business, Interpol will track you and your campaign is over. When you’ll Finnish your campaign you get a rank, and depend how good you were, there should be a proper reward or not. That would be sweet.

Current state:
Right now - how campaign work in Freelancers is quite weird. You comlete it and that’s it. No reward, no overall rank, no leaderboard at all. Just butterfly effect and you starting again like in simulator. This is something what I found unsatisfactory my self.