I disagree. Ambrose Island, while great, is not a map you release to culminate a trilogy that has spanned over half a decade. I do honestly believe there will be at least one last map to bring the series to a proper closure, now that Untouchable has been usurped as the trilogy’s final level. Releasing one random map in the Andaman Sea to tie up a loose end nobody really paid much attention to, just doesn’t convince me that this is the note IO would end on.

By the way, this is not the purpose of the thread, but I would like to see the implementation of minor change maps with all the items placed on each map renewed as a leverage for the existing maps.
For example, bananas and apples in “Paris ver 2”, rakes and car batteries in “Colorado ver 2”, durians in “Haven Island ver 2”, etc. It would be fun to place items that were not there before and change the strategy.

Copium. Is body is on ice and I get are making clones of him and you have to burn his body.

I’d like to see the additional items and whatnot brought into older levels for sure.

And yep, agreed. I would prefer it if IO made us pay for new maps as I’m sure all of us here enjoy supporting what they do.

I agree, if Ambrose really was the last sandbox map of the trilogy, I think it would have been marketed with more of a fanfare. Not: ‘Oh, btw, here’s a free map with pirates, guys’, but more: ‘the final thrilling conclusion of the World of Assassination trilogy lets you do some rad epic shit and kill some real nasty mofos! This is the last one we’re doing, so It’s a goodie!’

And then we go over the old mapS wording of the Year 2 announcement. Does the safehouse count as one of these mapS? Will we ever know the answer to this annoying mystery???

I think the safehouse is being counted as a new map, yes. Whether they’ll give us a mission wherein Byron Washington III and his hired guns storm 47’s home to avenge his daughters is yet to be confirmed.

Lucas blew his brains out. So… he’s alive but a vegetable? 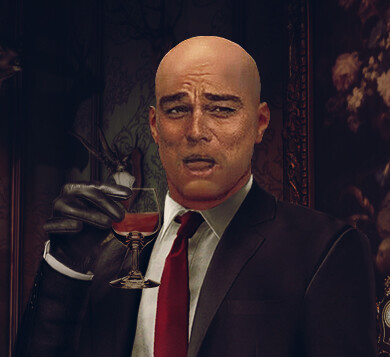 I think the content we are getting now is a welcome bonus but it doesn’t need to top what came before and doesn’t need to continue the story or to provide closure. We already had a culmination and a proper send-off for the trilogy with Mendoza and Untouchable and the cutscenes.

If there were more levels coming, I’d be fine with them being inserted into the existing story like Ambrose or even completely detached from the story.

I’m not saying anything has to top what came before. My point is the epilogue that (still) is Untouchable is no longer the full-stop - not in terms of narrative or chronology of events, but where IO leaves us in terms of releasing new maps. Ya dig?

I feel one more map that’s not Freelancers Safehouse is on the way and that’s it. In terms of narrative I really think IO has room for one more story and I’m in the boat where it takes place after Untouchable. But it’s largely due to wanting closure for characters like Lucas Grey. Not much is explained of what happened to his body after Dartmoor, but I say this in the sense that I feel the Cicada Agents would procure the body and 47 wouldn’t get the chance for a burial.

I know the subject six suit exists, but it’s very much is in the realm of possibility that Lucas Grey had doubles of his clothing on the boat where they were chilling at with the Constant.

I’m hoping that the Ether DNA pamphlet is a hint towards one last story for this trilogy and a full circle moment for the series with stuff involving cloning and dealing with Lucas Grey clones since it would be a fun homage to Meet Your Brother from Codename 47 plus it would be a fitting send off for Lucas Grey that isn’t him blowing his brains out.

We all want more of them snow missions!!

Siberia was the perfect setting, but unfortunately we only got it as a Sniper Map. If we got that as a Sandbox mission it would have been perfect!

The Ether pamphlet is definitely a strange addition to Ambrose. Why would they be scattered around so much and even have one of the targets carry one? IO want us to know something!

I personally think we have two more maps. The Ether facility, which is guesswork at this stage of course. But as mentioned by two guests in Mendoza, Byron Washington III is assembling a special task force to hunt 47 down. I think this will also be included in the future, hopefully as a new map. It’s too big a loose end, and is mentioned too late in the main story for it just to be “one of those things.”

I might misunderstand but how is Untouchable no longer the full-stop? I guess the placement of Ambrose in the destinations tab makes it weird, but I assume there are technical reasons they can’t put it in the Hitman 2 campaign or destinations tabs.

Mainly, not everyone owns Hitman 2. That’s why it would make more sense, if anything, to put it in front of Dubai.

From the potential tease of a new level.

Uhhh where? What did I miss?

I’m curious, if ioi did do that Ether facility, how would people who want a “snow mission” be satisfied!? The level would be an underground facility.

Are you saying a mini area with some snow outside the actual playable level would be enough for you guys!?

I wish. Bronson would make a very easy Providence target for a retroactive DLC because all we know is that he died before the events of Mendoza (“probably” at the hands of 47/Diana/Grey, an NPC says). But given that 47 learned that Diana has become a Herald from Olivia’s footage at Buenos Aires airport during the Old Habits cutscene, I don’t believe he could have ever planned, nor had the time for, a mission to kill Bronson in order to elevate Diana—especially since both of them were out of contact during this period. But eliminating Bronson in some other narrative? Hell yeah.

I think what they want is just an area with snow that is more than just that little mountain trail outside GAMA and the little rock garden in its center. Someplace a little bigger with snow to justify all the snow items. It would probably be something like a small town or outpost on the surface, with an Ether lab underneath, and at least one target would be on the surface in the town, so they could be buried in an avalanche or something. Think Whittleton Creek with snow, and the Sapienza or Chongqing hidden facilities underneath.