Also very briefly before the briefing cuts away, you can see a picture with The Broker as well.

You meant to say Oscar Lafayette?

You realize briefcases are shown on the map… right? There’s even an icon guide for it.

Silly you, Hichkas.
Using the tools provided by the game would be prescience. Agent 47 wouldn’t know about the briefcase, so looking at the map would be contrary to the perfect parameters.

And if you break them, then all will fall. What would be next ?
Ungloved disguises ? A fly in the lab ? * shudders * A slight run during the Chongqing ICA alarm ?

Yeah, I know that, but I didn’t until several months after H3 was already out. Never paid attention to it and was never focused on trying to locate a briefcase. And anytime I’m playing the ones where I’m not sure, I forget to check.

47 no longer had the tattoos on his arms when he disguises himself as P-Power. I guess IOI thought not enough people would realize there are such things as tattoo sleeves and would think 47 was somehow instantly drawing the tattoos on himself and that that was just too unrealistic to suspend disbelief.

Got his ass. Drag him

It’s even weirder that tattoos that P-Power had just disappear, instead of staying at his arms. I think it’s an oversight on side of IO, many small things were broken after H2 was transformed into H3.

He didn’t have actual tattoos, they were sleeves with fakes, that’s why they’d disappear. Of course, this only works if they then reappear on 47’s arms. 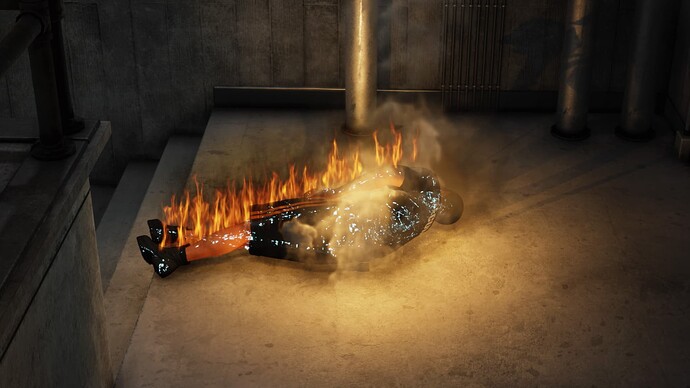 You can electrocute and burn NPCs at the same time, both animations are displayed.

I just found out that if you kill Sierra on the tarmac and quickly dress up as Moses Lee, you can follow his route to the podium. You will be photographed and questioned, spoken to by Maxwell Rutter and even be given a prompt to celebrate “your” victory when accepting the trophy. Pretty amazing.

Isn’t that even a challenge?

It is, stealing the thunder iirc

Oh really? I must be blind.

Don’t know where this guy comes from. But you can attract him with this distraction from very far away (ok, first you’ll have to ko a bunch of other guys): 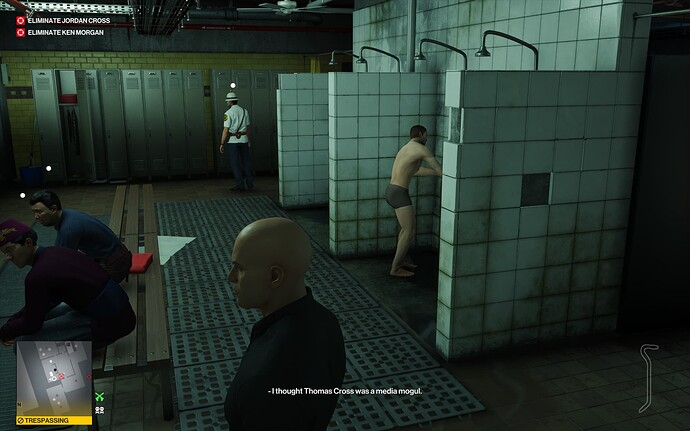 And on another note for Bangkok: Didn’t know you can blend in at this spot in the security area in your suit (don’t know if it really works or if the security spots you – knocked them all out already) 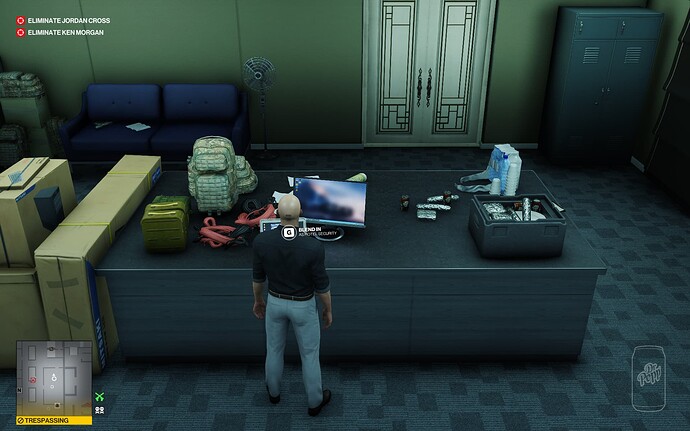 Seems like this amp attracts every one from the recording crew on the map. This means that the guy taking a shower is part of the recording crew.
Will investigate further if this distraction is as powerful as “the legendary one” in Mumbai.

This means that the guy taking a shower is part of the recording crew.

You don’t have to kill Sierra. You can just let the race finish without intervening and Moses will win, or you can waive the disqualification flag at Sierra and Moses will win. There is one more way I think too. Maybe you can stop the race early with a computer somewhere? I can’t remember, but as long as Moses wins then his route to the podium is the same and you can grab his clothes while he’s in the tunnel.

After a while this distraction even wakes up Julian. Yep, it’s powerful… 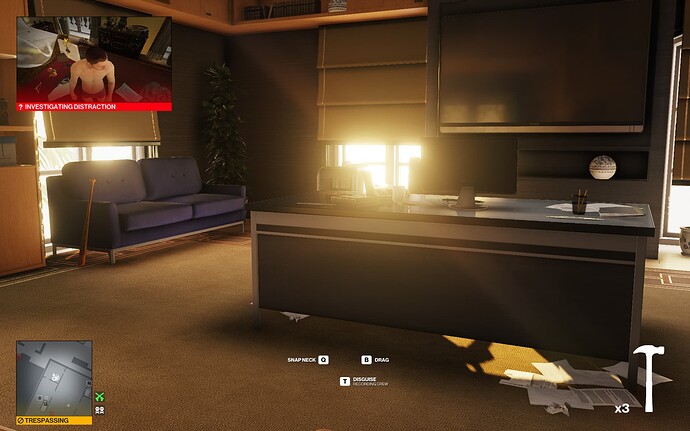 Edit: It’s no match to the “Great Mumbai Distraction”. But at least it attracts every last recording crew member on the map. Every one.