What things would you add to Hitman 3?

no I don’t even use it

Yeah but a bullet going through the head accompanied by a sound of a gunshot will never look like an accident.

The Silent part in Silent Assassin is not about not making noises over a certain amount of decibels per se, it’s about your kills being discreet and unnoticed. Either by doing them away from the public’s eyes or covering them up as an accidents. Of course, all the murders will be uncovered eventually, but only after 47 leaves the scene.

Right, well the challenge for a silent assassin made by sniping in a new game ideally would be the sniping would be a lot more challenging than it is in its current state, with accurate shots requiring a lot more skill having to account for factors like wind, distance, bullet drop off, sound and muzzle flash, having less time to aim, etc…

Not to mention my concept of sniper rifles being harder to conceal in its current state (can’t just shove a sniper rifle in a briefcase, either you have to take time to assemble it on the spot or have a longer/harder to carry/suspicious type of carrying case).

I mean silent assassin has only gotten more stringent in recent games (mainly blood money, absolution, and WOA), all the games up to contracts allowed people to find bodies and still retain silent assassin.

I mean one could classify “silent assassin” as being invisible / unseen, blending into the crowd and going unseen and unnoticed. It doesn’t necessarily have to mean physically silent as in no noise was ever made.

Right, but even with that, it works. Just as a poisoning works in full view of witnesses, blowing someone up with a bomb or sniping them should also still allow SA on the grounds that 47 is far away when it happens and nobody o one’s who did it. People can see what happened, but not who is responsible, so the assassination is still discrete and secret because everybody is just

In order to earn the Silent Assassin rank, there are a lot of different ways that a target can be killed. They don’t have to be accidents. If I shoot the target in the face and no one finds the body, it’s still considered a “silent assassin” job. If 47 snipes someone and the body is never found, silent assassin should/would still apply.

Accidents are just preferable most of the time because they negate the need for the body to remain hidden (barring the No Bodies Found complication).

Edit: obviously that wouldn’t apply to Heisenberg’s rules of perfection, as that requires more specific types of kills and circumstances.

Depends on whether you’re going for accidents or direct murders, as each allows some things that the other does not.

Which is exactly my point

on the grounds that 47 is far away when it happens

You’re gonna need to explain this part again because so far I understand that players would need to measure the distance between them and the target with a ruler until it’s big enough to be SA?.. what.

Then neither should poison, based on whatever grounds you think these shouldn’t.

You’re gonna need to explain this part again because so far I understand that players would need to measure the distance between them and the target with a ruler until it’s big enough to be SA?.. what.

C’mon man, it took me less than 20 seconds to figure out how to make that work.

Yes it should. Just like it was in SA and Contracts.

Ok, I’m bookmarking this to respond in detail when I get home tonight, because I can’t address all that from my phone at work, but yeah, we gotta talk on this one, but, in defense of @MrOchoa, you can also use a bomb and sniper rifle in no less than two maps of Blood Money where they are within full sight/hearing range of NPCs, and still get SA, and those would be Curtains Down and A House of Cards. Quite frankly, those two are what I have in mind when making these points, but we’ll get to that this evening.

Fake surrender is so useless in WOA. Does anyone even use it?

It was so practical in Absolution.

True. In exchange for staying at a dangerous location, allowing guards to surround you and having limited mobility after that, you get one less guard to take care of, you get his weapon, you get the hostage that buys you some time until all the others attack and that gets you a little protection for your health. While in WOA, you still have to engage in the QTE sequence while everyone else attacks you anyway, putting you in an extremely vulnerable position. Simply running away has no disadvantages at this point. 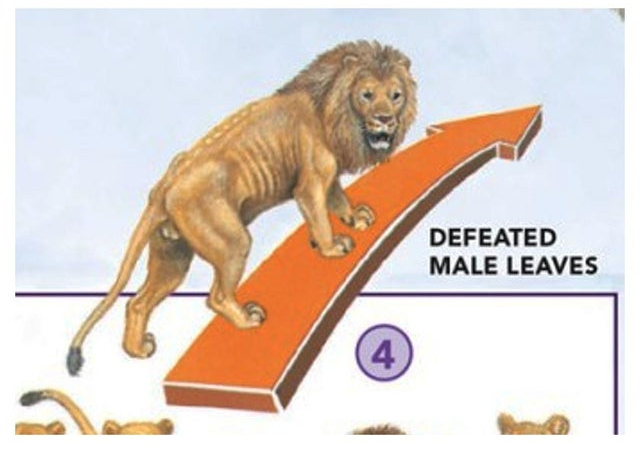 You are technically right, but you know what I meant

Actually, never mind. I think I’ve been part of enough controversial conversations in the forum today and there’s no reason to revisit this topic twelve hours later just to stir up another debate. Agree to disagree and we’ll discuss it if it ever comes up again.

They’re still silent if they were set up silently and no one knows it’s you. It’s silent in that no one even speaks a word about the prospect of an assassination having taken place.

Right, but even with that, it works. Just as a poisoning works in full view of witnesses, blowing someone up with a bomb or sniping them should also still allow SA on the grounds that 47 is far away when it happens and nobody o one’s who did it.

With poison they don’t know that it was even poison. It’s made to look like natural causes. With an explosion, it’s only silent assassin if no one discovers the body clearly having been blown up by an explosive (NPCs can tell the difference between that and a gas leak for… reasons).

Making random exceptions on sniping makes no sense. What’s the difference between using a sniper on them from a long distance and using a high powered assault rifle? A sniper is just a high-powered, long-range rifle with a scope, not even technically a classification of gun, more a definition of how it’s used… creating such a definition in a game would obviously be very difficult though, as can be seen in the game by the fact you can get Sniper Assassin by “sniping” from 4 feet away. The game could set an arbitrary distance minimum, but that would be very arbitrary and it would be impossible to communicate to the player what distance they need to be and enforce that it’s your debatable definition of “real” sniping.

Use your imagination and think it over. I’ve already come up with the answer, and wish to avoid further discussion that will devolve into arguments that Urben will have to delete. Think on it more and the answer will come to you.

I just believe you’re thinking about a game design problem a bit naively. It’s a lot more complicated than you seem to be suggesting. Not all the players have brains as big as you, and a game needs to communicate its design clearly to them, in a way that’s not confusing, frustrating or incompatible with other systems.

Since it had already been done in Blood Money, problem solved.