Very interested to try the controller tech demo included in the console.

Played it, it is very cute and they loaded it with a punch of references to the older Playstations. Good way to kill a few hours.

And the music is great too.

The lyrics aren’t quite there yet, but the beat to the GPU song is stuck in my head today. Didn’t knew there are lyrics too

When you get past the PS2 level and they play the old PS2 start-up music or how the PS3 level ends with the skybox being the default PS3 theme (even the default colour too). A lot of care went into a simple tech demo.

Didn’t knew there are lyrics too

They’re pretty faint, but they’re there. You can also see a giant GPU on a mountain in the background of the level, and it mouths along with the lyrics the entire time! It’s pretty cute 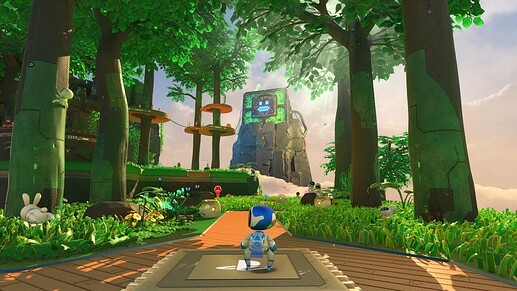 Getting ready to host our first Christmas. So we are doing some cheap border shopping in Germany. 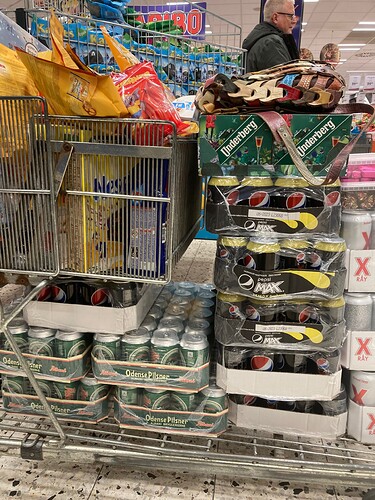 Well, there goes a month of my salary, but I am ready for NFS: Unbound!

Also, unlike PS4, H3 no longer lags whenever 47 roams Mendoza’s garden foliage, which is nice. 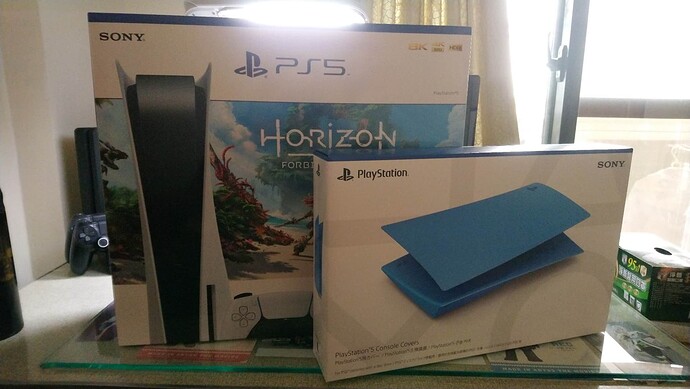 Nice to see so many join the PS5 club lately. @YellowZR1 what do you think of the console cover? I must admit I am tempted to get one, in the same colour as yours actually, but not sure I can really justify it, especially when I’d probably have to put the default white one in a cupboard or something.

I am glad you asked and happy to join the club, yo!

Well, I mentioned that I spent a month of my pay, so the blue cover was actually part of the bundle offered by the local game store I visited. There was only blue

ones left (with the blue one being literally the last one left in the store, so it wasn’t a tough choice for me). Besides that, what was also included was a copy of any PS4 game that I could get from the shelf, hence I did pay a bit more than MSRP.

What’s funny though is it’s actually been a month since I bought it, but I haven’t bothered to use the cover yet. I think I prefer the original white body of PS5. So the cover and its box remain on my shelf with other of my collection displays. 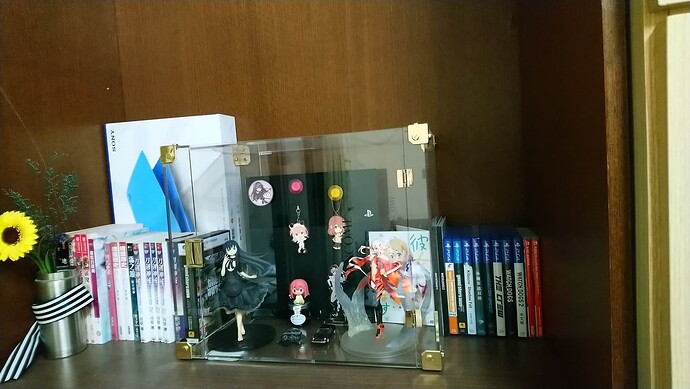 So these are a Chanukah gift for my bosses husband. He’s got about a thousand shirts and some shorts and a necktie and even a pair of socks. Now he’s got the drawers too.

Finally got them for my XB1. 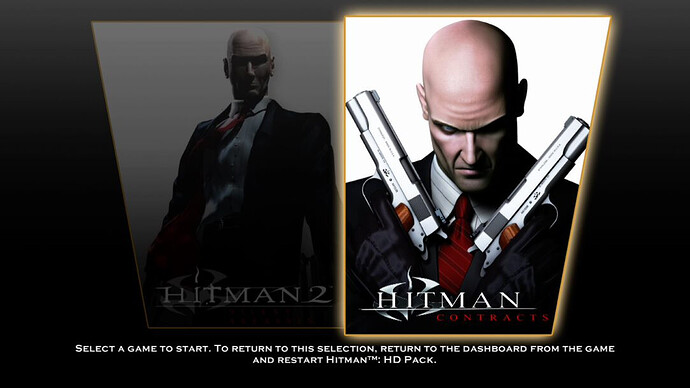 Spent the exact amount of cash I wanted to taking advantage of some early Black Friday deals, plus some math to calculate what I want to get and what I can pull together in my budget.

Traded in Mario 3D/Bowser’s Fury for an impressive 50$ amount thanks to a random weekend Gamestop deal. (Literally the only thing I use their trade-in deals for). That, plus a few smaller bonuses to GT Sport and Splatoon 2 traded in, I managed to completely cover the cost of buying Splatoon 3!

I also picked up a small Playstation gift card that mostly covered the purchase of the Blood Money/Absolution bundle, plus NFS Hot Pursuit remastered! Very happy about that, finally.

Bought a tv, preused one, just for connecting my tv boxes to it and watch ukrainian television, football mostly, over Internet.
Toshiba 32LL3C63DB 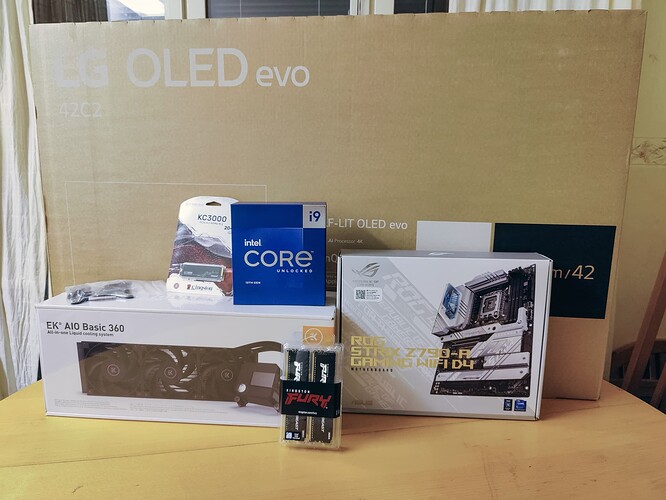 I was thinking of buying it, but I couldn’t find a single shop around where it was connected to a gaming console. I asked the staff if it was possible but they no, like I spend so much without seeing it in action. Stupid employees, stupid managers.

Sorry for the rant, I hope your build goes smooth. 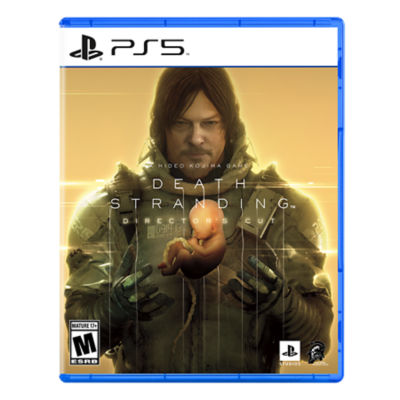 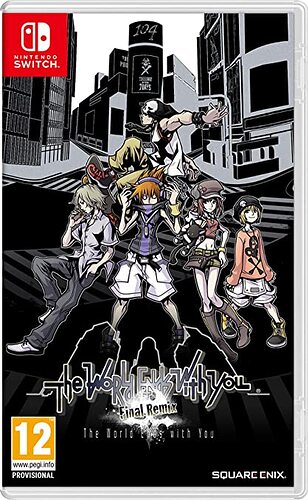 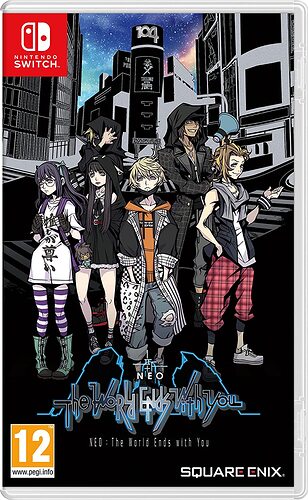 Very jealous of the TWEWY: Final Remix. I’ve been looking to find a physical copy, or some sort of digital sale, but it’s just won’t happen!! The sequel goes on sale very often for all platforms, for great prices, but that first one just refuses to drop!

Though I am hyped that there’s a Death Stranding Director’s Cut upgrade path. 15$ gets you converted into DC version plus the Digital Deluxe goodies too. (just some silver+gold styled equipment, but it’s still nice). Haven’t gotten in the mood yet to jump into it, but hopefully soon I’ll pull the trigger and revisit it. 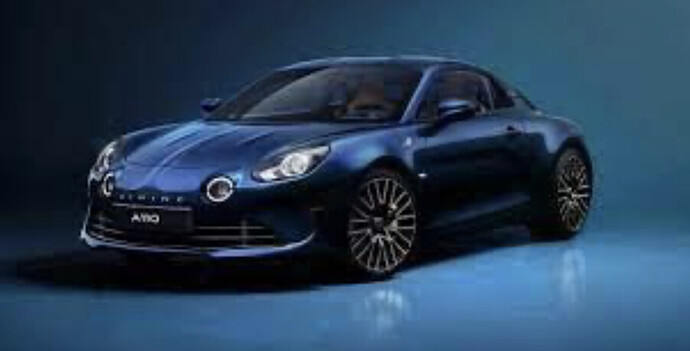 A jewel with 300 horsepower.

It arrives on my doorstep in June! <3

Sporty two-seater, took a lot of convincing from my side to get my girlfriend on board with the idea (and the car itself :-D)