Every vehicle that can be taken from the maps in WoA

During the 28 hours playing of Freelancer CTT. The pitifully small collection of 47’s garage was one of few things that keep bothering me throughout the play. Even the leaked 100 mastery shows the collection was far from completeness. So either for reminding IO to add them, or simply relieving my eagerness to play Freelancer, I’m going to list every one of possible vehicles that 47 could take home. 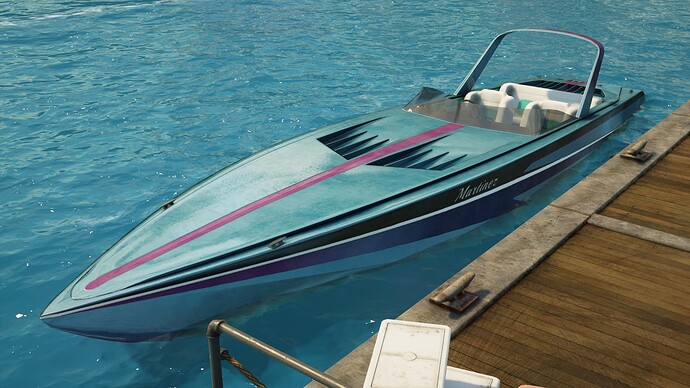 I believe they refer to this kind of boat as a ‘Cigarette Boat’. Why? I have no clue.

Oh! And you might’ve forgot the…

Wow! You really put in a lot of effort, going through the maps and taking the photos of all the different vehicles.

Found this article. Seems the name wasn’t really connected to its shape

What Is the Origin of the Name Cigarette?

Vannie Higgins was a Brooklyn gangster and the original owner of a speedboat named Cigarette. This boat was a rum-runner during the Prohibition era in U.S. history. The boat was called Cigarette because of its narrow beam and elongated hull, which, at that time, were unusual for regular boats to have.

It was used to smuggle huge quantities of alcohol from Canada to the U.S. The Cigarette of Higgins was a large boat that was able to attain approximately 50 mph with about 600 cases of rum on board. Some believe this is where Don Aronow, the original cigarette boat manufacturer, got the name for his boat, and eventually, his boat building company.

Aronow grew up in the Sheepshead Bay section in Brooklyn, New York. During those times, both state and city taxes were heavy on cigarettes. Speedboats were used by smugglers to speed over boxes of cigarettes and other goods from New Jersey to places such as Bath Beach and the nearby neighborhood in Aronow’s Sheepshead Bay area. Even after the Second World War, these illegal activities persisted.

When Aronow began to race offshore boats in 1963, he named his first boat, Cigarette. Formula, his first boat company, built it. He built his second boat, Magnum, which is 28 feet long. He used it to race and win the title of World Champion in 1969.

Next, Aronow built his third boat and named it The Cigarette. He used it to win his second World Champion title in 1969. The boat was 32 feet long.

So to recap, why is it called a cigarette boat? Aronow built his first boat with this hull design and christened it The Cigarette. He entered his boat in the United States Championship race and won first place.

Oh! And you might’ve forgot the…

Where the hell is that second bicycle in Apex Predator, and how do you use it to leave the map? I’ve never seen any indication of a second bicycle exit.

That would be the E.T. easter egg exit in Berlin. The bicycle was always present, but the exit was only activated with the release of the Easter Egg Hunt Escalation,

I’ve been hoping for a while for the bike to be a secret exit. This info is correct and this easter egg has been solved! [Hitman 3 - Berlin E.T. Exit (Easter Egg)] I’ve only seen the Sanguine chopper in playthroughs. I’m assuming we can probably unlock/collect other helicopters as well, like the cars in the garage? The Sanguine one just looks too conspicuous and bulky to be flying around all the time.

Yeah, the version from Sgail would be better. It´s the same model, but the green paint job makes it much less conspicuous (and blends well in the forest too!).

If you had Ansel you can see all the choppers hiding underground. There’re certainly several more can be unlocked in the future.

The Sanguine one just looks too conspicuous and bulky to be flying around all the time.

Yeah. The bigger helicopters in this game are as big as motorhomes.

I didn’t play the Freelancer beta, were the motorcycle from Dartmoor and the car from Mendoza not available to use on the garage? Those two are easily the coolest of 47’s vehicles, hope they don’t forget them on the final version. Great effort on your list by the way! I never really realized that the Mendoza car was the same one from the Consulate…

Just to update the list is missing the big trucks from the Mumbai map.

And umbrella exit? I guess you can conjure an umbrella s as Vehicle when used like Mary Poppins. lol

And bird fly away exit? Well more a costume than Vehicle.

That’s what I meant by "

I doubt it would be available. If by some miracle it is - then it’d be where the helicopter is.

were the motorcycle from Dartmoor and the car from Mendoza not available to use on the garage?

Yes, these are included in the 25 mastery.

big trucks from the Mumbai

The closest thing I could guess were the tuk-tuks around the city. But they are far from big. Am I missing something?

The alien ship does not exist, your brain made it up. There’s only a beam of light all this time. Found 2 more helicopters from Sniper Assassin. Since there aren’t many helicopters in the game, I’d like to see these two added in 47’s collection.

Orange Helicopter The Last Yardbird & The Pen and The Sword 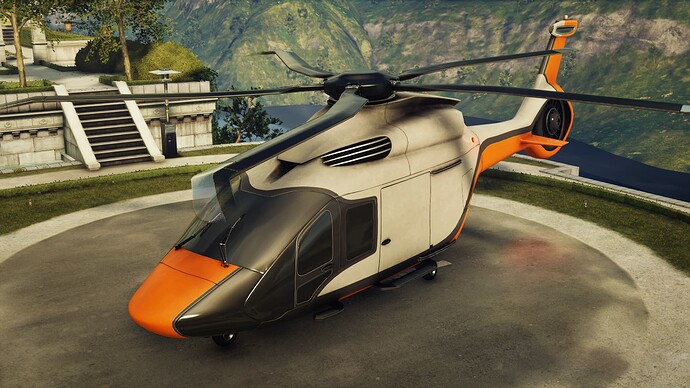 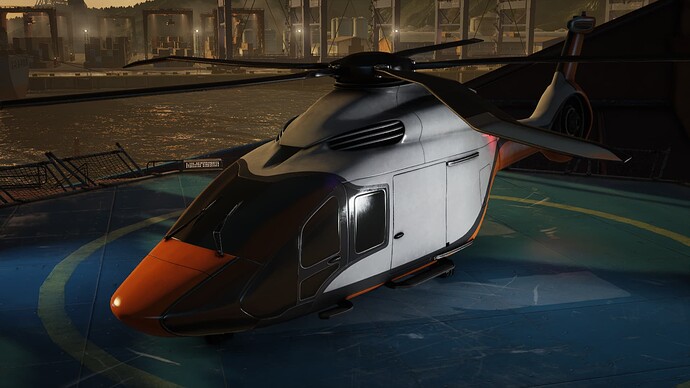 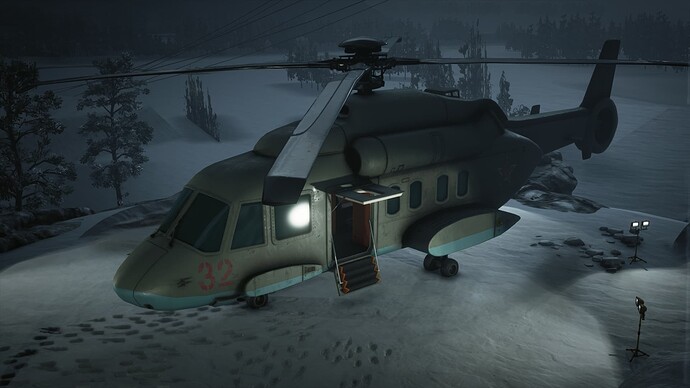 Hopefully 47 remembered to remove the tracking device from Rico Delgado’s car otherwise a vengeful Hector and his army of sicarios might show up at the Safe House. 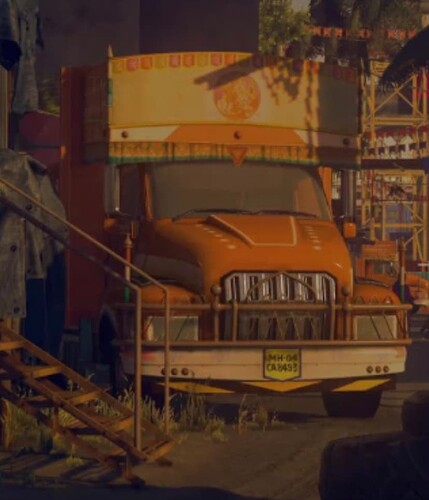 This one. It’s between the boat starting point and the construction site. I think they reuse a similar truck in Santa Fortuna too.

It would be really cool to see some of these in the final version of Freelancer. After all, they are all the vehicles 47 has taken from all the areas