HITMAN 2 Stadia Problems to be fixed in HITMAN 3

This is to port over bug reports of Stadia problems to new forums. While I do not necessarily expect a fix to these problems in HITMAN 2 with a new game coming in a month, I expect a fix in HITMAN 3 Stadia port. The following bugs are platform specific to Stadia.

Bug 2: Infinite electrocutions. This bug can also happen other platforms but it is much more likely to happen on Stadia for some reason. The particular puddle shown in the following clip does not electrocute infinitely on PC, only on Stadia. The car battery should deactivate after killing someone, but instead it stays active infinitely afterwards, killing me as well when I walk into puddle several seconds later.

Also, finishing/leaving [some?] missions [sometimes] disconnects the game and makes several completion challenges impossible. From my personal experience, Isle of Sgail cannot be completed in normal or master mode, the Paris christmas mission worked once and disconnected once, just yesterday the Marrakesh mission disconnected on Easy mode when I left via car.
When trying to reconnect: no change. When loading a save I can retry infinitely, but when the mission is completed I can retry only once and then the game tells me that “this menu cannot be loaded”.

Oh, and also the Requiem Pack does not work or unlock on Stadia!

On my end I have been able to complete Isle of Sgail on Pro/ Master and Holiday Hoarders just fine. You can also see a good amount of players have completed these missions also by going to the in-game leaderboards, so idk what to tell you. There is indeed a rare glitch where you cannot exit the missions after hitting the prompt, but I do not know the reason behind it and I have been unable to reproduce it.

Oh, and also the Requiem Pack does not work or unlock on Stadia!

Yes, I also noticed this. This seems to be by design, if you look at the “GOTY edition” package on Stadia: Stadia Hitman 2 GOTY Legacy Pack - Album on Imgur

To clarify here, the “GOTY Edition” on Stadia is NOT the Hitman 2016 edition of the game, it is the Hitman 2 GOTY Legacy pack under a different name (which is a whole 'nother problem to discuss, being very confusing to new customers). Not only that, but the “GOTY Edition” on Stadia costs a whopping $60, while the equivalent GOTY Legacy Pack cost $20 on Steam. The least one could expect after paying triple the price on Stadia is for it to contain all the content the GOTY Legacy Pack on Steam did, including Reqiem Pack. Not a huge concern as it’s purely cosmetic, but still irritating.

Hm, the thing with the Requiem Pack makes sense. Unfortunately. Still would be great if this could be added in, if at least as seperate DLC.

To the mission-completion-offline-bug - Holiday Hoarders had it once and once not, but Isle of Sgail has it every time for me at least. Even right now, this was recorded minutes ago: https://stadia.google.com/capture/e8dd94c8-020f-4ecf-aa6b-3d8939649f9a

Stadia HITMAN 2 Hidden Stashes still broken (gives Loading Error, and then kicks you back to Menu in Offline Mode) at my end, for info.

Please can IOI look into this to make sure it isn’t an issue that spoils the release of HITMAN 3 once it hits Stadia in a couple of weeks? Tagging in @Travis_IOI for info.

Pantry still fails to load for me, personally. Out of curiosity, did you unlock anything / do anything between the time it was failing and now?

Errors continuing for me. Really hope that the team get this fixed before 20th January, it really isn’t a great look for what should be a great experience. 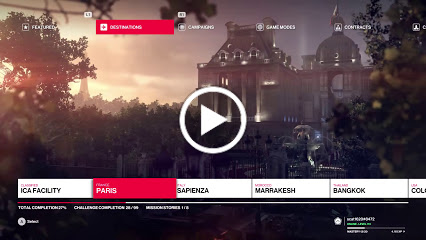 Update (hopefully not another false alarm):

I have confirmation this time from @MrMike and Fuzk (2 fellow Stadia players) that hidden stash seems to be working.

Second update: As of now at 6:48 PST, hidden stashes are broken on Stadia again (confirmed by @MrMike this time as well).

The hidden stashes on Stadia seem to work and then stop working at random times and I’m unsure of what the pattern is here. It doesn’t seem to be a problem on my end, as other players have confirmed hidden stashes working or not at the same times I do.

Hope IOI can look into this bug more and make sure it is 100% working all the time for Hitman 3.

I just tried it out on multiple family accounts: one is now working, two others are not.
The one that is working hasn’t worked since last week when it was initially brought up as an issue.

Seems it might be something account specific and/or they’re in the process of resetting things and it just fixes accounts one at a time. Like a database rebuild or something.

At least it seems there’s some progress into getting it fixed.

update: The account is was working on last night is no longer working again.

Somethign new today: I gave Isle of Sgail a new try on normal (professional) mode. As usual, the game lost conenction the very moment it finished it - but this time, the challenges list appeared and I got my challenges! 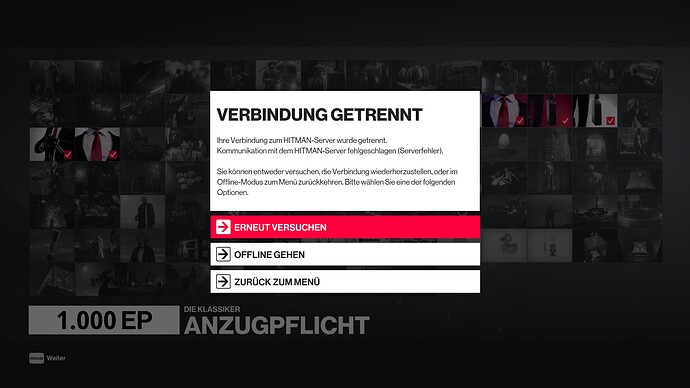 So, happily I tried it again on master mode – same old problem, instantly offline, no accomplishments registered, no chance of completing the game with all challenges. But at least I can get the pro challenges now…

Technically, there’s no H1 on Stadia.

For me personally, Isle of Sgail on Master Mode is the only true problem. Sometimes lost connections, but reconnecting always works. Just IoS cannot be reconnected on Master.

Technically, only HITMAN 2 launcher was ported to Stadia. Hitman 1 levels are only playable within HITMAN 2 on Stadia (Legacy pack).

Stuff like hidden stashes also happen on Season 1 levels like Paris in HITMAN 2 stadia port, the problems are by no means unique to Season 2 levels.

Hope that answers your question…

Still, those problems should be fixed. Hopefully, fixes are already built in the H3-Engine-Update and in a week everything will be fine

Okay, I don’t know why I’m doing this to myself, but I tried again for the 234234th time and — it worked! Isle of Sgail, Master Silent Assassin, finally 12/12 classics done.

So, still not fixed completely, Isle of Sgail still has connection problems, but at least I got my SASO unlocks which is what I wanted. hm

Just wanted to give an update to all the 5 Stadia players here that most (if not all) problems mentioned in this thread seem fixed in HITMAN 3!

Puddle electrocutions now seem to be working as intended, hidden stashes are working, and they seem to have resolved the “Best Case” challenge problem by making MK II briefcase a mastery unlock (I have it unlocked though I never completed the challenge pack).

Yes, me too. Saw a few things I did not unlock suddenly in my inventory.

Not really an issue, and not sure if it’s intended or not, but…

I’m able to play user created Hitman 3 level contracts even though I don’t own 3 on Stadia.
I can’t play Featured Contracts for those levels or even search contracts by those specific levels, but if I go through “Trending” or know the ID number I can play contracts on those levels.

This is more or less being on the series for a while.

I didn’t upgrade my H2016 into GotY edition, but I can play nighttime Bangkok contracts after they made the contract mode available on that map. The only issue for you is probably that you don’t have masteries so you can only use default starting locations.