The site doesn’t mention anything about 2016 or 2018’s releases. Their games line-up has a weirdly humongous gap of 2012-2021 between Absolution and “World of Assassination” better known as H3.

With that news tag-line, and the WOA page mentions it “Releasing January 26”, with any mention of the Current Iteration of Hitman simply being “World Of Assassination”…
I’m starting to believe more and more that there might actually be something to look forward to post-Freelancer, if they’re actually going to start pushing WOA hard as the newest, most definitive, most “what’s-2016-and-2018-Hitman? Never-heard-of-'em” version of Hitman yet. 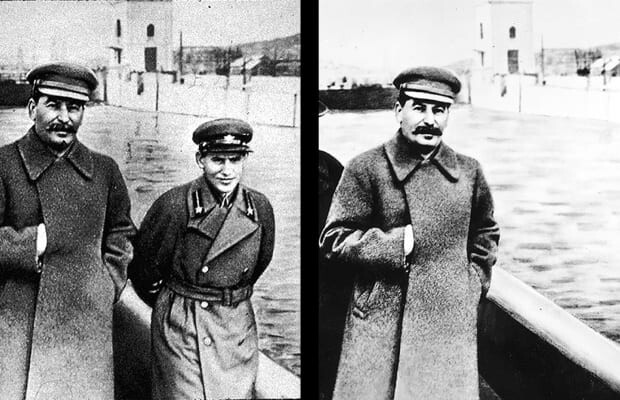 Well, the whole website is offline with a 502 bad gateway page.
Two days from a major release…

I get why : there was a lot of missing pages, including the recent articles about said release. And a lot of links where broken.
Fun fact : if you clicked on the “find us on insta / fb / twitter / etc” links at the bottom of the page it redirected you to “https://ioi.dk/twitter.com/IOInteractive” or equivalent, which obviously does not exist and not an external link.

I don’t know if they mistakenly released a beta version, but damn is the new site badly made.

I don’t know if they mistakenly released a beta version, but damn is the new site badly made.

Hopefully because they were spending all their time on Freelancer…?

Holy hell.
I just discovered that you cannot link to the news articles. If you try it brings a server error. Because they are panels, and not pages.

This is bad. Legitimately.

Edit : a direct link can be found, but not through a simple copy and paste of the url.

Because they are panels, and not pages.

Oh yikes… the design seems to be focused way more on presentation than usability.

Scrolling down some pages, where the images and text slide into view as you do so. Its weird.
I don’t think they’ll change it though given how much work (and probably money to whomever they paid) went into this

So apparently, it actually still works. But not through the ones you can find on the front page.

For all news pertaining to Hitman, we can bookmark : ioi.dk/hitman/blogs
And from there we can directly link.
As @AnthonyFuller posted, all news articles are present. 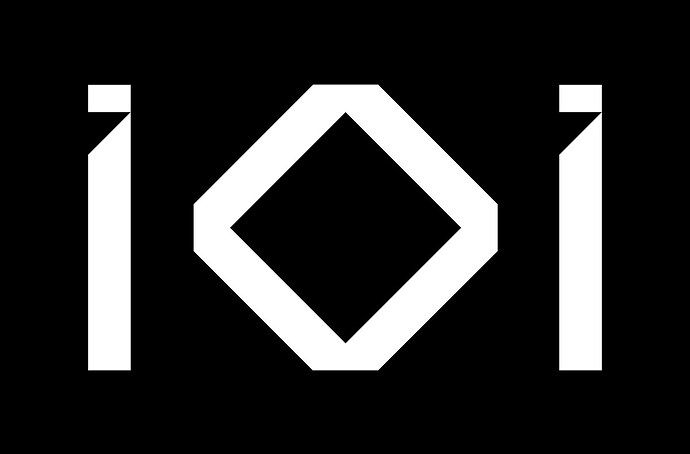 Finding the right link is a bit of a pain (panels are the go to), but possible.

Only Hitman blog posts from Year 2 Announcement onwards are available. There may also be some missing from in-between then and now, I’ve noticed a few. Hopefully they all get re-added in due course.

I might try to collect all articles from Web Archive and make a thread so we don’t need IO to add them and can even search them using the HMF search. Won’t happen before the weekend though, and likely not be finished there as well.

My first time getting a look at the new site, and wow, this… sucks.

Yeah… seems like they’re trying too hard to make it “modern.” I thought the old one was perfectly fine with a neat style and layout. I’m sure I’ll get used to it but damn.

Personally, I do really like the site, but there are some gripes I have with it. There are definitely some improvements though.

I think they’re trying hard to recruit new talent and that this website basically is not really meant for us. Only partly. So it has a broader focus beyond WOA, more focus on their worklife etc.

It also doesn’t help that it crashes like crazy on mobile when opening the website normally as opposed to going straight to the article, but I’m sure they’ll iron that out.

Getting a bit off topic here but very odd layout. Why is it like this: 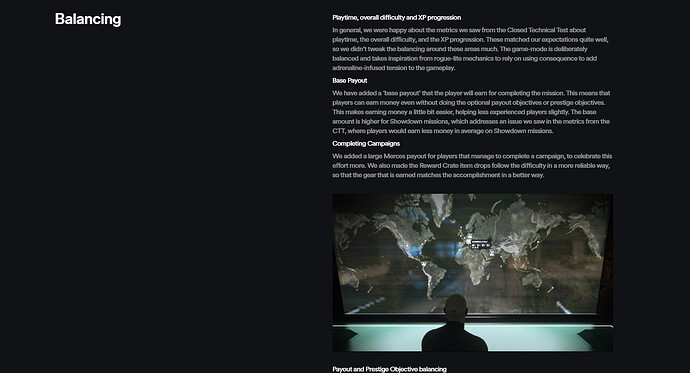 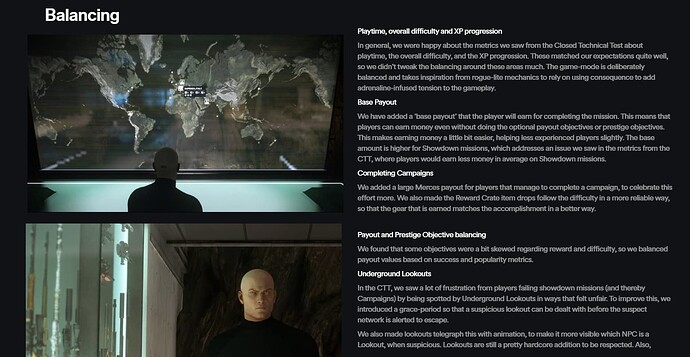 What are your thoughts on IO’s new website design? It’s definitely sleeker, but I don’t like how harder it is to find the Hitman update posts and the older Hitman 3, 2016, and 2 update posts seem to be gone. Even the recent CTT changes post seems missing. There’s also some things I found interesting on the new Hitman World of Assassination game page:

I understand showing off some of the more well-known maps like Dartmoor, Sapienza, and Paris, but I think their choice of Santa Fortuna is kinda weird cause I always thought it was typically on the lower end of people’s map rankings. I think it’s funny the picture they used for showing off Sniper Assassin is from Hawke’s Bay, and the picture showing off the ET Arcade is 47 in Miami when there’s never been a Miami ET in the Arcade. The other game mode descriptions seem to indicate they’ll continue with normal Elusive Targets and Featured Contracts in the future.

I’m not saying that it’s the latest of multiple things I chose to see as indicators of 2023 being Project 007 year, at least on communication.

Glacier has its own page, and presentation. I wonder if they are trying to licence it out.

The site is also asking for cookies now. That’s going to get old fast.

Is that new site developed for Mobile phones? It’s somewhat “jarring” on a PC…

I’m not a fan. The sliding effects that happen when you click a link or scroll down a longer page get annoying very quickly. I liked the old and more static website a lot better.