A thread dedicated for the seventh and last escalation of the Seven Deadly Sins, Wrath.
We already know some mind-blowing stuff about it, you can check the leaks section for that. You can join via here. 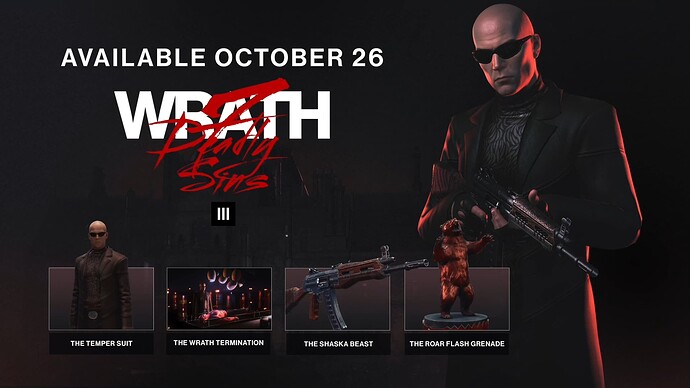 Some info provided on the IOI Insider livestream:

It just makes me so… ANGRY!

Time to post my ET poll way ahead of schedule. What will Wrath’s ET be?

Suggestion for this one. If you already got the Hitman (2016) maps, make sure you play Hokkaido before the Season of Wrath comes around. The loadout is mainly locked with the exception of Start Location, Suit, and Smuggle Item. The rest can be unlocked by reaching Mastery Level 20 in this particular location. Bit of a silly bummer but I remembered that Hokkaido is typically a difficult map. So I suggest spending the spooky month of October grinding through this map. It might help you out with this one unless there is a way to do it with the Mastery Level 1 loadout which is barely even a loadout anyway. Thought I might let you know my thoughts. Season of Wrath Legacy Elusive Target - The Doctor & The Surgeon in the Hokkaido level.

I think you’re right for the exact reasons you mentioned. Although, to be fair, if they decided to use The Fugitive after all, it would still be appropriate for Wrath, since that contract exists because the target pissed off the governments of three different countries who are usually barely even on speaking terms. But yeah, the Surgeons are more likely since it’s specifically revenge-based.

I’m hoping we go out in style on this last sin DLC!!

What about an escalation with targets having some reasons to be angry with 47? For example, relatives of our targets

So far, based on previous roadmaps, we can predict the final roadmap:

EDIT: The first ET of Wrath season will be the 15th ET of H3. Therefore, the final combined ET unlock will be available next season. Unlock: 1 suit (casual undercover).

and i hope for Hokkaido snow festival back. thats the season and the month of Hokkaido free… and New zeeland Halloween Escalation

I hope that 70 FC reward is screwdriver. One of its variants has been lying in files since season 2, and it would be a shame if it stayed locked. I really don’t want another ducky/red ruby reskin, sorry fans of such weapons.

Screwdriver please! Why oh why isn’t there one? Watch there be a Ducky screwdriver for 100 featured contracts… queue the internet hate…

Is it really even necessary, though? Screwdrivers are found all over every map, practically, far more than the other tools IOI saw fit to give us. Do we really need to enter a map carrying a tool that is so readily available and easily retrievable? Not saying it wouldn’t be nice, but there’s some other goodies I’d prefer… like a return of the damn electrocution phone!

It is the exact, complete, unequivocal opposite of necessary.

The screwdriver is only needed because of its absence. We have the complete toolbox (hammer, wrench, crowbar, etc.) but no screwdriver. Hammers and wrenches are readily available too but we have those. We don’t “need” any of the unlocks really. Just give us the screwdriver already!

It’s the season of wrath.
The only acceptable unlock would be the minigun. 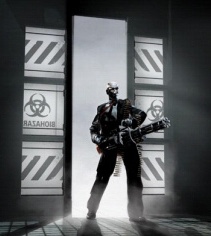 While true, sometimes those other tools are difficult to locate or are in difficult to reach places if you’re doing suit only. For example, unless I missed something, Sapienza WoT only has one wrench that’s not in an off-limits area. And you get situations like that a lot in most maps. Screwdrivers, however, are far more available. So IO provided some of the others to help make some playthroughs easier and faster, but screwdrivers kinda aren’t needed for that.

That aside, it is correct that the set is incomplete. However, as I said, it’s kind of a low priority unlock if it is one, as there are several other, more interesting or useful items that could be provided.

Unfortunately, we’ll probably get neither of these, but rather an 8th reskin of something unlocked back in 2016.

If I could pick, especially for a season like Wrath, going along with the idea of explosive anger, I’d like an explosive device that is set up like something you would expect can explode, like a hand-held gas lantern, so you can bring in your own explosive that would work for an accident kill, rather than having to put it next to a different gas source like the other bombs we have.