Today, october 26th, the last act of the 7DS released and marked the end of an eight months long period of Hitman III live service activities.
It could be useful to have a central topic to discuss the Seven Deadly Sins collection in its entire fully released self.

So if you have anything to express or discuss about the collection this is the place. 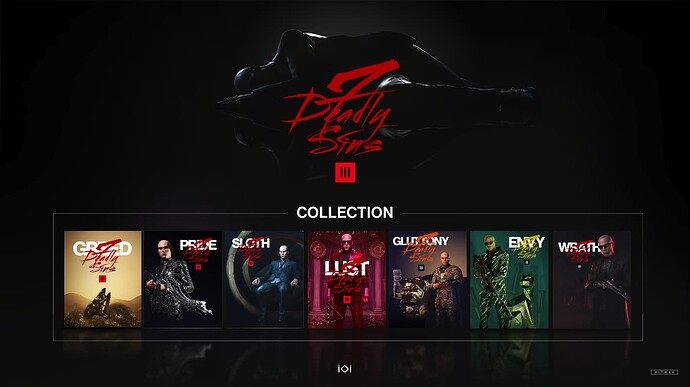 Links to all the Seven Deadly Sins Act topics :

If you wish to see the items and suit unlocks, @Talkingtree listed them all in his list of unlocks and mastery topic.
And if you wish to revisit the roadmaps, @Swangtheugly’s Roadmap Museum is here for you.

I will start by first giving you all the majesty that were all of @Clemens_IOI outfits during the 7DS roadmaps. 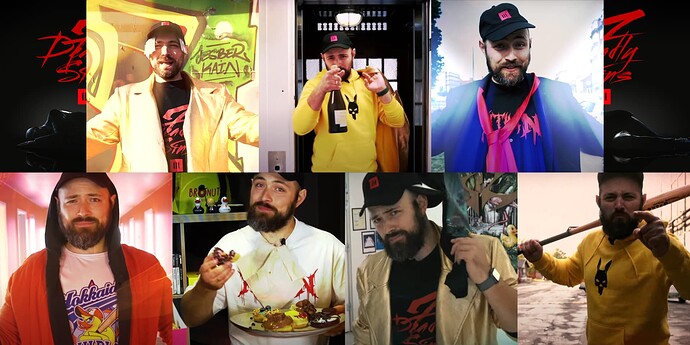 And second by making a simple poll of the 7DS escalations and giving the possibility to rate each of them on a scale of 1 to 10.

What was the best 7DS escalation ?

Funny to see my beard grow like in stop-motion

I’m expecting to be the only person to vote for Greed, but as I’ve said before, it’s my personal favorite because it represents how 47 has been for most of his series, and the gimmick actually influences greed in the player if you want to keep every possible coin. Since completing the escalation levels, especially the 3rd, is insanely difficult without feeding coins to the golden Frog, if you pull it off, it also ties into the sin of Pride, because you feel really accomplished on top of being able to keep all the beautiful coins.

I prefer the Narcissus suit because of how shiny and cool it is, with its only drawback being it’s lack of gloves.

Joanne Bayswater is my favorite of the Elusive Target’s because of her backstory and the reason for the contract. 47 has had to take down his fellow assassins before, practically once per game, but this one was different in how the ICA’s competitor agency has to go to them to ask for help to take out one of their own because she were simply too good. Loved it.

Tried to put all the 7DD suits in one pic

Yes, you can play it right now (I get access to new Wrath escalation now)! It seems that there is no patch this month.

The sins are things i did not expect to enjoy so much. I truly think the only bad sin is greed and even that had the awesome collecter tied into it.

And the sin elusive targets, man, they have reinvigorated my love for drawing hitman fanart and elusive targets as a whole. I love all 8 of those slimy bastards and i would love to see them interact in a sitcom or something.

Where’s the poll for @Clemens_IOI 's outfits and videos?

The sins are things i did not expect to enjoy so much.

It’s the exact opposite for me, i did not enjoy this at all. The only Sin I’ve enjoyed was Pride, and the last Sin Escalation I’ve actually finished was Sloth, i couldn’t bring myself to put any time and effort into the Rest.

I’m not pissed off or anything, but this was the last time I buy a DLC without actually knowing what I’ll get.

But cool to see that you and others are really enjoying the Content, i guess its just not for me.

Alright @djosus. But know that I am not taking any responsability for this poll, it’s all on you.

Vote for the best Clemens_IOI roadmap video and outfit

Alright, what are your favorite unlocks ? 3 choices.

I’m not surprised that the three unique unlocks are in the lead.

My ranking of the escalations would be:

Greed got everything wrong – the escalation is boring, the unlocks are bad and the suit is ugly (sure, the cane can be used to open the secret rooms in Dartmoor but that’s about it, mostly it has to be smuggled somewhere too instead of starting with it). The ET was good, but that wasn’t a part of the DLC.

Not a very good start, but on the contrary the last escalation was really enjoyable.

Edit: Nevermind just found out that the cane generates coins when you hit people with it, I never knew that. It’s actually pretty useful then.

How is the Jaeger green eye unique? What am I forgetting?

Also, haven’t had time to play with it yet, what’s up with the Roar Flash? Is it like Lil Flashy or somewhat different?

I still wish that Serpent bomb was a legal item. Makes no sense for it to be illegal, and makes it underpowered vs other existing items IMO. A big misstep and I hope they actually patch it.

Edit: and the Cat’s Claw should have poison in the hilt. Maybe emetic poison to fit the “green” theme. Patch it folks!

I think it is a proximity flash mine. Says Grenade but only detonates when enemies are near.

In all fairness we have so many sniper rifles that I think it’s impossible to create new combination.

Unless the green eye have some other tweak I’m not aware of (like a longer time dilatation or magazine size, like the difference between the sieger ghost and the leviathan covert)