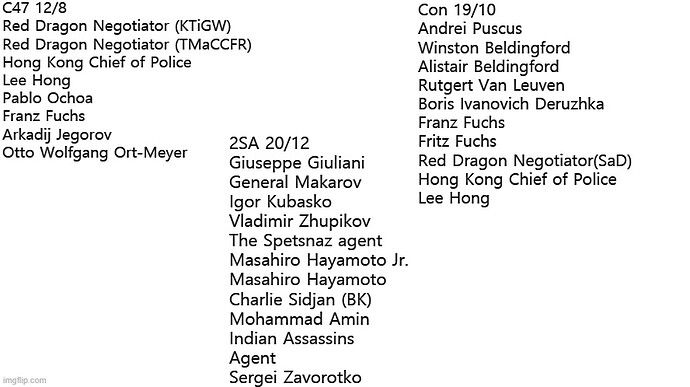 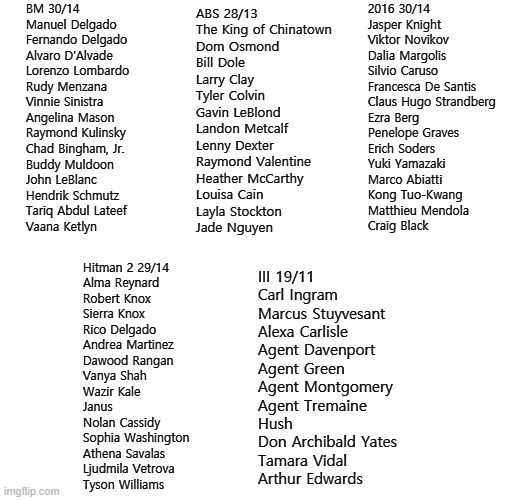 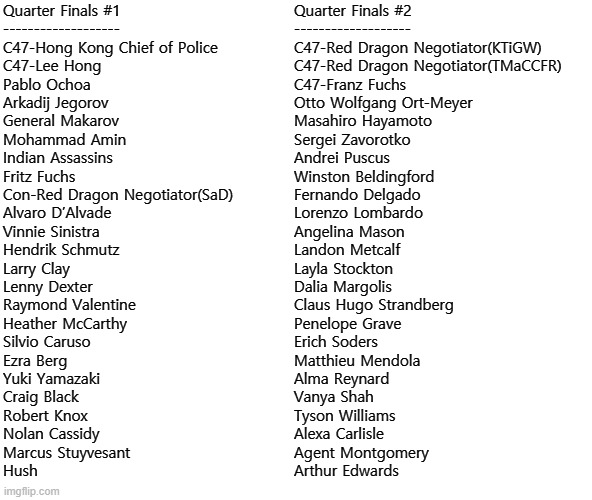 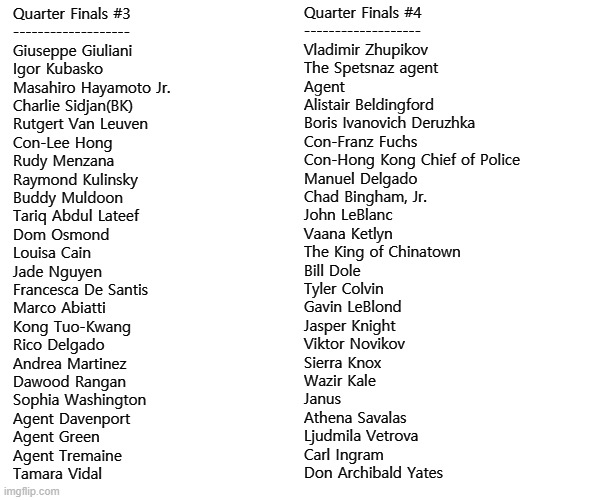 • Players get 2 point to add to the board, and 4 points to subtract

• The game will end when 14 targets are eliminated, and the 10 targets remaining will move on to the quarter-finals.

I’m so excited for the quarter finals!!! A million thanks to @Hichkas for doing the work and dealing with any and all disputes here.

I am a simple man.I see C47 Boris,I downvote him.

(I remembered 10 minutes later that he was a TDY bonus mission target, then about 10 seconds after that that he’s actually from Another Life… A series of senior/blonde moments or something, I guess… Says a lot about a lot of things…)

While I’m hoping to start playing some of the older games soon, currently I’m only familiar with WOA onward so I’ll mainly be voting for/against targets from the more recent games. That said, I am open to shady deals to down vote targets from the earlier games.

It looks like things are about to heat up…

No, why should I? I’m used to HMF Members having no taste. Not going to waste my time trying to save poor Ochoa.

If you won’t, I will then. In an era where targets don’t fight back and don’t cary guns, the ever-taunting Pablo and his little friend deserve to advance!

The Five Fathers must live, simple as that.

I appreciate the gesture Brothers, but the odds are against poor Ochoa, the filthy casuals are still having their hateboners because of Another Life, A new Life and Mumbai

What can I say? I love a good underdog story.

Besides they are all members of the Codename Cargo Cult so it makes sense. Ochoa is lucky to be in a round with so many other dud characters that are worse than him. I have read all about the times when religious fanatics had a good eye for art and I san safely say those days have long passed.