The Simple Mod Framework is the easiest, fastest, most epicest way of creating and playing mods for Hitman 3. Install mods with one click and never worry about updates or compatibility. Develop your own mods far more easily, with automatic handling for many files and a far better development experience.

Do you make mods? Great, the framework has:

Do you not care about that? Great, the framework has: See the Nexus page for more: 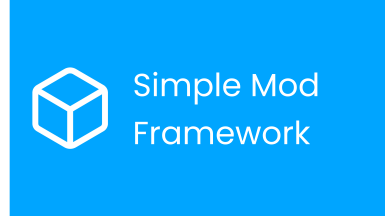 A new way of developing and playing with mods - one-click installation without worrying about updates or compatibility!

There are mods that work in online and some only work offline. How is that handled? Do I just have to put my game in offline mode and nothing else is to be done?

I have a feeling most people skimming this post won’t grasp how revolutionary this is.

If you’re a modder, going from editing your mod file to being in game testing it is now only a few clicks and a lot faster. This makes it viable for me do stuff that was too annoying before, like having to place an object in a map using nothing but XYZ co-ordinates in a text-based editor, then checking it in game and doing it all over again to get the object perfectly positioned. I’d have to manually convert several files and repackage them every single time I made a tiny tweak before, which means one little tweak could take me several minutes to see what it does in game. Now it takes about a minute, meaning placing a CCTV camera perfectly on a wall in Dartmoor only takes a few minutes instead of 15.

If you’re a player it is now ridiculously easy to install a mod. No more renaming things, no more trying to patch your packagedefinition.txt, etc.
Also the ‘patch’ system it uses means people can now have two mods installed at the same time that use the same file. There are big files in the game like the REPO (Repository) which pretty much every single mod that involves items, or changing gameplay settings uses. Other ones are having mods that affect the menu to add in new missions. You can now have more than one of them at a time! However it’s up to the modder to actually use this system. 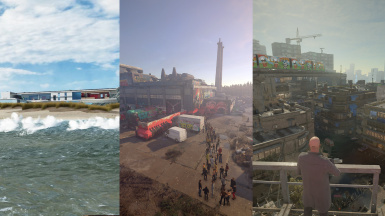 Replaces several maps with daytime versions. This mod will be periodically updated to include other maps. Requires Simple Mod Framework. 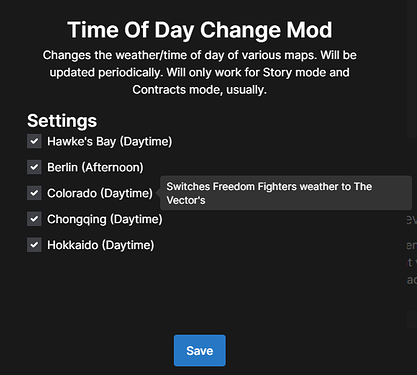 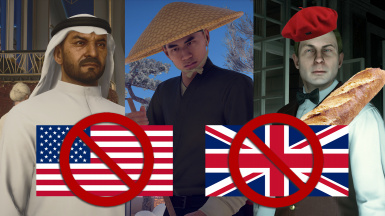 Replaces most of the US/UK accents of European, Asian and African NPCs. French accents in Paris, Asian accents in Bangkok and Hokkaido, Europeans in Berlin and the Swedish Embassy, more South Asian ac

This accent mod is so old it’s not compatible with the patch system, will have to be re-done from scratch to use that feature. BUT you can click tickboxes in the menu for which maps you want to use, and if this mod is loaded first then other mods that use the patch system should be able to be slapped on top of it and be compatible

All the biggest and best mods are going to have no choice in the future but to use this Mod Framework, because it just unlocks so many capabilities and is easier and is faster.

This doesn’t patch the game to alter its loading from servers. Anything that requires offline mode will require offline regardless of installation method. As long as you’re using the right methods to access offline mode it should be fine.

If you’re a player it is now ridiculously easy to install a mod. No more renaming things, no more trying to patch your packagedefinition.txt, etc.

This is what I love to hear! I’ll be moving back to playing the WoA on PC with the upcoming Steam release after a year on Stadia, and at some point in late January I was planning to make a post in the general Modding thread asking if someone would be kind enough to provide a Beginners Guide for Players (rather than Modders) for someone who has zero experience with modding HITMAN.

It sounds like the tools in this thread might provide the kind of easy to use technical platform that makes a Beginners Guide almost redundant, so massive kudos to @Atampy26 and all the other Hitman modding community contributors for creating something that I can’t wait to get stuck into in a couple of weeks time.

Sorry, I’m completely new to mods and this one looks so simple. I installed a mod to try out but whenever I press “Deploy Mods” I get this message:

What am I doing wrong?

Place the framework installation folder in the same directory as the Hitman 3 install itself, eg. C:\Program Files\Epic Games\Hitman 3\Framework\Deploy.exe

Very quick question: what makes this different from QuickMod?

QuickMod didn’t have any mod merging capability, and if I recall correctly, it also didn’t support options for mods. It also only supported chunk0 mods, meaning any level-specific changes couldn’t be made.
So it was basically just an installer for rpkg mods, compared to the framework which not only does what quickmod did (install rpkg mods), also makes creating new mods easier and makes it possible to combine mods that edit the same file.

tldr framework is a better quickmod

This + peacock + The Sarajevo Six mod and plugin released today made my day, we can finally play this on PC. And it’s extremely satisfying to play it this way. Years of work leading to a good modding experience. The Hitman modding community is so awesome. 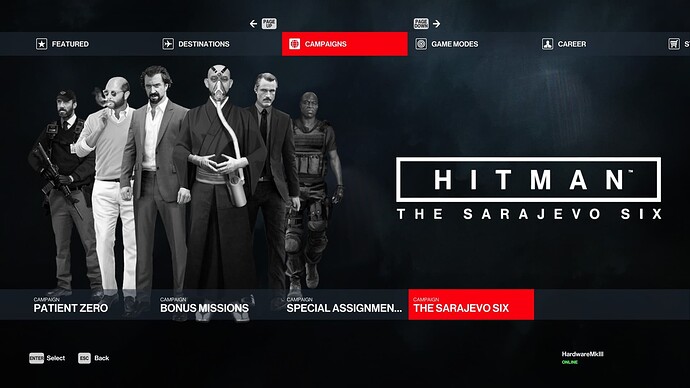 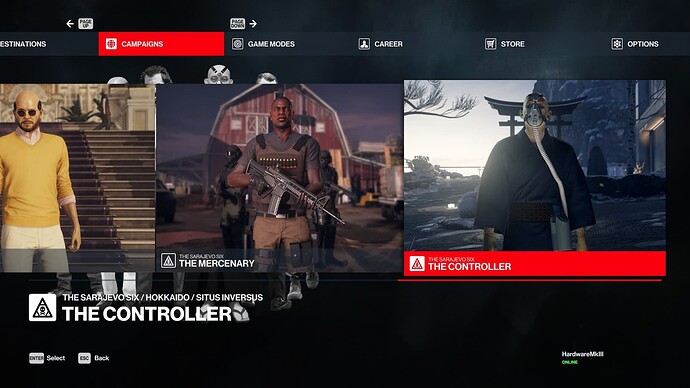 The mod was literally released, and IOI can’t add it for legal reasons.

yeah i wish ioi would just that

I have a question, and I hope it’s not a dumb one. When the game asks for chunk naming conventions and the mod doesn’t have one as it’s file type, do we leave it as chunk0? For example, the 2016 Signature Suit mod has “classic-signature.rpkg” as the name, it isn’t any chunkXpatchY naming type. What should be put it when the Mod Framework is asking about the chunk file?

Depends on which chunk the patch is intended for. Unless explicitly specified, usually the mod targets chunk0.

Are you trying to make your own Framework mod out of a non-framework mod?

If it’s an already made rpkg you can put it in the mod’s folder and implement it by adding this to the mod’s manifest:

But yeah, need to know the chunk for that. Any suit mod can pretty much be guaranteed to be in chunk0, especially if it replaces a suit that’s available on all maps (aka Signature suit or any of the other unlockable suits)

Thanks for the responses, but I am getting a much more elementary error message here.

I couldn’t get it to work like an earlier poster, but unless I’m following Invalid’s post incorrectly, moving all of that into the Framework directory didn’t help, hence the slightly different error message. Having it all in the root folder as the executable gives me djsojus’s error message. My EGS installation is on a different drive than the game, but I doubt that’s the reason for the error message.

When I move it there, I get this message instead.

I’m moving everything wholesale here. Are there certain files that need to be outside of the root directory?